FOR all those who have lost money in the mining sector, take what comfort you can from the fact that many of the big boys have, too. The Outcrop by Robin Bromby*.

Another tale of woe: an acquaintance tells me yesterday that he has just bailed out of a certain mining stock at 4c, having bought them at 40c. He took the bath because he thinks he may lose his entire investment if he hangs in.

This won't be big news to anyone who has junior resource stocks in their portfolios, or any directors who have seen their stake in their company dwindle.

But the real bad news is that, even if prices rebound, much of the big money has left the stadium. And while anyone who has their financial wits about them may do some quick trades once Ben Bernanke presses the green button on the money-printing presses, they will be in and out before most of the rest of us have got out our front doors.

Some big commodity hedge funds have already closed their doors, while others are doing it real rough. Their investors will be doing a maxi version of what our 4c a share seller above is doing: grabbing what money they can salvage. Those of you who were around during the 1987 crash will recall just how long it took the mining sector to get some steam up again. (For those who weren't, and deleting some small bumps and odd enthusiasms, you're really talking somewhere around 2005 for the Speculation Olympics flame to be reignited.)

An email in this week was another hint as to what is going on. It concerned David Thurtell, one of the top metals analysts around. He headed the Commonwealth Bank's commodity arm in Sydney, then spread his wings and served with both BNP Paris and Citigroup (where we was Global Head of Base Metals Research) in London. A few months ago he joined a new commodity hedge fund in the US, Binnacle Capital Group.

The email concerned the fact that Thurtell has left Binnacle. He says "the world economic slowdown is affecting investors' appetites for an exposure to commodities."

The signs have been there for months that high net worth individuals have lost that appetite for trying to make a dollar on volatility and relative-value trading. One analyst report out of London overnight talks about the London Metal Exchange as a roulette wheel, traders not knowing from day to day whether it will be green or red that has them collecting or losing their chips.

In May, for example, we saw three big commodity hedge funds close. One of them was Fortress Commodities run by ex-Soros fund trader William Callanan. It was launched in 2008 with $US1.1 billion. On December 31, 2011, it had funds under management of $US875 million but by March 31 this year that pool was down to $US473 million. Another to close back then was BlueGold Capital, also run by market high-flyers.

Then we saw Centaurus Advisers, based in Houston and run by a natural gas investment whiz, return 20% of its capital to investors because of the state of the market. Another commodity fund has, in the space of 18 months, lost two-thirds of its capital.

It's not just metals, of course. Hedge funds have dropped big money on the coffee and cocoa markets and the oil business, too.

This week The Financial Times reports that "a brief love affair with commodities" is over for the Illinois Teachers' Retirement System, one of the biggest pension funds in America with assets of $US36 billion. The newspaper says that, four years after hiring managers to get the fund into commodities, it has scrapped that strategy.

The fund set aside $US600 million for the wager on commodities and the managers got that up to $US652.8 million - and then along came the GFC.

Other funds have followed suit in pulling their cash out of the sector, although the FT names some funds that are still in commodities or intending to make the plunge: in the latter case, the Indiana Public Retirement System is seeking managers to invest 8% of its fund into commodities.

If Bernanke (with Beijing's help) can pull off a repeat of the 2009 bounce-back, then we'll see some deep-pocketed investors come back.

If the fed can't repeat the magic, then we're in for a long, drawn-out recovery. And the money will go elsewhere in the meantime.

*First published in sister publication MiningNewsPremium.net on Thursday - before the US Federal Reserve announced its QE3 bond-buying measures which have lifted markets for the time being.

Terrestrial dam would be far too dangerous, says Minister 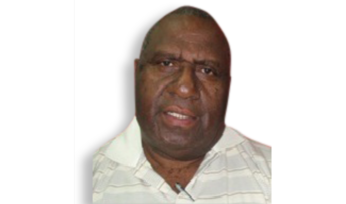 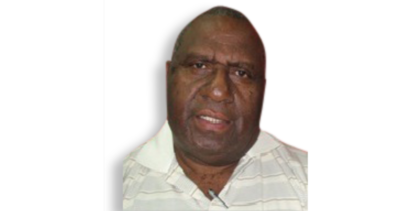 No mining, so no power for Porgera