The Journal Papua reported that Hamadi, 33, died early in the morning of July 28 at the Dok II Hospital in Jayapura.

The Free West Papua Campaign described Hamadi as a truly brave and strong person who devoted her life to her people's cause.

"Rest in peace Olga Helena Hamadi, we will always remember you and your incredible advocacy for your people. One day West Papua will finally be free at last," the organisation said.

Karma, a 56-year-old independence activist was arrested in December 2004 for raising the Morning Star flag at a ceremony in Jayapura. He was subsequently charged with treason and given a 15-year prison sentence. He was released on November 19, 2015.

Hamadi had also received threats over the investigations she conducted into allegations of Indonesian police torturing West Papuans.

More than 100 people have paid tribute to Hamadi on the Free West Papua Campaign Facebook page.

Hamadi had worked for the Papuan Legal Aid Foundation (LBH) since 2005 and the Commission for the Disappeared and Victims of Violence (KontraS Papua) since 2009.

Since her start at LBH, Hamadi had taken on politically sensitive cases, concerning mostly indigenous Papuans who were charged with treason for publicly expressing their opinions and being involved in demonstrations.

Many of her clients were arrested without due legal process and are often allegedly mistreated or tortured by the police.

Among her clients are also KNPB (West Papua National Committee) activists - an organisation campaigning for a referendum on the future status of Papua.

"Because of the sensitive cases Olga takes on against the military, the police and the security forces, she is often monitored and spied upon blatantly while working at the KontraS Papua office," said Lawyers For Lawyers.

"One of the cases had to be discontinued due to intimidation and pressure from security forces. She is intimidated by telephone repeatedly, meetings with her clients are obstructed by the security forces and at some political trials psychological pressure is exercised by a huge presence of police, military and security forces," Lawyers for Lawyers said.

Lawyers For Lawyers notes that during one case, the police incited the community to boycott the lawyers, causing a threatening mob at the court.

"The brakes of Olga's car were cut just before a planned campaign in Australia (in November 2011) about the Papuan human rights situation and in particular the forced dispersal of the Third Papuan People's Congress. This Congress on upholding the basic rights of Papuans was attended by about 5000 Papuans. These intimidations make it difficult to carry out her work." 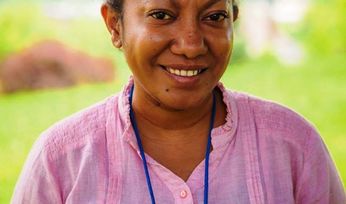 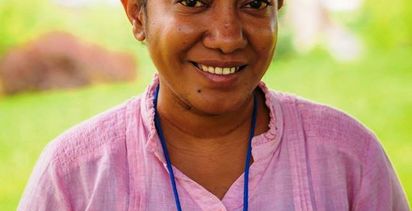