THE board of Intrepid Mines has managed to fight off an attempt by a group of shareholders to take control of the troubled company. It came after proxy advisors Ownership Matters and CGI Glass Lewis told institutional investors recently to vote against the resolutions in line with Intrepid's recommendation.

Quantum Pacific slammed the result, but said the issues surrounding the loss of the Tujuh Bukit project in Indonesia were difficult to explain to shareholders.

"It is surprising that following such a transparent corporate fiasco, a majority of shareholders that voted today have preferred the virtual certainty of failure instead of trying a new approach," Quantum Pacific said in a statement.

"Quantum are shareholders in Intrepid and like almost all other shareholders, we are facing a significant financial loss.

"We will however reassess our situation as a shareholder, as our confidence level in the board's ability to recover any value for shareholders remains zero."

In his chairman's address, McMaster said that since the shareholders first called the coup, there had been an influx of new shareholders from Indonesia, Singapore and Hong Kong, to the point where about 20% of the stock was held by Asian investors.

"Many of the shares are held through nominees, a number of whom have been very reluctant to reveal the beneficial holders as they are required to do so," he said.

McMaster said the company was in contact with regulators over the lack of transparency.

The focus for Intrepid will now turn back to securing an interest in Tujuh Bukit, with the board seeking legal action to resolve the dispute. 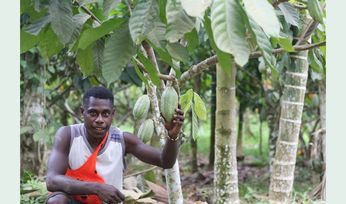 Intrepid board confident of win

COMP hits back at governor's remarks over MRA

Bid to roll the board of Intrepid