BHP's $9.2B interim profit no surprise

DELIVERING an interim profit of $US9.94 billion ($A9.21 billion), about on par with market expectations, the world’s largest miner was not immune to inflationary pressures which wiped $401 million from its bottom line, while impacts of the strong Aussie dollar further reduced earnings by $632 million. 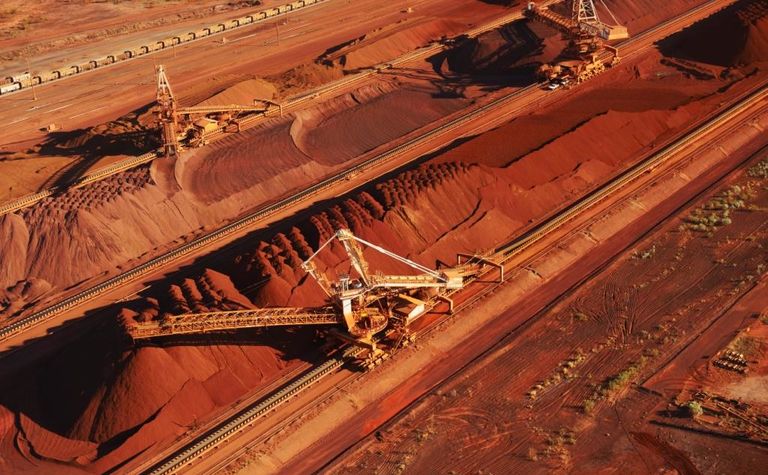 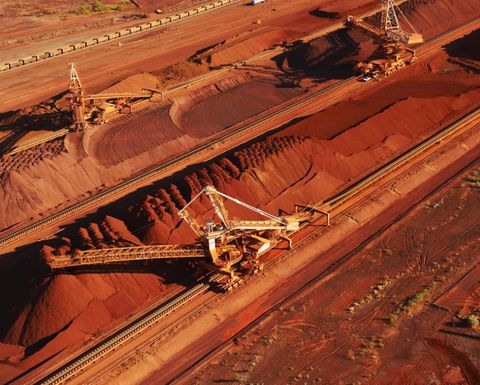 The half-year result compares to a profit of $10.7 billion in the corresponding period of last year and signals BHP's first decline in earnings since the global financial crisis in 2008, thanks mainly to lower commodity prices.

Attributable profit was down 6% and profit, excluding exceptional items, was down 7% to $9.9 billion.

An interim dividend of 55c per share was declared.

Of the $12.3 billion generated in operating cash flow for the period, a further $9.6 billion was invested in exploration, while gearing was increased to 25% following the $20 billion acquisition last year of Petrohawk Energy Corporation in the US.

Record production for two commodities, mainly its Western Australian iron ore business which rose to 178 million tonnes per annum on a 100% basis in the latest quarter alone thanks to the ramp up at Yandi, dual tracking of rail infrastructure and additional ship loading capacity at Port Hedland, as well as record half year volumes from its New South Wales Energy Coal division, were countered by broader challenges across the group.

It also recently announced plans to sell its diamond division and its 37% interest in the Rio Tinto-owned Richards Bay mineral sands operation in South Africa.

Underling EBIT for the December half from the WA iron ore operations increased by $2.1 billion to $7.9 billion, with underlying EBIT increased to $2.2 billion, net of price linked costs.

Its Pilbara operations are expected to achieve a production rate of more than 200Mtpa by the end of the 2014 calendar year with a further $779 million recently invested in pre-commitment capital for the outer harbour development at Port Hedland which has the potential to increase capacity to 450Mtpa.

The board is targeting approval of this by the second half of the year with commissioning scheduled for the 2016 calendar year.

Production records from its NSW Energy Coal and Cerrejon Coal operation in Colombia led to underlying EBIT increasing by $453 million to $787 million for the period.

Underlying EBIT for its metallurgical coal division increased by $85 million to $1.5 billion in the December half, but in contrast, a 15% decline in sales volumes from Queensland Coal reduced underling EBIT by $216 million while higher costs, partly reflecting flood recovery efforts, reduced underlying EBIT by a further $481 million.

Its petroleum division recorded a $1.1 billion increase in underlying EBIT to $3.9 billion with higher prices the major contributor.

"We have had contrasting fortunes in different part of our portfolio and remain cautious when it comes to the global outlook in the short to medium-term," BHP chief executive Marius Kloppers said at a briefing in Sydney this morning.

"In the longer term, we remain positive on the outlook for the global economy as the drivers of urbanisation and industrialisation in China, India and other emerging economies are expected to underpin global growth and robust commodities demand.

"Of the commodities, copper and iron ore are expected to remain supported by their compelling supply-demand fundamentals while the structural shift in Chinese demand for metallurgical coal remains well entrenched. Geopolitical factors are once again likely to influence crude oil pricing.

"In contrast, the outlook for aluminium, nickel and manganese alloy industries remains challenging and had led to a significant margin compression for most producers, almost irrespective of their position on various global cost curves.

"We have implemented measures to address industry-wide challenges in the nickel, aluminium and manganese alloy product groups."

Early this month BHP announced it would be cutting the workforce from its nickel division by up to 155 personnel to combat lower prices for the base metal and the impacts of the strong Australian dollar.

Underlying EBIT from this division, which includes the Cerro Matoso operation in Colombia, decreased by $356 million to $1 million.

Meanwhile, the $2.9 billion Worsley efficiency and growth project, which is expected to add an extra 1.1Mtpa of capacity to the operation and grow throughput rates to 4.6Mtpa is due to come on line in the current quarter.

Underlying EBIT from its aluminium division for the half year declined by $84 million to a loss of $67 million.

A further $1.2 billion has already been earmarked for the first phase of the Olympic Dam expansion in South Australia following environmental approval and the successful passage of the indenture agreement through the SA parliament.

As for its manganese arm, underlying EBIT decreased by $281 million to $149 million with a 22% decline in average prices and a 10% drop in average alloy prices the major drags on profitability and reducing underlying EBIT by $223 million, net of price linked costs.

A squeeze on margins was further exacerbated by an increase in raw material costs which reduced underlying EBIT by $69 million.

At Escondida, board approval for the Organic Growth Project 1, which will set the framework for multiple phases of expansion, is due by June with commissioning scheduled for calendar 2015.

At the end of December 219,718t of outstanding copper sales were re-valued at a weighted average price of $3.45 per pound with the final price to be determined over the remainder of the 2012 financial year, while a further 239,156t of copper sales for fiscal 2011 were subject to a finalisation adjustment in the current period which, when coupled with the provisional pricing impact, decreased underlying EBIT by $258 million.

Its evolving potash story is also growing legs with $1.2 billion committed to date on the 3 billion tonne Jansen resource in Canada.

Board approval is expected this year based on an initial rate of 8Mtpa, but ultimately this could double 16Mtpa.

No interim dividend to be paid 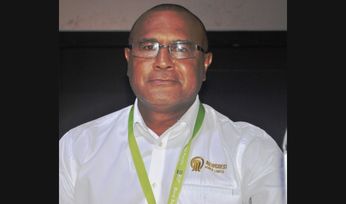 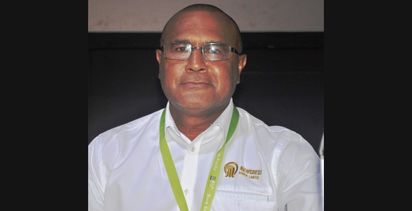