BG Group’s Queensland Curtis LNG project has suffered a $US5 billion ($A4.8 billion) cost blowout as the increasing costs of doing business in Australia start to bite. 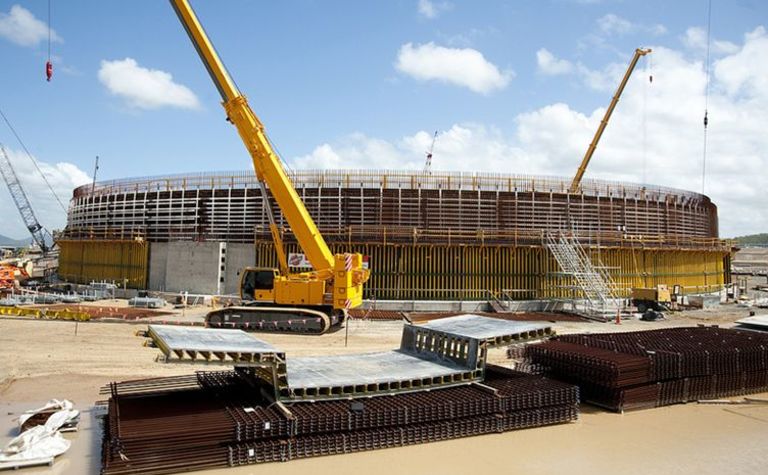 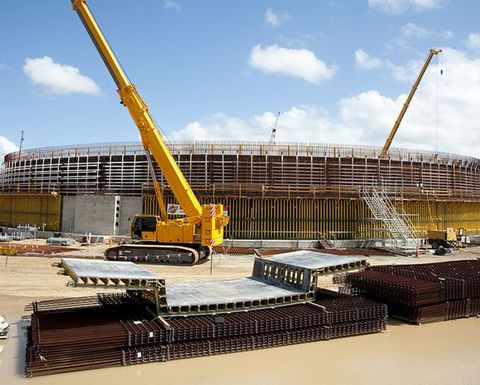 From its first-quarter results, BG revealed the strong Australian dollar, increasing costs for local services and growing regulatory hurdles had pushed the cost for the project to $20.4 billion.

"BG Group now estimates that the QCLNG sanctioned investment of $15 billion will increase by 19 per cent due to local market effects, increased costs of compliance with regulatory processes and some scope change.

"This underlying cost increase, combined with the 20 per cent appreciation of the Australian dollar, yields a revised QCLNG investment of $20.4 billion and an upstream unit [capital expenditure] of $9 per barrel of oil equivalent."

The cost blowout for QCLNG, one of three sanctioned coal seam gas to LNG projects in Gladstone, comes as the Australian resources sector becomes increasingly vocal about the costs of doing business in Australia.

Deutsche Bank analyst John Hirjee was quoted by the Australian as saying BG's announcement was indicative of the challenging construction environment.

But Hirjee said BG's CSG resources were in more environmentally sensitive areas than the other projects, making compliance a greater burden.

"In addition, we continue to hear well productivity and the pipeline route have added further project-specific costs," he said.

The cost increase will no doubt raise concerns for GLNG and APLNG, the other two sanctioned CSG-LNG projects in Gladstone, however, Hirjee cautioned applying the same increase to those projects.

Meanwhile, despite the bad news for QCLNG, BG said the project was making good progress towards first LNG in 2014 with around $1.1 billion invested during the quarter.

BG CEO Frank Chapman said the drilling capacity for the project had increased and delivered more than 70 wells in the quarter, including 31 in March.

Drilling activities are expected to continue ramping up, with BG to increase the number of rigs from six to 11 in the second half of the year.

To date, around 800 wells have been drilled.

"At the LNG plant on Curtis Island, dredging continues to progress to schedule, construction of the two LNG storage tanks is ongoing and the first of 47 modules from Thailand is due for delivery in the second half of 2012," Chapman said.

"Despite cost pressures, the project remains firmly on track for first LNG in 2014."

The exploration and production business achieved a 5% increase in volumes to 60.9 million barrels of oil equivalent, while total operating profit from the LNG business was up 42% to $812 million, boosted by continuing strong demand from Asian markets.

MACQUARIE Wealth Management has maintained an outperform rating on Santos shares despite its reservations...

$21.5B in Tropical North Queensland pipeline