IN THE carnage of the recent market, Allan Trench finds that market risk has now become asymmetric, for some companies at least, but the hit/miss rate risk for the exploration drill rig has remained constant – and therein lies the opportunity. 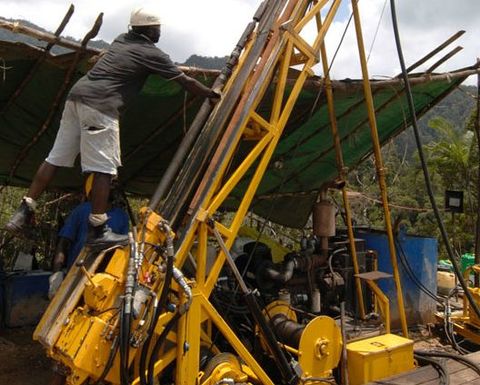 It is about now that market commentators wheel out the old Warren Buffett quote that "when others are fearful, be greedy" or words to that effect.

That's good counsel of course - but is about as specific as "buy low, sell high" when it comes to finding the right time to buy.

A lesser used sage quote - but one that also makes an occasional appearance about now - is 18th century Scottish economist Adam Smith's quote that "of all those expensive and uncertain projects, which bring bankruptcy upon the greater part of the people who engage in them, there is none perhaps more perfectly ruinous than the search after new mines".

Buffett is right, of course, and Smith is no longer in a position to argue back if your scribe claimed him to be wrong.

But Smith was indeed wrong, at least in part. Things have changed a bit since the 18th century when it comes to exploration - and not only in a technical sense.

Back in Smith's day, people invested directly in mineral exploration, carrying all the risk amongst a small number of parties, with immediate cash calls upon those who backed the risky business of mineral exploration when payable ore proved elusive.

Fast forward to the 21st century and the situation is far different - at least in part that is.

Now it is not just a small number of high-net-worths who back privately funded exploration ventures but a greater number of "far-lesser-worths" (with your scribe included in this latter grouping), who back public companies that are active in the exploration space.

Next we need to consider the context and timing of the current market. So if we start the exploration game right at the commencement of proceedings in a very harsh investment environment then indeed, it is a very difficult time to invest from scratch in a new IPO, for example, with an enterprise value over and above its cash reserves.

But that is not actually the case for all companies. For most, the exploration clock started some time ago, meaning they all did not list on the ASX last week!

So for a subset of fortunate companies, the risk capital has already long-since been raised and is sitting - hopefully not idly - on exploration company balance sheets.

So now is in fact an ideal time to invest in selected exploration companies, particularly in those companies sitting on more cash than their market capitalisation. Why? Two reasons:

Firstly, in a number of companies there is opportunity to buy into a debt-free company for less than the value of its cash reserves. The exploration assets (and in some cases development assets) come for free. All else being equal - that favourite phrase of economists - buying cash for less than its value is a good investment.

Secondly, mineral exploration carries principally technical risk over market risk and that technical risk can be diversified by investors simply by buying more than one company. To explain that further, the chances of hitting or missing an exploration target are not related to the woes of the Greek economy - although the size of the eventual prize is still determined by commodity prices.

So there you have it. Seek out those pre-production companies that are sitting on a pile of cash and consider them for investment. Broadly speaking, three things may happen to these companies, with the risk asymmetry skewed to the upside.

Firstly, the company may actually hit something when exploration drilling - in which case their asset base increases materially and their share price will rise (eventually).

Secondly, they may be opportunistic in the M&A game and use their (premium) cash to leverage into a value-adding deal - perhaps with an asset-rich, but cash-poor peer company. That's good for the share price too.

Finally, of course, there is the chance of failure; that the cash will slowly drain away without either exploration or corporate success.

So it wasn't actually a famous Scottish economist or the Sage of Omaha that summarised the investment situation facing potential investors in these companies. It was a slightly less famous American rock star - one called Meatloaf.

You guessed it. The appropriate investment thesis comes from the Bat out of Hell album. Put simply, that "Two out of Three Ain't Bad".

Allan Trench is a Professor of Mineral Economics at Curtin Graduate School of Business and Professor (Value & Risk) at the Centre for Exploration Targeting, University of Western Australia, a Non-Executive Director of several resource sector companies and the Perth representative for CRU Strategies, a division of independent metals & mining advisory CRU group (allan.trench@crugroup.com). 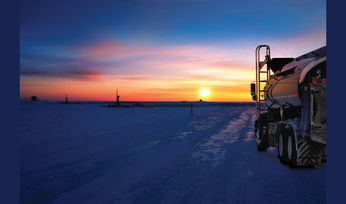 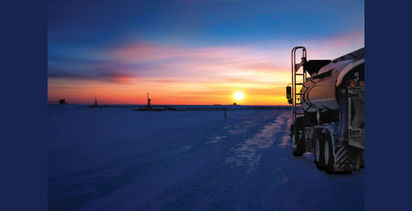