A START-UP mining company, focusing initially on alluvial gold in Papua New Guinea, is looking for the right people to get things up and running. 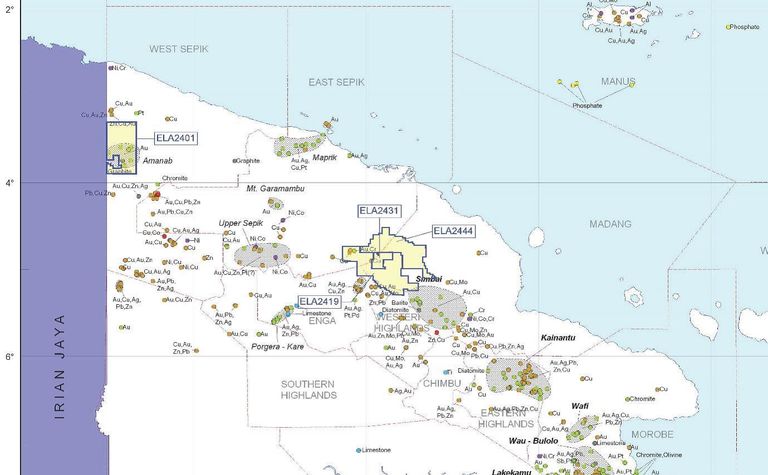 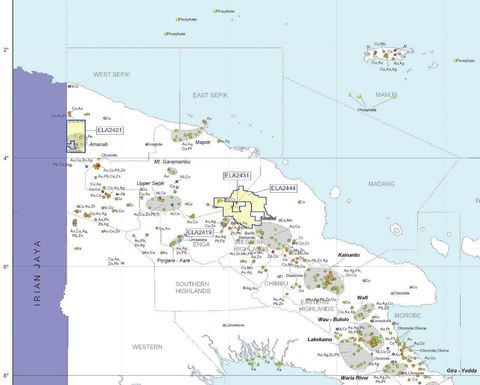 Gryphon Minerals and Energy Melanesia intends to use the proceeds from alluvial gold production to provide the cash flow to explore for hard rock gold, base and platinum group metal deposits in the country.

Gryphon chairman John Heugh explains: "The company, via its joint venture partners, has the rights to earn up to 85% of El Dorado Mining and Energy Ltd, the applicant, which has more than 7500 square kilometres of ground in exploration licences applications, making it the biggest holder of mining ground in PNG subject to grant.

"Gryphon also has knowledge of more than 1000sq.km in these application areas where there is demonstrated potential for alluvial gold based on the Witswatersrand model of deposition. Several areas are being mined by artisinals with grades up to and over 6 grams per tonne, or 14g per cubic metre," Heugh said.

Heugh added that there had been no large scale mechanised mining of alluvials or hardrock deposits within the area of interest nor has there been any systematic broadacre exploration.

Gryphon is seeking expressions of interest from potential directors capable of spearheading a seed capital raising under an Australian Financial Services licence followed in time by an initial public offering or backdoor listing.

The company said it was looking for someone with experience in seed capital and start-up mining, along with ASX-listed board level mining company experience and a track record of corporate governance specialising in finance, funding and treasury control.

The company said that a departure from more conventional exploration would be made, using initial airborne ZTEM geotechnical surveys to find "very large company-making targets followed by potential ‘discovery' drilling within 12 months of survey start".

"We have been working towards this over the last several years in a counter-cyclical investment strategy but the time is right now to accelerate the process with gold approaching the $A1800 an ounce level and a lot of uncertainty in the world's financial and securities markets which shows no sign of medium to long term stability.

"Already we have used remote sensing techniques to pinpoint at least eight very large high priority targets for hard rock gold and base metals and plan to use ZTEM to augment this work and to rapidly cover the whole area and get to drilling major targets.

"More than 1000sq.km, or 247,000 acres of the tenement package has real potential to generate short term cash flow from alluvial gold which has thus far only been worked by artisanal miners.

"Grades of gold have ranged up to more than 6gpt gold and more than 3gpt platinum. We believe that there is scope for very large scale mechanised mining of alluvial gold from massive wedges of outwash sands and gravel in both recent and palaeo-deosits from immediately adjacent gold-bearing mountainous terrain. Total production costs, utilising gravity and magnetic processing only, are anticipated to be less than $A500/oz," Heugh said.

Heugh invites expressions of interest to be emailed to him at johnheugh@gryphonme.com. 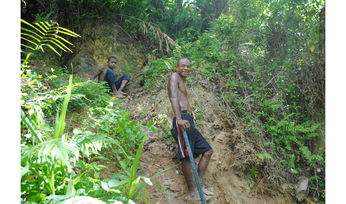