FOR the first time in the nation's history, troops from the Papua New Guinean Defence Force – the 17th Kumul Force – have been deployed on Australian soil. 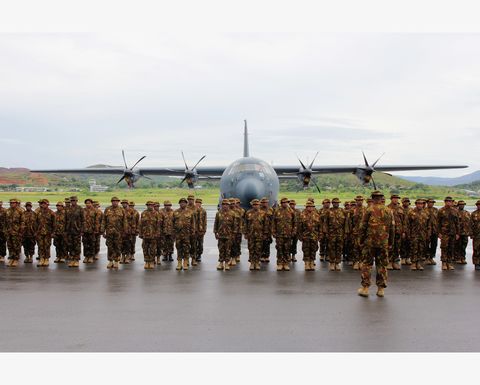 The 17th Kumul Force ready for deployment in Australia

One hundred troops touched down at the Townsville Royal Australian Air Force base just after 1pm on Monday ahead of operational deployment in Victoria, assisting with the bushfire crisis.
Before the troops left from Nadzab Airport in Morobe Province, Prime Minister James Marape said the Australian government had always been there for PNG, whether in good or bad times.
"Therefore, to reciprocate, we lend our hands to support them today," Marape told dignitaries and journalists.
In Lae, Marape met the 76 members of the Engineering Battalion based at the Igam Barracks who were preparing to leave for Port Moresby on an Australian Hercules aircraft, The National newspaper reported.
The soldiers will spend three months conducting "routine clearance tasks" such as the clearing of roads and bridges to allow firefighters to reach fire-ravaged areas.
The remainder of the 100-man force comes from a contingent based in Port Moresby.
Meanwhile, other groups and companies have offered their assistance to complement the government's contribution, The National reported.
Air Niugini is on standby to transport free of charge any PNG firefighters to Australia.
A golf tournament is being planned in Port Moresby on Jan 31 to raise funds for the fire appeal.
The month-long East New Britain Australia Bush Fire appeal was opened on Tuesday by Governor Nakikus Konga.
The Divine Word University Alumni Association is also organising activities to help out.
Hevilift is also offering to send helicopters across to Australia if needed. 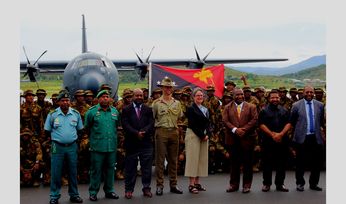 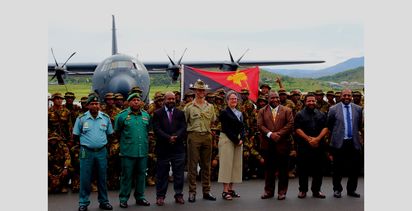