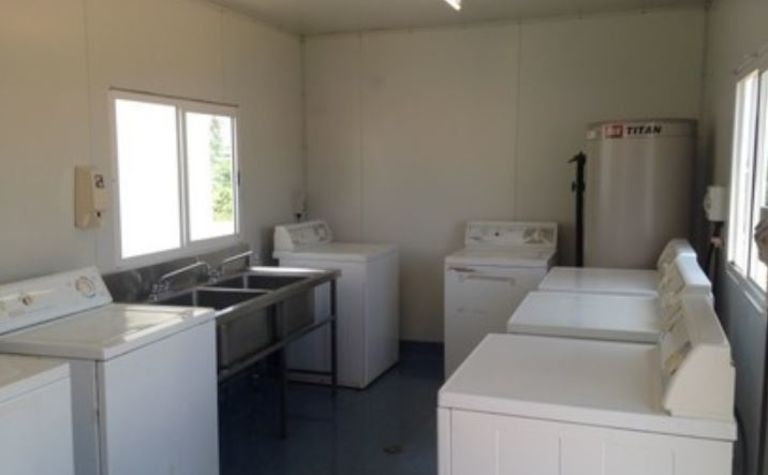 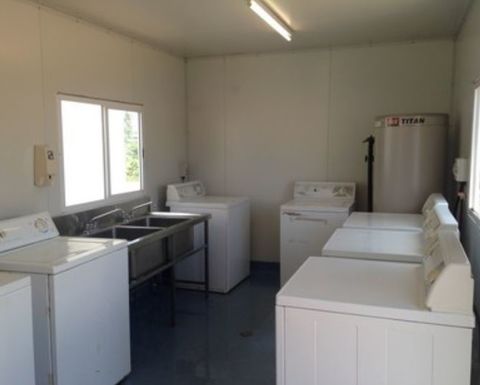 Well equipped facilities at East Lorengau, where the asylum seekers are refusing to move

The department said that recent media reporting regarding conditions at the former Manus Regional Processing Centre (RPC) failed to acknowledge that those still residing there were doing so by choice.
"There is new, clean, safe alternative accommodation available to them. As we have previously said, at 5pm on October 31, PNG authorities formally closed the Manus RPC. From that time, the department's staff no longer had authority to remain on PNG's Lombrum Naval Base and departed, along with other service provider personnel and PNG Immigration and Citizenship Service Authority personnel.
"At the departure of Australian personnel, the former Manus RPC had running water, clean facilities, and functioning ablutions. Residents had also been informed, weekly since May 2017, that the RPC was closing and these services and supports would transition to alternative accommodation.
"Following PNG's closure of the RPC on October 31, the facilities provided at that location were switched off and works to fully decommission the RPC-site were scheduled. It should come as no surprise that the refusal of some to move from the decommissioned RPC site has allowed these facilities to fall into disrepair.
"We categorically reject all claims that this represents a ‘humanitarian emergency' as has been alleged in some quarters. Refugees and failed asylum seekers staying at the RPC-site are making an informed choice to do so, and have been provided with information and assurances from the PNG government that facilities are ready and waiting at alternative locations.
"The PNG Supreme Court has refused legal applications to reopen and restore services at the former-RPC. It is important to note that the court was "satisfied" that the government of PNG has provided suitable alternative accommodation that; allows for free movement and access of refugees and failed asylum seekers; is of good standard; and, is sufficient for their daily needs.
"A small group of people, intent on coming to Australia, continue to misrepresent the circumstances they face. In that context we note comments from the Prime Minister of PNG who has said that ‘those involved in disruption have been identified and appropriate means will be used to apprehend individuals who are causing unnecessary anxiety and violence'.
"PNG-determined refugees and failed asylum seekers should move to the alternative locations and access the services and support that the PNG government has provided. Anyone advocating otherwise is encouraging former residents of the RPC to remain, at their own risk, in potentially hazardous and unhygienic circumstances.
"There are already around 150 refugees and failed asylum seekers who have moved to, and are receiving services at, the alternative accommodation sites."
Images of of the East Lorengau Refugee Transit Centre may be viewed at http://goo.gl/X8A1wU
Meanwhile, O'Neill has cautioned the ringleaders of a demonstration at the RPC - and told them it was time to move to new accommodation.
"The Manus Centre was established for the sole reason of processing asylum claims, now all claims have been processed and the centre has closed. The centre will not be reopened and it will be returned to its former function as a Defence Force facility.
"Given the Supreme Court's decision, the government has no choice but to intervene for the wellbeing of both the refugees and non-refugees. Those involved in disruption have been identified and appropriate means will be used to apprehend individuals who are causing unnecessary anxiety and violence," O'Neill said.
O'Neill added that the actions of the were heading for a "law and order situation, as well as a hygiene and sanitation problem, and it will be dealt with as such, whether they are genuine refugees or not".
He said there were 610 men on Manus who had been found to be refugees and arrangements were being made to settle them in third countries.
"There are also 210 men who have been found to not be legitimate refugees. Now that the processing of asylum claims has been completed, the relocation exercise is taking place where there is a separation of genuine and non-genuine refugees."
He said that the government and the people of Manus were simply asking all refugees and non-refugees to behave in a peaceful and orderly manner. 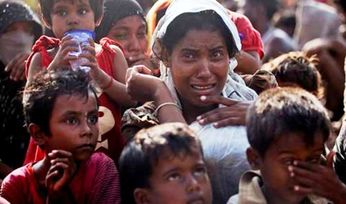 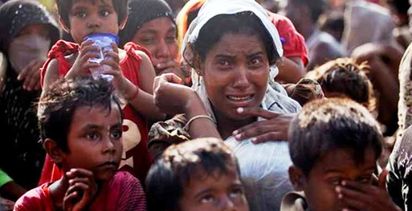