A ZOO in Australia may help save Papua New Guinea’s tree kangaroo. 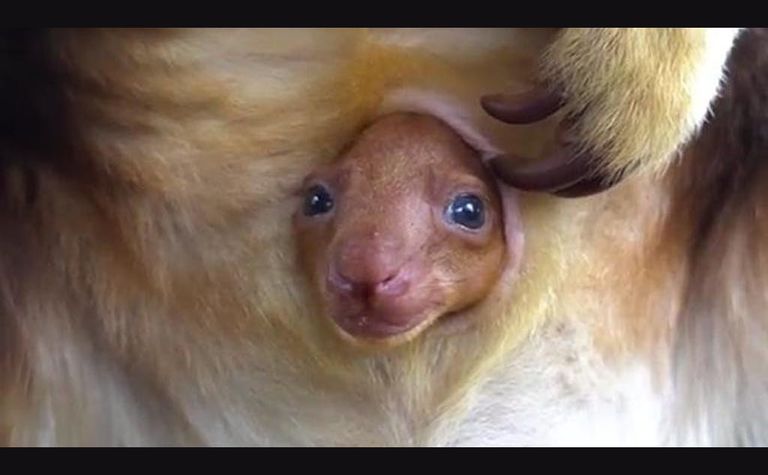 And help from PNG's coffee farmers could improve the fortunes of the endangered Goodfellow's kangaroo.
In early 2016, zookeepers at Healesville Sanctuary in Victoria, Australia, introduced a female tree-kangaroo named Mani to a male tree kangaroo named Bagam with one urgent objective: to swell the ranks of the endangered species.
Two years later, their hopes were realised when a routine check of Mani's pouch found a newborn joey the size of a jelly bean.
Before poking its head out for the first time in early September, the joey spent about six months nursing and growing in Mani's pouch. During that time, the conservationists of Zoos Victoria were championing tree kangaroos on a whole other front - by helping coffee farmers find profit in protecting the species' habitat.
The arrival of the joey, which is still unnamed, was a cause for rejoicing. It's the first successful birth at Healesville Sanctuary of the Goodfellow's tree kangaroo, one of the rarest among more than a dozen species of the animal found in parts of Papua New Guinea, Indonesia, and Australia.
The sanctuary and two zoos make up the Zoos Victoria organisation, which works with like groups around the globe to ward off extinctions in the wild and also sustain species in captivity through breeding programs.
Goodfellow's tree kangaroos have shorter legs and stronger forelimbs than their ground-hopping wallaby and kangaroo cousins.
This anatomical trait gives them agility in the treetops but also makes them a bit clumsier than their cousins when they're on the ground. So being killed by hunters is one of the main threats they face in the wild, says Chris Banks, manager of conservation partnerships at Zoos Victoria. 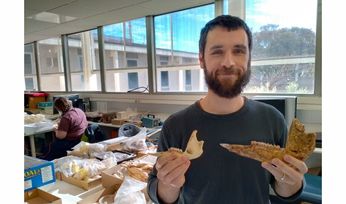