MOROBE Province was yesterday morning shaken by a 7.2 magnitude earthquake which took place 33km from the mining and industrial town of Bulolo and 66km from the provincial capital of Lae. 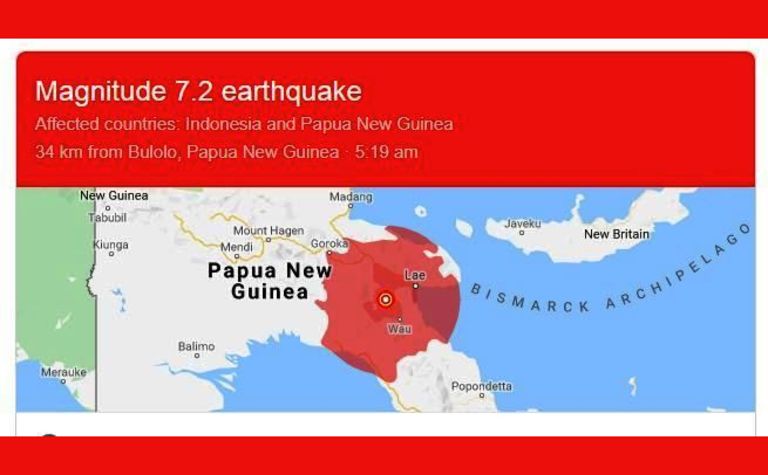 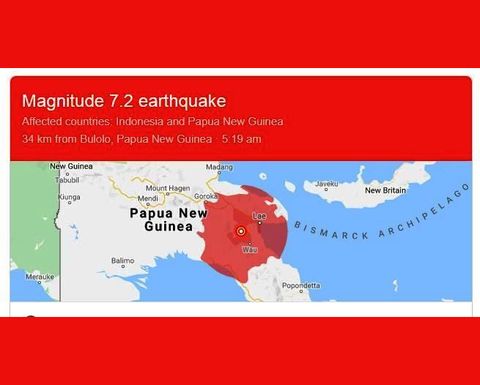 The US Geological Survey said the quake was felt in Port Moresby as well as in Far North Queensland. Because of the depth of the epicentre, at 127km, there was no tsunami threat, the Pacific Tsunami Warning Centre said.
Agence France Presse said the fire department in Lae said no one had yet called in to report damage or injuries. Social media photos from Lae show stock strewn over the floors of supermarkets and clinics, though there appears to be little structural damage.
The Moresby-based National Disaster Management office said there had been no immediate reports of damage but news from the quake zone could take time to trickle in.
State utility PNG Power said several of its power plants in the area of Ramu and Baiune had been knocked offline due to moving machinery, minor damage to power houses and damaged transformers.
The USGS automated assessment predicts a 65% chance of zero fatalities, and just 4% odds for there being up to one hundred. Economic losses are expected to be minimal.
All to fresh in memory of Papua New Guineans however, was the February 2018 earthquake in the Southern Highlands which wiped out villages and killed more than 125 people. 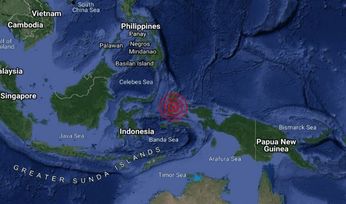 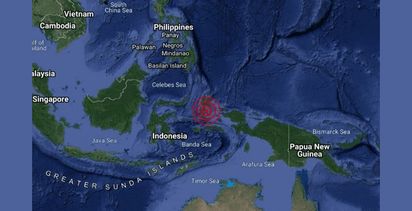 New mine for Morobe Province