PAPUA New Guinea had moved up to second place in the medals tally at Pacific Games in Samoa yesterday with a total of 130, just behind New Caledonia which has 182. 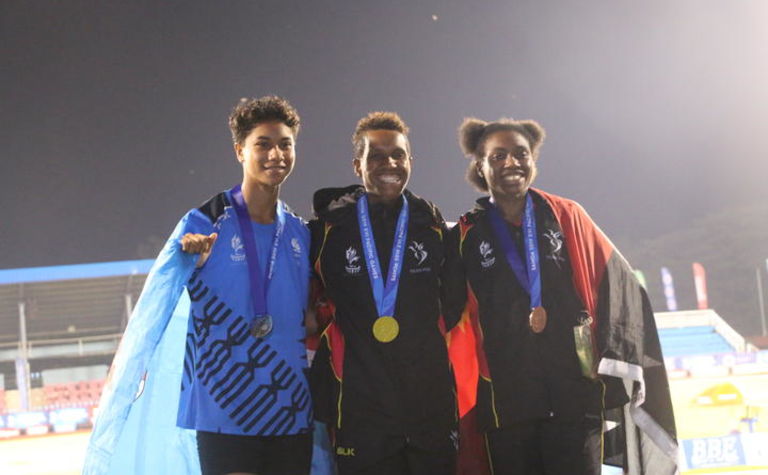 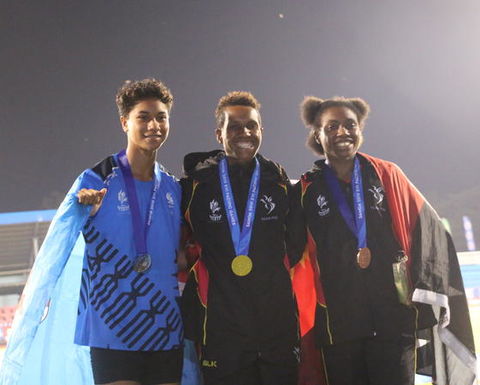 At the end of last week, PNG was the big movers on day 10 of the Pacific Games, winning 12 gold medals to take the country up to third place in the overall standings, Radio New Zealand International reported.
The 2015 hosts defended their titles in the men's and women's 4x400m relays, while sprint queen Toea Wisil became the first woman to win three straight gold medals in the women's 200m.
"Happy for my younger ones (in the 4x400m team) and to win the 4x400m means a lot to us. I know the 200m is mine but I'm proud for the four by four," she said.
It was a big day for Team PNG at Apia Park, with Sharaon Toako winning the women's javelin, Poro Michlyn Gahekave claiming gold in the women's 1500m while Annie Topal upset compatriot and Oceania champion Rellie Kaputin to win the women's triple jump.
Meanwhile over at the Faleata Sports Complex, PNG won six of the nine categories on day one of powerlifting.
Team PNG Chef de Mission Emma Waiwai said it was by far their most successful day of the Games.
"We got what we expected to get today so I suppose that for us that's a good thing. Generally this week we've been getting the golds that we knew we were going to get."
"Last week was a bit more difficult for us. In terms of swimming we don't have Ryan Pini anymore, so I suppose that's a really big loss for us...in the water, but yes today is a really good day for us. We're all excited about the golds we got and hopefully tomorrow we will get a few more golds as well," she said.
PNG topped the medal table in Port Moresby four years ago but, with New Caledonia already assured of top spot in Apia, Emma Waiwai admits Team PNG have a lot of work to do if they want to catch up.
"It's really up to us now at home to start to say how can we be a bit more competitive, because when we go away the first thing that needs to happen is we have to take the strongest team."
"That's probably what hasn't been happening but we brought a team that I know was very competitive for these Games - I can't take anything away from the athletes and I'm really, really proud of all of them and how they've competed so far."
Papua New Guinea still have plenty of strong gold medal prospects in the final two days in Apia.
At least one title is already assured in tennis, with top seed Abigail Tere-Apisah to face off against her niece Violet Apisah in the women's singles final.
Rellie Kaputin and Annie Topal will be at it again in the women's long jump while PNG will also be defending the titles in the men's and women's 4x100m relays.
PNG fighters have also advanced to a number of finals in the boxing competition in Savai'i, while the mixed touch rugby team are looking to make it a clean sweep of gold medals at Marist Saint Joseph's Stadium.
New Caledonia managed just the one gold medal on Thursday, with Thierry Cibone defending his title in the men's para shot put, but the French territory remain out of sight atop the medal standings with more than 60 gold medals and close to 150 all up.
Nauru nabbed two gold medals and Samoa's former Commonwealth Games weightlifting champion Niusila Opeloge taking out the women's 84kg division. 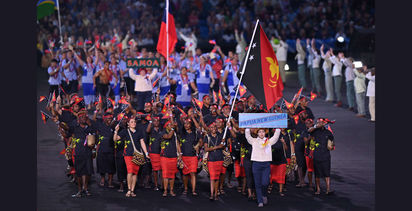