IT is something of a miracle that four people survived, drifting in the ocean for 32 days after the boat in which they were travelling had capsized. 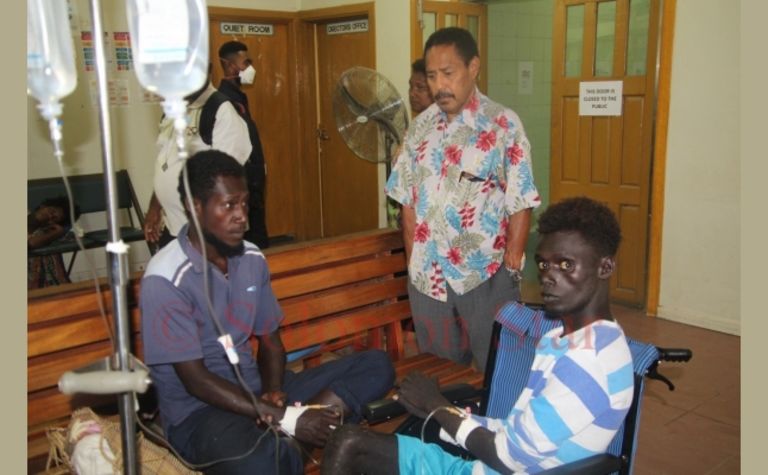 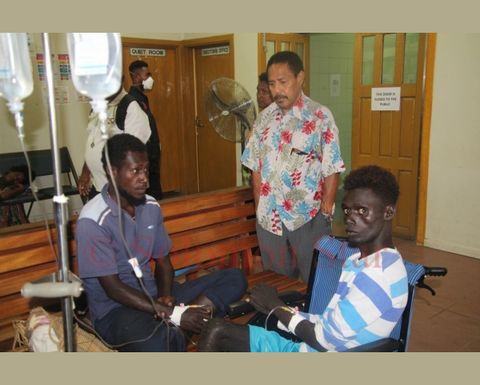 PNG high commissioner John Balavu with the two male survivors at the National Referral Hospital. Dominic Stally is seated on the left. Picture by George Gwaimani

The Solomon Star newspaper reports that the four, two males and two females, were rescued by another fishing boat after setting out as a group of 12 on December 22 from the Bougainville town of Buka.
On arrival last weekend at the Solomon Islands International Ports in Honiara, the survivors were then transported immediately to the National Referral Hospital (NRH) for medical attention following the terrible sea ordeal.
The survivors included a woman, a girl of about 12, and two young men.
One of the men, Dominic Stally, was the only one who had the strength and energy to talk. He told the Solomon Star newspaper they said they left Buka on December 22 to celebrate their Christmas on Carteret Islands when the drama began.
Stally said when their boat capsized, some of them went missing immediately while others continued to swim with the boat. He said they were able to refloat the boat, which the four survivors were able to climb back into.
"We could not do anything with their dead bodies. We just have to let go of them at sea. A couple died and left behind their baby. I held on to the baby but later it died too. I am really sorry  but there is nothing more I could do to help save the family," he said.
Stally said they saw many fishing boats, which went past in the distance, but they were unable to attract their attention. Finally on January 23, one fishing vessel travelling their direction spotted them and picked them up.
"We were picked up by a fishing boat just close to New Caledonia and we were kept and fed in the ship until we were told to off load here in Honiara. We spend about a week in the fishing vessel before being dropped off here," he said.
Stally said they only survived by eating and drinking floating coconuts and collecting rain water for drinking using a bowl that was used to bail water out of the boat.
PNG high commissioner to Solomon Islands John Balavu met the survivors at National Referral Hospital.
Balavu said they would be given clothes and medication as required before arrangements could be made for their return to their home in Bougainville. 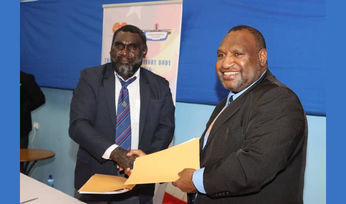 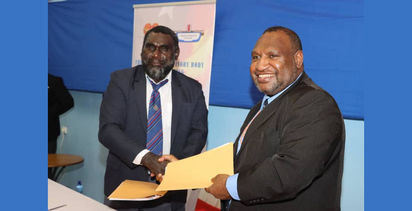