HEADS of the major Christian groups in Papua New Guinea are calling on the government to order the removal of LGBT flags from foreign organisations and embassies operating within the country. 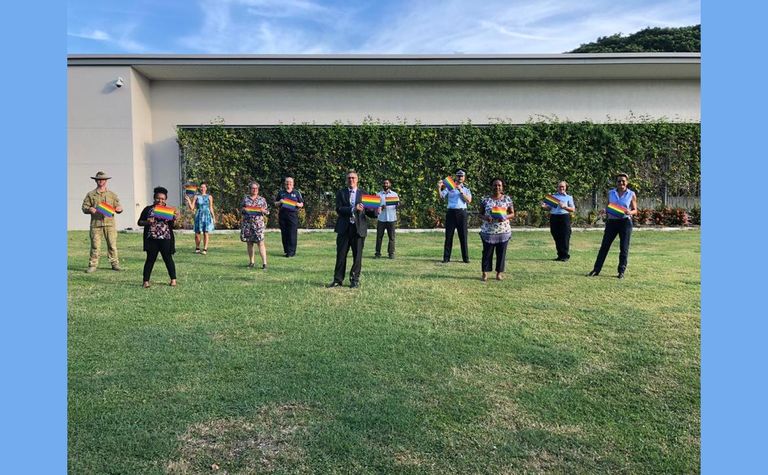 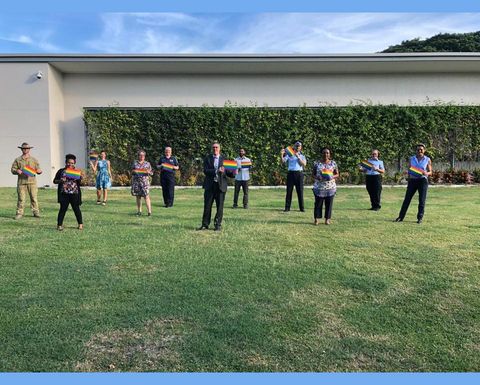 The Australian High Commission picture on its Facebook page

Catholic Professionals Society of PNG president Paul Harricknen made this call on at a public forum hosted at the Catholic Bishops Conference Hall in Port Moresby, after the rainbow flag was hoisted by a foreign aid organisation at Konedobu - and pictures of the Australian High Commission staff in PNG posing with the flags appeared on social media.
The display of the flag stirred a backlash from Papua New Guineans on the High Commission's Facebook page, Radio FM100 reported.
Hearricknen says that homosexuality is still a crime under Section 210 of criminal code and same sex marriages are not permitted under the country's marriage laws, "therefore same sex marriages cannot be the new normal in PNG".
He said that "foreign entities and governments should not abuse their privileges and diplomatic immunity to push their agenda for moral decay in PNG".
The picture which sparked the latest furore was the image of officials from the Australian High Commission posing in front of the rainbow flag with the following comment: Today [May 17] is the International Day Against homophobia, biphobia, intersexism and transphobia. We believe all people are entitled to respect, dignity and protection from discrimination regardless of their sexual orientation or gender identity. We support the rights of all Papua New Guineans, today and always."
It attracted scores of comments, mainly from PNG nationals, most of which were negative. The Australian High Commission removed the comments which it deemed were "hate speech".
In a June 2, 2017, the US Embassy in Port Moresby published a photograph on Facebook of ambassador Catherine Ebert-Gray with US Embassy colleagues posing in front of the rainbow flag at its offices in Port Moresby. The Embassy said it was "demonstrating our support of diversity and human rights for everyone during the month of June by flying the rainbow flag, commonly known as the gay pride flag or LGBT pride flag" . 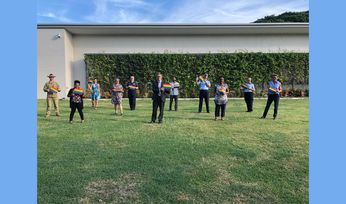