THE Papua New Guinea Hunters rugby league team will base itself in Queensland for the 2021 Intrust Super Cup season. 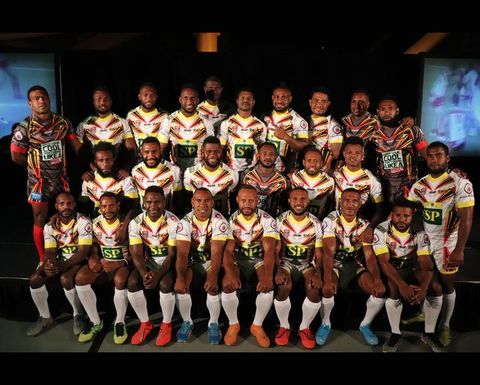 The PNG Rugby Football League board has approved the relocation, which also has the backing of the Papua New Guinea government, Radio New Zealand Pacific reported.
"The PNGRFL had been directed by the Queensland Rugby League (QRL) to consider the option of relocating the PNG Hunters to Australia for the 2021 season," PNGRFL chairman Sandis Tsaka said.
"This was based on advice from DFAT and the Queensland Health Department that international travel restrictions due to the pandemic would be maintained into 2021."
This year's Queensland Cup was cancelled after one round due to Covid-19 and Tsaka said the Hunters risked being left out of the competition for good if they did not find a way to participate in 2021.
"Advice from the QRL was that PNG Hunters risked losing the rights to participate in the QRL Intrust Super Cup and the PNGRFL was concerned about the long-term potential risk to PNG's credibility to bid for future QRL, NRL and/or participation in other future international rugby league competitions if the club did not participate in the 2021 season."
With the Rugby League World Cup due to kick-off in the United Kingdom next October, Tsaka said the absence of a Hunters team would also seriously affect the participation and performance of the PNG Kumuls national team.
As part of their preparations for 2021, the PNGRFL and QRL have undertaken a review of the club's operations in recent months to ensure the Hunters club can be run efficiently and sustainably.
As a result, the team has been restructured as a separate Incorporated Association with its own independent governance and management structure.
"The PNGRFL has nominated a new interim board comprising Stan Joyce as chairman with ambassador Robert Aisi, Frank Bouraga, Moses Williams and Ruth Waram as independent directors and the PNGRFL CEO as an ex-officio member," Tsaka said.
"We have confidence that this new board and their management will be able to work with all our existing partners and reach out to new and potential partners to develop a football and business plan that builds on the legacy and success of the PNG Hunters program to ensure the continued commercial viability and success of the club into the future."
Sponsors SP Brewery will continue their support of the Hunters in 2021 and the PNGRFL is continuing discussions with the club's other existing and potential new partners.
Pre-season training is set to begin in January with PNG Hunters head coach Matthew Church to announce a train-on squad within the next couple of weeks.

Building blocks in place for 2022 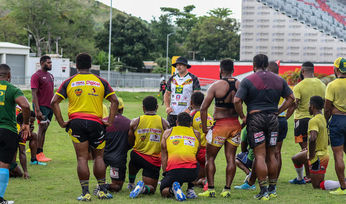 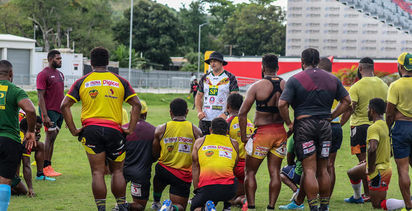