ANZ commitment to a strong future

The Australia and New Zealand Banking Group has been a strong supporter of Papua New Guinea underlined by its continuous presence in the country for the past 108 years. 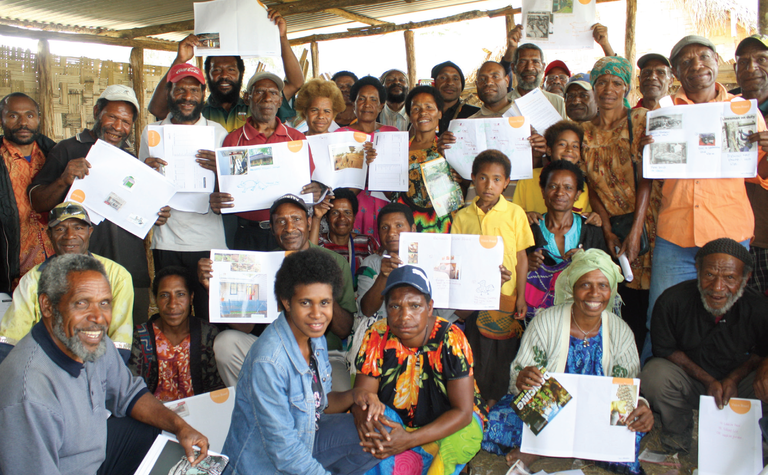 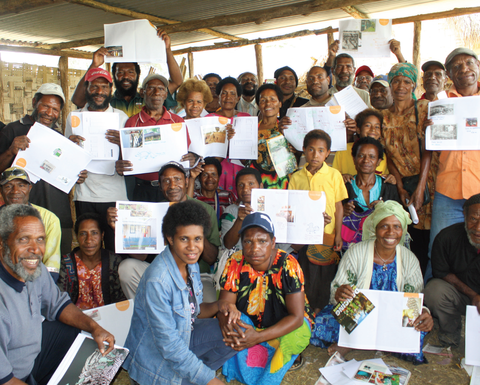 A community in Western Highlands Province showing off their vision boards after successful completing the MoneyMinded which is ANZ’s flagship financial literacy program.

"It is a very important market for the ANZ. We see great opportunities for growth and investment in this business and we will continue to support multinational corporations and large corporates with operations in PNG.

"However, we are aware that the current business operating environment in PNG is difficult, whichever way you look at it. Business surveys, industry liaison, client meetings, lending data and anecdotal evidence all suggest that conditions are tough. While scarce foreign currency is impacting supply, the problem lies on the demand side, particularly domestic demand.

"With a few exceptions, notably the mining industry, demand, revenue and profits are weak. Businesses will be reluctant to invest and hire people unless domestic demand picks up substantially. Therefore, formal sector employment, which has been falling over the past three years (albeit marginally) is likely to remain soft over the short term and weigh on private consumption expenditure."

He explained that essentially, PNG was paying the price of a narrow commodity-based economy. While the exchange rate fell in line with the commodity prices, at least until 2014, PNG did not have the luxury of a mature import-competing industry to counter higher prices, or a diversified enough exporting base to take advantage of the lower exchange rate. This meant there would be no transition to a non-mining investment led recovery for PNG.

"The gap in demand left by the completion of resource projects during the last boom remains unfilled. The government's sovereign wealth fund could have helped manage the impact of this commodity cycle on the economy, but that is not yet operational," he said.

"Hence, the burden of managing this ‘boombust' commodity cycle has been left to the government. However, the government's flexibility to provide support is limited, owing to existing high debt levels. Having previously borrowed money to run a large fiscal stimulus program in between PNG LNG's completion and production phases, the government is now committed to keeping its total debt below the 35% debt-to-GDP ceiling.

"Accordingly, it is reluctant to borrow more money to pump-prime the economy. Low returns in terms of royalty and tax receipts from the PNG LNG project (due to the collapse in oil prices almost immediately after exports commenced) hasn't helped.

"All-in-all, real GDP growth remains stuck in low gear with the economy largely reliant on agriculture and the civil construction related to the November APEC leaders meeting to keep it afloat."

But Mark had some good news for the PNG community.

"While the economy is weak at present, stronger GDP growth is not far away," he said. "The current difficult demand and trading conditions should reverse in time.

"What's more, we know the shape of the recovery.

"Initially, stronger growth will come from a stronger fiscal position, which would support demand. The oil price, as measured by West Texas Intermediate, was back above US$70 over June/July of this year and, according to our commodities team, is expected to stay around US$70 through to the end of 2019.

"This means the ‘well-head value' - the benchmark value used to calculated royalties and levies for the government - for PNG LNG will remain positive. This, in turn, will boost government revenue and help consolidate the budget position."

It is important to note that the ANZ bank was the Mandated Lead Arranger for the raising of debt finance provided to Papua New Guinea's biggest project, the US$19bn ExxonMobil operated PNG LNG project, in 2009.

The bank employs 450 people across 15 branches in Papua New Guinea, offering a full range of banking solutions and insights across institutional, corporate and retail banking. Aside from resources, energy and infrastructure, the bank is also focused on food, beverage and agriculture with PNG providing significant opportunities in these areas.

The ANZ Group's research team's economic analysis specifically covering PNG expects key agricultural commodity prices, including coffee and palm oil, to edge higher over the next 18 months due to increased demand from the growing middle classes of China and India as well as ongoing firm world growth.

Higher coffee and palm oil prices along with a depreciating currency would mean increased export receipts, profits and opportunities to expand capacity.

This, in turn, would have flow-on effects to the rest of the economy, including business services. It would offset some of the retreating public demand, as the APEC-related infrastructure program unwinds, and underwrite growth in the first half of 2019.

REI or Resources, Energy, Infrastructure, is a key focus segment for ANZ, building on and maintaining a client-centric service model that follows the major trade and capital flows across the region.

Mark Baker says that during its 180-year history the bank has weathered difficult market conditions, adapted to change and emerged each time with deeper experience and stronger relationships.

"Specialist relationship teams engage with clients at a strategic level, providing industry insight and connections across our home markets of Australia and New Zealand, as well as markets in Asia Pacific, Europe and the Americas.

"Our banking solutions are tailored to suit our client's needs on a global, regional or local basis and our expertise in the REI sectors enables us to assess the associated risks with any proposed activity to structure and price solutions accordingly.

"Helping our clients move to a more sustainable business model is a priority; we address the risks and opportunities associated with climate change and are committed to supporting their transition to a low carbon economy in a gradual and responsible manner."

Another important element in ANZ's ongoing presence in PNG is its commitment to giving back to the community through financial inclusion and capability, with an increasing focus on skillsbased volunteering.

ANZ's flagship financial literacy program ‘MoneyMinded' has been successfully delivered to some 12,000 people across PNG since it was introduced in 2010 - the majority of them women.

ANZ introduced its second financial literacy program ‘MoneyMinded Business Basics' in 2015 targeting micro and small to mediumsized enterprises in PNG to build their financial and business skills. So far this program has been successfully delivered to more than 2000 micro, small and medium-sized enterprises in the country.

The ANZ Bank's history dates back more than 180 years.

Founded in 1835 in London as The Bank of Australasia, it opened its first office in Sydney the same year.

Now headquartered in Melbourne, ANZ is one of the four largest Australian banks and is ranked in the top 30 banks globally by market capitalisation.

The bank has a commitment to building lasting partnerships with its customers, shareholders and communities across 34 markets in Australia, New Zealand, Asia Pacific, Europe, America and the Middle East.

to around 10 million customers and employs 46,000 people worldwide. Its global connections and deep local insights provide customers access to Asia and Pacific's expanding trade and investment flows, supporting their domestic requirements and connecting them with ANZ's global expertise.

ANZ is one of the world's largest banks. Our businesses serve more than 5 million customers and we have assets of AUD$247 billion.

ANZ is one of the world's largest banks. Our businesses serve more than 5 million customers and we have assets of AUD$247 billion. 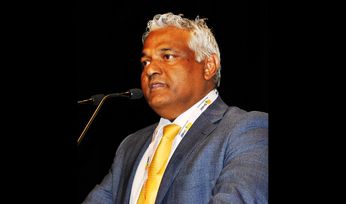 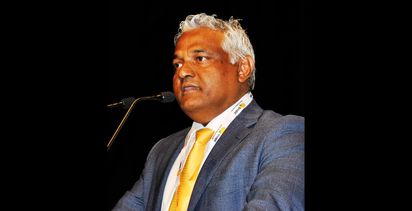