The Port Moresby city skyline is set to change dramatically as the iconic Harbourside project is set to rise like the mythological phoenix from the old Steamships Laurabada Wharf, Coastal Shipping redevelopment site. 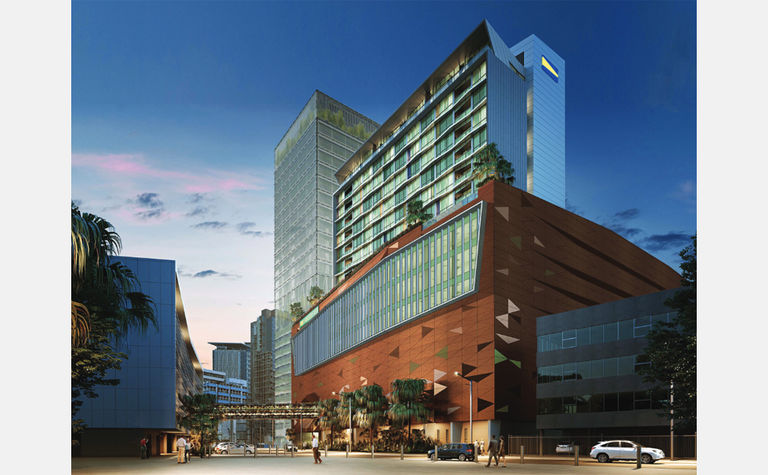 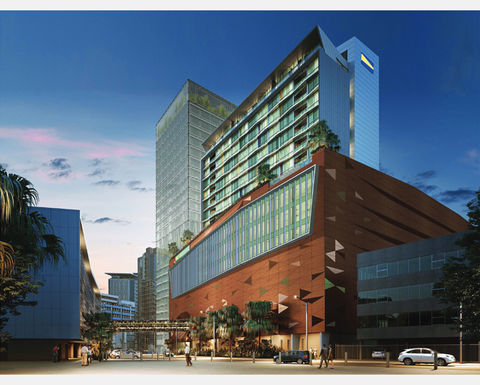 Harbourside East and West buildings, which provide quality waterfront commercial, food and beverage facilities, were opened in 2015. Taking advantage of the unique location, the outstanding commercial offices and serviced offices complemented by high quality restaurants, bars and cafes and feature an outstanding waterfront boardwalk plus day moorings for yachts and pleasure craft.

The second part of this major project, due for completion in 2022, will be the Harbourside South tower providing 21 levels of multi-use commercial, retail, serviced apartments and multi-level car parking.

Gordon McMaster, General Manager of Pacific Palms Property, the developer of the Harbourside precinct, said the project was unique in Port Moresby with its water frontage.

"When Harbourside South is completed it will provide tenants with the opportunity to have office space on one site and adjacent hotel quality accommodation in the other. There is also the added advantage of a range of waterfront food and beverage outlets on the ground level of East and West as well as water access to a number of jetties," he explained.

"Harbourside South will be linked to the East and West buildings with an elevated and enclosed bridge across Stanley Esplanade giving tenants access to all buildings. There will also be pedestrian access directly from Champion Parade connecting the entire precinct."

McMaster pointed out that ports throughout the world were experiencing or considering redevelopment around old port facilities as they expanded and were often surrounded by the CBD. Two examples are Auckland Ports in New Zealand and Darling Harbour in Sydney both of which are now an extremely well developed commercial and leisure precinct. 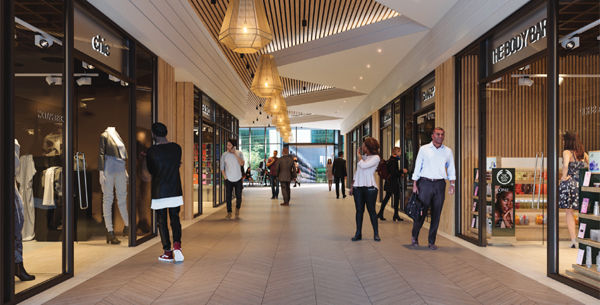 A suggestion for Auckland Ports by an architectural firm envisages four new inner-city beaches, a 40 metre-wide canal, parklands and a lagoon with a boardwalk around its edge and includes 4,000 apartments, offices and a hospitality strip. Darling Harbour in Sydney has been transformed into a major entertainment, accommodation and commercial centre including a convention and exhibition centre and the Star Casino.

"The relocation of the Port Moresby port facilities to Motokea Island has removed the disruption of heavy transport and a lot of noise from the CBD and not only opened up prime development land, but also allowed exciting new developments such as ours," McMaster said.

He added that there was currently reasonable demand for accommodation in Port Moresby, and reasonable competition from other development projects in the CBD, but was confident that the Pacific Palms Property concept of combining accommodation with commercial, retail, and food and beverage was a point of difference. 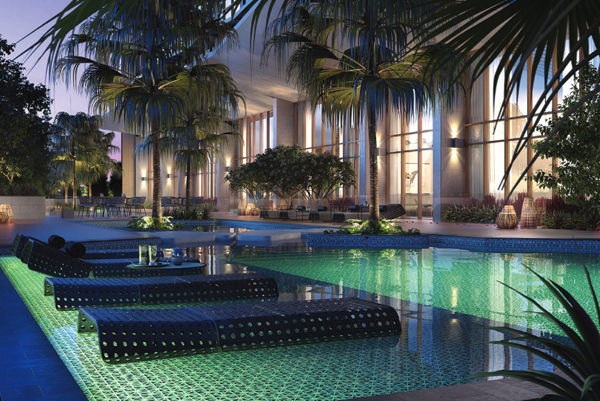 "The design has taken advantage of the waterfront site with the first ten levels consisting of parking, retail and commercial space.

"The main Harbourside South tower will have 88 apartments - 69 of one bedroom and one bathroom, and 19 of two bedrooms and two bathrooms - and on the eleventh floor there will be an outdoor terrace with café, two swimming pools, leisure and fitness facilities all with stunning water views across the top of the East and West buildings looking over Fairfax Harbour.

"The complex also provides private rooms for special dinners, meetings or functions and a private dining room with its own kitchen for up to 20 guests."

All apartments will be fully furnished and have kitchens and laundries with air-conditioning, video intercom, large wall-mounted flat screen and Wifi connectivity. On the harbour side guests will enjoy world class view across the harbour while apartments on the city side will look across town over Ela Beach towards the Coral Sea. 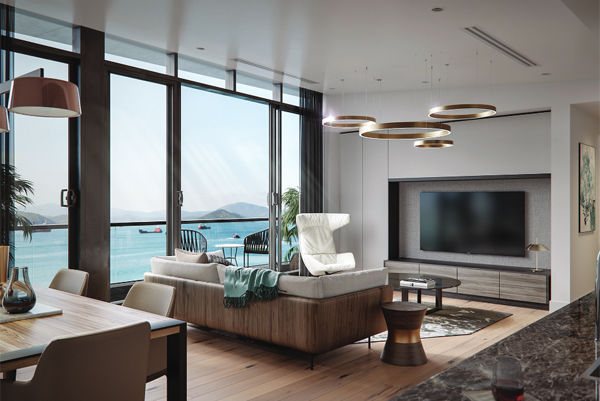 Retail, food and beverage outlets will be located on the Champion Parade level with a boutique retail arcade.

The complex will provide discrete security protocol for tenants, guests and the general public while secure basement car spaces will be available to residents with exclusive lift access to apartment levels.

As one of Papua New Guinea's biggest property developers, Pacific Palms Property has delivered some of PNG's most progressive commercial developments including residential, commercial, industrial and retail properties across the country as well as developing properties for Coral Sea Hotels and other joint ventures.

McMaster said the company was looking at a new hotel property in Lae on the site of the former Melanesian Hotel and had developed Hagen Central, a K58 million mixed-use retail and commercial development in a joint venture with local Mt Hagen business Tininga.

The complex consists of four buildings: three warehouses and a supermarket with office space above. 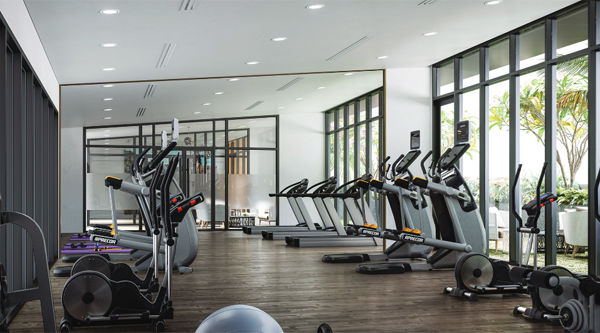 "We have had a long presence in Mt Hagen, which includes the Highlander Hotel in partnership with Coral Sea Hotels, and see future opportunities there to meet the demands of this growing Highlands economic centre," McMaster said.

The company also developed the Madang Commercial Centre in the heart of the town comprising two buildings which cater for retail outlets, office space and warehousing. 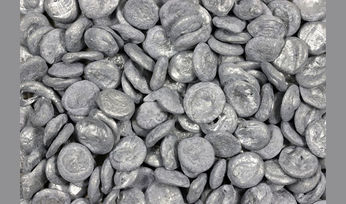 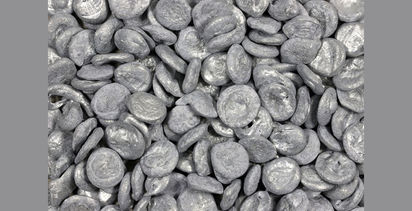