A commitment to sustainable mining

The appointment of prominent geologist and mining consultant Jerry Garry as Managing Director of Papua New Guinea's Mineral Resources Authority by the National Executive Council has been widely acclaimed by both industry and political leaders. 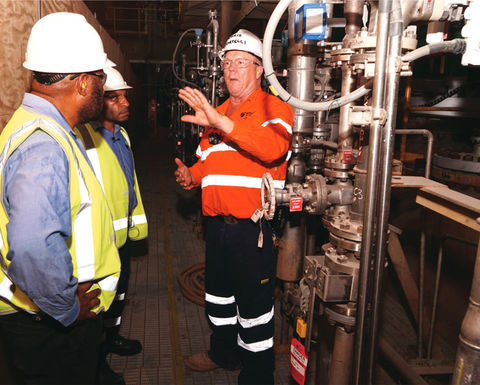 The Mineral Resources Authority, (MRA) is a statutory body providing primarily regulatory services to the mining industry. Whilst executing its principal regulatory functions, it facilitates, liaises and provides consultative and advisory services to its various stakeholders, including the national government of Papua New Guinea.

A key part of these services includes acquiring earth sciences and mineral resource data for increasing knowledge of, and to better inform the sustainability of the mining industry. Mining has traditionally been the backbone of the PNG economy and remains so to this day with 2018 again exceeding PGK11 Billion.

The PNG Chamber of Mines and Petroleum Vice President Richard Kassman, OBE, said the MRA would be further strengthened under Garry's leadership.

"The MRA has an admirable history of strong leadership and safe, efficient management of the mining sector, and we are confident Mr Garry will continue and further improve this fine tradition. The Chamber particularly welcomes his extensive international experience, technical expertise, and sound understanding of our industry," he said, and assured Mr Garry that the Chamber and its members would continue to work closely with MRA to ensure the Wafi-Golpu and the Frieda River projects were properly delivered.

"The participants in these mining projects remain committed to working with you to take these projects forward, so we can start to see their immense economic and social benefits flowing across Papua New Guinea," he added.

The multi-billion-dollar Wafi-Golpu and Frieda River copper-gold projects are both high on Garry's priority list.

Opposition Leader Patrick Pruaitch said Garry had excellent credentials and an impressive track record for his new role and commended Mining Minister Johnson Tuke on his selection for the important position.

"As an economic geologist with global experience, it is pleasing to hear Garry's confident remarks that the minerals sector will continue to play an important role in the PNG economy for at least another 100 years," he said.

The mining industry has dominated PNG's economy since 1970 with mineral exports including gold, copper, silver, nickel and cobalt spread across the country amounting to total revenue of more than PGK 11.88 billion ($AU4.92 billion) in calendar year 2018. 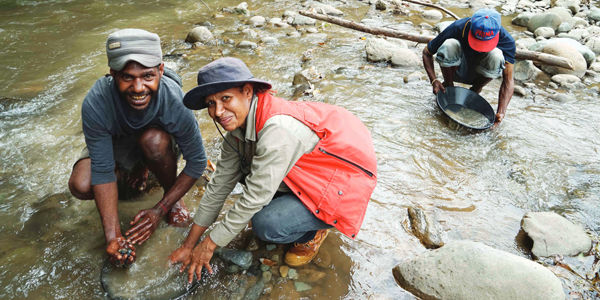 MRA Geologist Moira Lunge collecting soil samples to test for gold occurrences, at a river in Bulolo, Morobe Province. She is assisted by a village

The sector comprises eight operational mines, of which four are large world-class mines and four small-to-medium scale mines. One mine produces copper, gold and silver, one produces nickel, cobalt and chromite, and the rest produce gold and silver.

Mr Garry said Papua New Guinea was in the top five countries in the world in terms of gold production, and the top 20 in terms of copper production.

The two new major copper gold projects destined for permitting and mine development are Wafi-Golpu and Frieda River. The Wafi-Golpu is a joint venture between Newcrest Mining and Harmony Gold, which has signed a memorandum of understanding (MoU) with the independent State of Papua New Guinea with the intention to complete all permitting processes and achieve a special mining lease by the end of June this year.

Frieda River Project is complex, given the remoteness and structure of the business proposal. Assessment has commenced, and permitting may occur early next year.

Mr Garry said the development of these two mega copper-gold deposits would mark the end of the two-mega remaining reserves in the country.

"The need to replace the diminishing resource for PNG will be the single largest challenge. This is because many of the surface or near surface mineralisation had been adequately explored. 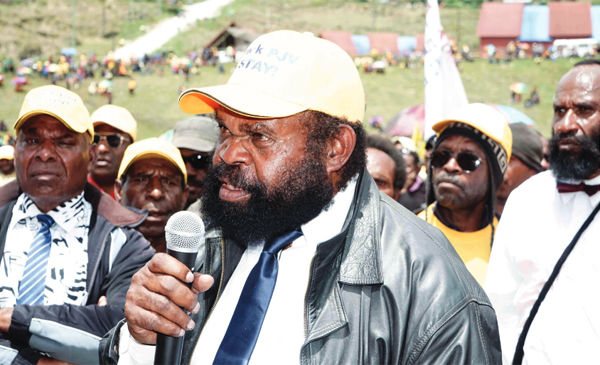 "Commitment to the prudent application of innovative technology, combined with geology, geochemistry, geophysics with dedication and passion will lead to deeper-seated mineral deposits. This will require a major capital investment not only from the industry, but the State must take ownership and leadership to de-risk the high exploration cost to attract investment in the mining sector.

"Furthermore, maintaining a global attractive investment for PNG by providing attractive fiscal and stable climate is very important. However, the ever-increasing challenges from various stakeholders, in particular landowners and local authorities, demanding better deals without being sensitive about our reputation on the international arena could derail our efforts in attracting investments," he said.

Under the leadership of Mr Garry, MRA will continue to improve its efforts ensuring availability and dissemination of new geoscientific data, timely and transparent processing of tenements through a web-based electronic tenement management system, operating on a Trimble Landfolio platform.

However, the implementations of MRA budget initiatives and activities in 2018 were significantly disrupted by the Department of Finance implementing the Public Money Management Regularisation Act in April, 2018, which disrupted access to MRA funds and created uncertainty with regard to MRA's ability to deliver the 2018 budget.

Financial autonomy as enshrined in the spirit and intention of the creation of the MRA is absolutely necessary to deliver its strategic objectives and initiatives, encapsulate the visions and aspirations of the government and the people of Papua New Guinea to create wealth as stated in the PNG Vision 2015 plan, and to double mineral revenue by 2030 as stated in the PNG Strategic Development Plan, 2010 - 2030. 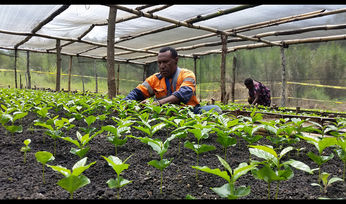 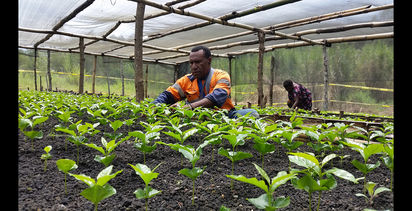 Geopacific gets cracking at Woodlark

Looking at 'resource laws in total'