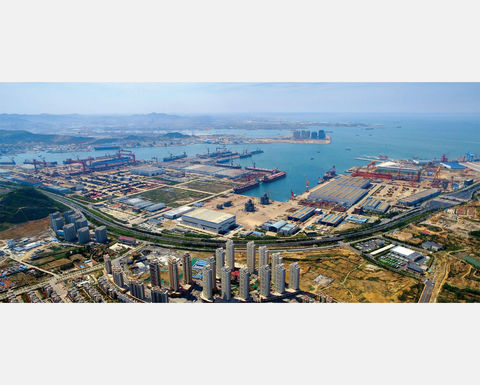 The combined entity brought together a global upstream and subsea engineering, procurement and construction company and an established downstream provider of industry-leading petrochemical, refining, power, gasification and gas-processing technologies and solutions. The company now employs more than 32,000 individuals worldwide.

When announcing the closing of the combination in 2018, McDermott President and Chief Executive Officer David Dickson emphasised how the new organization would span the entire value chain from concept to commissioning.

The size and quality of projects that followed has underlined the importance of the union internationally.

McDermott has been a major operator in Papua New Guinea (PNG) since 1988, undertaking major projects such as the Misima Island Gold Project for Placer Dome and more recently, through its joint venture with Clough, the Hides Gas Conditioning plant for ExxonMobil, the company's biggest project in PNG, which was completed in 2014.

Other projects include the Gobe Oil production facility for Chevron (now Oil Search), the Lihir Gold refinery construction for Newcrest and the storage tank engineering, procurement and construction (EPC) project at the Napa Napa Refinery for InterOil (now Puma Energy).

Papua New Guinea falls within McDermott's Asia Pacific (APAC) region, which is headquartered in Kuala Lumpur and has a 9,000-strong workforce spread across the region. 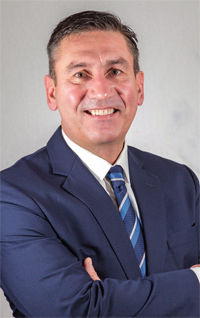 Ian Prescott, McDermott's Senior Vice President of Asia Pacific, said the company is currently involved in a number of significant onshore and offshore projects across Asia Pacific for major international clients including Inpex in Australia, JG Summit in the Philippines, Posco's Shwe project in Myanmar and numerous ongoing projects in India, for the likes of Reliance and ONGC.

In addition to projects being executed in the Asia Pacific region, McDermott has offices and fabrication facilities strategically located in Batam, Indonesia, and Qingdao, China, to service and support projects globally.

Having led the delivery of the PNG LNG Hides gas conditioning plant project for ExxonMobil in addition to many projects at Gobe, the Port Moresby Refinery and Lihir Island, McDermott has had an approach of undertaking local direct hire labour during the project execution, which has provided great benefit to the local workforce and economy.

"As part of the Hides gas plant project for PNG LNG, McDermott helped operate the Juni Training Facility in the Hela Province as a centre to provide training and up-skilling for the local workforce prior to their mobilisation to site," Prescott said. "Through this facility, important trades and safety skills were developed, contributing to the overwhelming success of the Hides project, which saw a significant number of local personnel employed as well as achieving an outstanding safety record."

Prescott added that the benefit of this training facility was still being experienced by the local community as it was now used to implement a farming training program under the leadership of the Hela Provincial government.

"Local employment and engagement are critical factors to the success of all our projects and our business. Whenever we participate in projects, McDermott recognises the importance of investing in local communities to ensure that there is a lasting and positive legacy from our presence," he said. "As such, we implemented a local participation strategy to maximize the involvement from the local community, working with the local landowner companies to provide employment opportunities to local personnel and opportunities for the provision of goods and services.

"Local personnel and businesses provided vital support to the project during the construction, without which the project would not have been completed successfully." 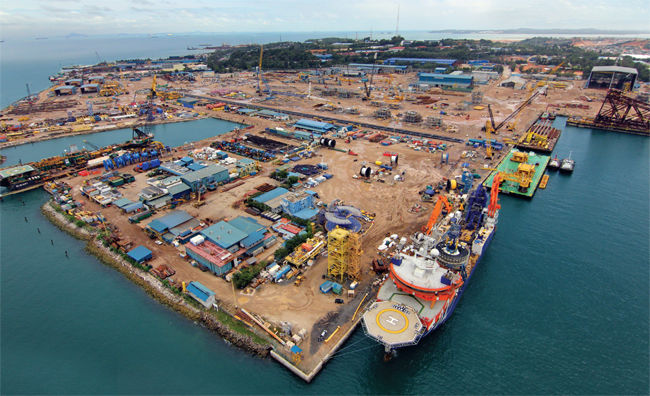 Experience is another important factor in providing services for major resource projects in PNG. Apart from the company's well-established capabilities, McDermott has demonstrated it is able to overcome some of the unique logistical challenges that exist in PNG. Past experience in executing projects in PNG is highly valued, given the relatively limited number of EPC contractors who have this experience.

Prescott said there has also been a high demand for McDermott's skilled personnel, who have significant local experience that can be leveraged into the development phases of planned projects.

Because of the rugged terrain in PNG, some sites can be more efficiently accessed by modularisation of the facilities to optimise cost and remove logistical constraints that may exist.

"Our team has the capability to accurately assess the optimum modularisation strategy through the use of our assessment and planning tools and follow this through into the design and fabrication of the modules in one of our regional fabrication yards from the initial design stage," Prescott said.

The control of this value chain and ensuring oversight across the phases of the project, Prescott noted, helps McDermott achieve an optimal construction execution phase, minimise carryover work and ensure quality control of modules leaving the yard. Application of this integrated offering can also add significant value during the project execution phase.

"We are proud to have been involved in the development of some of PNG's key projects and believe that we have shown what can be delivered. We expect that this would give operators confidence in contractors, such as ourselves, to deliver safe and successful projects in PNG," Prescott said. "We believe that these developments also bring benefit to the local workforce as they underpin the promotion of new employment and business."

Prescott also noted McDermott's commitment to developing local workforces in every country in which it operates and that it has demonstrated these efforts previously in PNG.

"We believe McDermott's integrated engineering, procurement and construction (EPC) capability across onshore and offshore facilities, as well as its ability to deliver projects through concept, front end engineering design (FEED) and the EPC execution phase holds the greatest demand in Papua New Guinea." 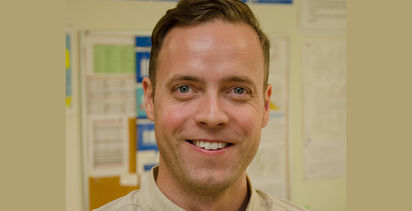