THE number of new Covid-19 cases per week has nearly doubled globally over the past two months, approaching the highest rate seen so far during the pandemic, the head of the World Health Organisation has said. 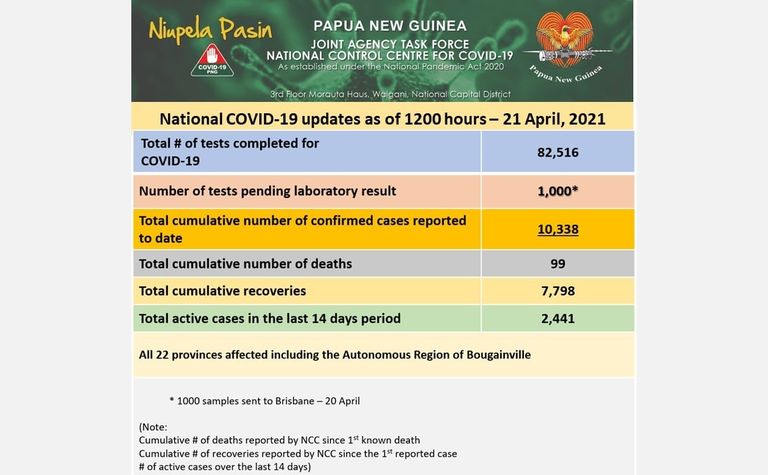 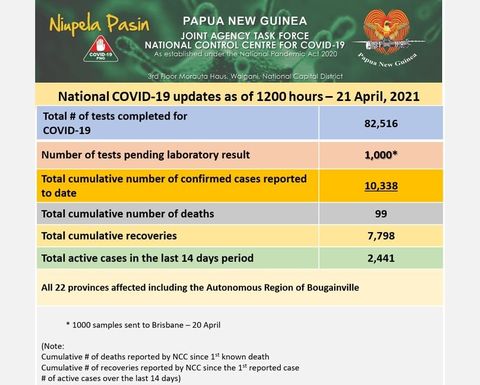 "Cases and deaths are continuing to increase at worrying rates," Tedros Adhanom Ghebreyesus said in a briefing focused on Papua New Guinea and the western Pacific region.
He said he was very worried about the potential for a much larger epidemic in PNG, and it was vital the country received more vaccines as soon as possible.
PNG has now reported 10,338 Covid-19 cases and 99 deaths. "While these numbers are still smaller than other countries, the increase is sharp and WHO is very concerned about the potential for a much larger epidemic," Ghebreyesus said.
Health Minister Jelta Wong said there was on ongoing challenge in the country to get people wearing masks and disbelief about the disease itself, which would complicate efforts to roll out vaccines.
WHO officials said three emergency medical teams had arrived in PNG from Australia, the United States and Germany.
"The situation is extremely challenging right now," Takeshi Kasai, WHO regional director for the western Pacific, said of PNG.
Meanwhile preliminary testing for Covid-19 among staff at Papua New Guinea's parliament precinct indicates a quarter of them are infected.
Parliament Speaker Job Pomat has told MPs in the house he had received a letter from PNG's Pandemic Response Controller "questioning the serious state of the Covid-19 infections" at parliament.
Pandemic controller David Manning advised compulsory testing for all people working at parliament.
Pomat said that prior to the letter he had already issued a similar directive.
"I have now issued further directives for compulsory testing to be conducted to both members of staff of parliament and political staff," Pomat explained.
"While testing is still going on to cover the rest of the staff, I have received preliminary results from the 167 cases tested and inform this honourable house that an alarming 42 cases have turned out positive."
It is understood the tests were carried out in the past week, and that the vast majority of those who tested positive were staff rather than MPs. However as many as seven MPs tested positive to the virus earlier this year.
"Our very serious concern is that the majority of those 42 cases are directly employed with the chamber services who are in direct contact with the whoe host of us national leaders, all members," Pomat said.
"That in itself is a very serious threat, not only to us as leaders but also to staff of the national parliament."
More than 4000 Covid-19 cases are in the National Capital District, where the main hospital, Port Moresby General, is under severe strain, particularly with many health workers having tested positive to the virus
Hospitals in outer provinces are under similar strain, amplifying warnings from the World Health Organisation last week of the potential for PNG's epidemic to worsen. 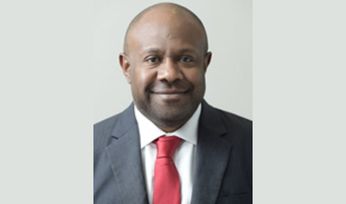 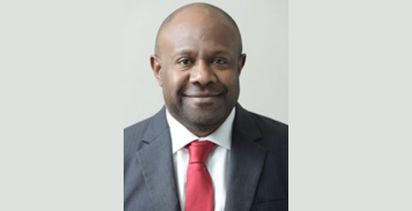