ABOUT 520 employees from Chinese-funded enterprises in Papua New Guinea had been vaccinated by the weekend, the Global Times has reported. 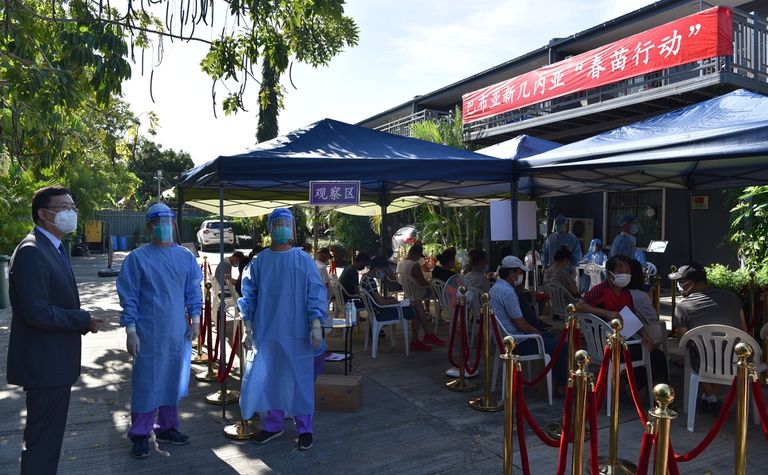 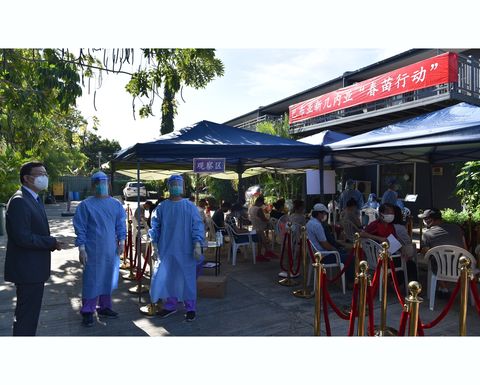 Chinese ambassador to PNG, Zeng Fanhua, left, talks to a Chinese medical aid team at the vaccination site of the ‘spring sprout’ program in PNG

China's overseas vaccine druve, known as the "spring sprout" program, is aimed at ensuring its nationals across the globe receive vaccines promptly and consequently helping China-assisted projects.
In PNG the vaccination campaign has already covered all Chinese-funded enterprises in Port Moresby, the Chinese Embassy in PNG told the Global Times on Sunday.
The Embassy said it planned to take the vaccination campaign to other cities where other Chinese-funded enterprises operate, and Chinese nationals live.
"Launched in March this year, the program has entered the fast track powered by the efforts of Chinese diplomatic missions. More than 1.7 million overseas Chinese nationals in more than 160 countries and regions having been inoculated with Chinese or foreign-made vaccines,"  Foreign Ministry spokesman Wang Wenbin said during a media briefing in Beijing.
"Through such efforts, we hope to build a strong firewall to protect the safety and health of overseas Chinese nationals," Wang said.
Apart from helping its own nationals get vaccinated as soon as possible, China has also donated more vaccines to developing countries in recent months, despite the huge domestic demand and limited supply.
China has supplied more than 480 million doses of vaccines to the international community, making it the largest supplier of vaccines in the world. As of July 2, China had provided vaccine assistance to nearly 100 countries and regions from five continents.
"China will continue to contribute to the accessibility and affordability of vaccines in developing countries to the best of its capacity," Wang said.
"We also hope that all countries in the world that are able to do so will act as soon as possible, honour their commitments, and make their due contributions to promoting equitable distribution and application of vaccines for better global anti-epidemic cooperation," he said. 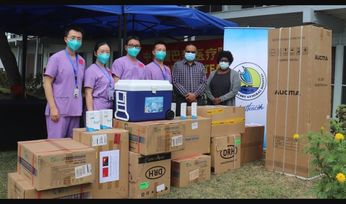 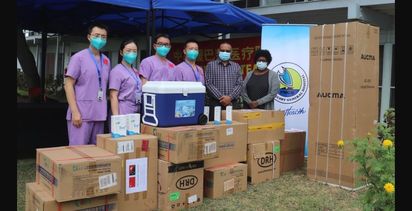