Deep pockets and a long-term plan

PAPUA New Guinea’s mineral and energy endowment provides the country with a strong opportunity to develop, and should pay big dividends to resource investors with realistic expectations and enough capital - by Cindy Brown 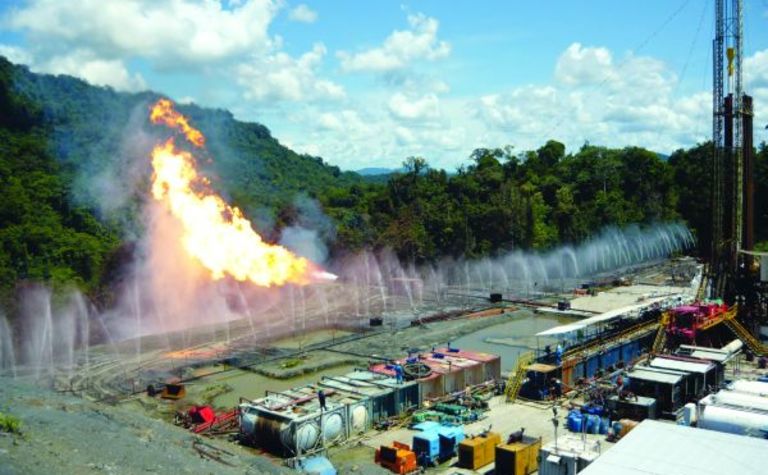 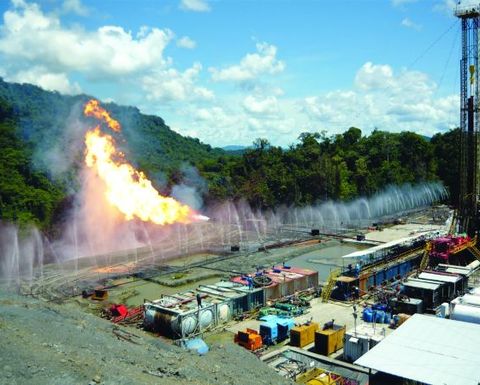 Minerals account for about 70% of export earnings, and the PNG liquefied natural gas project, tipped to become the country's biggest in history, should start operating in 2014 with a projected return of $US150 billion ($A145.3 billion) over 30 years.

On the ground, the mining industry is booming.

Exploration spending has almost doubled since 2006 to $85 million.

Plenty of big names already operate in PNG, and in the past year BHP Billiton and, more recently, Rio Tinto have purchased tenements.

In January, there was a world first, when the PNG government approved a deep-sea mining lease for Nautilus to develop its Solwara 1 copper-gold project.

PNGIndustryNews.net's sister publication RESOURCESTOCKS spoke to four people at the heart of the PNG resources industry to get their views on the country's latest growth spurt.

OK Tedi general manager business development Ian Sheppard is a mining engineer with 26 years industry experience, the past six of those in PNG.

Sheppard said PNG's mining outlook was positive, if people had deep pockets for the capital and invest heavily in community relations.

"PNG is geologically tremendously prospective," he said. "In the last couple of years exploration has taken off again.

"It goes through a boom-bust cycle, based on issues like political stability, copper and gold prices. In theory, PNG should be like Western Australia with little mines all over the place."

He said the problem was costs associated with terrain, rainfall, tailings disposal and waste management.

"Mine investors have to build infrastructure themselves, and there generally aren't synergies with other projects.

"In WA, there is a much higher success rate for getting projects into production following exploration discovery, but in PNG it's much lower because of terrain, community and infrastructure challenges."

All is not lost.

The higher metal grades found in many PNG projects can make them more attractive than Down Under, where Sheppard said a long history of exploration had already found the easy high-grade deposits, so miners often had to settle for lower grades.

The higher capital costs of PNG are balanced by the higher grades for the right projects.

"The land in Australia has been picked over, certainly in the gold scene," Sheppard said.

"Good copper deposits are also quite difficult to find.

"The copper grade in PNG is up there with the best in the world. If you find a great deposit like Wafi, or a supergiant like Lihir, Frieda River or OK Tedi, you can justify your capital expenditure, and if you get your power supply right you can get your operating costs down."

Sheppard said PNG's mining legislation was well formed, and the Mineral Resources Authority worked well as a one-stop-shop to regulate the mining industry.

"Government departments like the [Mineral Resources Authority of Papua New Guinea] do suffer a little because they compete with the resource industry for skilled people, but nonetheless have a good team," he said.

"The MRA gives investors confidence they won't get trapped in the system.

"That said, the government is stretched, but it recognises this."

He called on people to remember PNG was a developing nation.

As with any mining operation, effective community relations is critical. Sheppard said this was even more so in PNG, with its extremely diverse culture.

"You should minimise delays by achieving informed community consent for all stages as early as possible, at the time you are exploring, well before you think of actually building a mine," he said.

"You then have the best chance your project can proceed with full community support.

"Many companies spend a lot more time on technical issues of milling and mining, which won't work in PNG, community needs equal attention."

"The issues junior miners face, is good community relations is expensive and can consume a lot of management time."

Togolo said many areas of PNG were yet to be explored, and with new technology old areas were being revisited.

"PNG, in a sense, is quite transparent," he said. "Investors know the rules and can work with them.

"Behind Australia, PNG has the largest mining district in Australasia, and our people have lived with mining since the early gold rushes in the 1880s. This is an advantage for a country like PNG."

Togolo said PNG had been one of the most politically stable countries in the region for at least 15 years, which provided the opportunity to make reforms to benefit sustainable development.

"One of the challenges the government has is to build technical capability to meet requirements of large projects," he said.

"This will likely be achieved through mixing local and international expertise.

"The public sector needs to be revamped, and government sees this need and is doing things like introducing reforms in the development of its human resources."

PNG Chamber of Mines and Petroleum executive director Greg Anderson has spent the past 35 years in PNG, originally as a geologist.

He said the chamber played a vital role in supporting projects, particularly in dealings with government.

The chamber's top priorities include pushing for better management of the public and landowner funds generated by the industry, and upholding the integrity of the tenement licensing system.

"The government is not as systematic as a developed country, so the chamber spends a lot of time and effort working with it on proposed amendments to policy and legislation," Anderson said.

"We're also concerned about aberrations from time to time, in the tenement licensing system.

"We keep a close eye on this and bring irregularities to government's attention. Though with hundreds of tenements to manage, there will be genuine mistakes."

The chamber is encouraging government commitment to the international Extractive Industries Transparency Initiative.

"The EITI is an independent secretariat that audits public funds received from the mining and petroleum industries, and reports back to the public in an easy and accessible manner," he said.

"It would increase public and investor confidence in government, and hold it more accountable for sustainable distribution of funds.

"The government has accepted the notion, and will receive help from the World Bank to establish the framework."

"If it's done properly it will be a major step forward," Anderson said.

"Critical elements will be keeping the fund at arm's length of everyday politics, and offshore management by independent directors.

"There was a quasi-fund to manage revenue from Panguna, which was successful for years, but not protected from political interference, so there's a lesson there but it was also a huge credit to PNG that it was established before many others adopted the concept."

CMP's Anderson cited an attractive tax system, community involvement, and a good record of issuing licences and achieving projects within reasonable timeframes as some of the benefits the PNG government had brought to mining.

"Government was courageous in overhauling the tax system in 2003 to be more internationally competitive, which coincided with a rise in commodity prices," he said.

"Australia caused uproar with its proposed Resources Super-Profits Tax, while PNG hasn't flirted with such a short-term approach.

"PNG's royalties are low-to-moderate, with a dividend withholding tax of 10 per cent in mining, plus 30 per cent company tax. So for investors the tax regime stacks up.

"We saw new applications for exploration licences jump after geophysical and geological data showed how highly prospective PNG is in minerals," he said.

"The information was selling like hotcakes for $US5000 per set. It negates the need for grassroots prospecting, so companies can launch straight into drilling."

The MRA is widely respected by industry and its efficiency can be statistically shown.

When the MRA formed in 2007 there were 90 active exploration licences for that year. In 2008 it approved 253 licences, and that level has been maintained.

"The timeframe for licence approvals is about three to six months," Wali said.

"We'd like to make this shorter, but there are logistical challenges and capacity constraints. The World Bank-funded project to help build our capacity, and refresh the mining legislation to make it more responsive, will make our job even more efficient."

So PNG is gaining a firmer modern grip on how to manage its resources windfall. There are plenty of attractions for investors, and if the deposit is big enough the benefits should outweigh the challenges.

First published in a different form in the April issue of RESOURCESTOCKS.

FOR all those who have lost money in the mining sector, take what comfort you can from the fact that...