Investors and market analysts are keeping a close eye on Chinese conglomerate Fosun as the company navigates the Roc Oil takeover as its entry into the oil and gas space. Alison Middleton investigates.

SHAREHOLDERS and analysts were unanimous that Fosun International's $474 million cash offer for Roc Oil was a superior and a low-risk route to maximise immediate value for shareholders.

Roc's board valued the off-market takeover offer above that of the proposed $800 million merger with PNG-focussed company Horizon.

But what has captured the interest of analysts is that while China is the largest energy consumer and producer in the world, the Chinese central government is hoping to encourage more private capital entry into the upstream sector.

Notably Fosun is a privately owned company - not a state owned enterprise - and has no previous history in the oil and gas sector.

Headquartered in Shanghai but incorporated in Hong Kong, the investment company highlights its core businesses as insurance, industrial operations, investment and asset management.

Meanwhile the bid implementation agreement states simply that the reason for Fosun entering into the proposed transaction is to enable the group to enter the upstream oil and gas industry and acquire oil and gas assets.

"First and foremost this allows Fosun to enter into the energy industry, more particularly the upstream sector," Tan said.

"That's the most important thing.

"Fosun does not have any assets in the energy sector so this represents a path into the industry. It's also worth considering the assets which Roc holds in its global portfolio.

"A lot of Roc's assets are in Asia Pacific, and most notably in countries such as Malaysia and Myanmar - and also in China.

"These countries are relative hot spots for upstream development in Asia Pacific."

Tan said with countries such as Burma relatively unexplored, it provided a route for Fosun to potentially grow its assets.

"The entry in to China is quite interesting," he added. "Roc Oil has been relatively successful in developing its offshore assets in China.

"Fosun, being a Chinese company, will be able to leverage that expertise and management experience that Roc has, while allowing Roc to leverage Fosun's business acumen and experience doing business within China itself to potentially open more doors for both companies.

"Fosun's entry into the upstream sector continues a recent trend of companies acquiring assets and getting into the energy business.

"On a wider level, Fosun is heeding the call from the Chinese Central Government encouraging more private capital entry into the upstream sector.

"In terms of domestic production within China, oil production levels will remain stable going forward whereas we would foresee a ramp up of gas production over the next three years."

StockAnalysis corporate analyst Peter Strachan agreed that he expected to see more of this type of action in the Australian oil patch over coming years as Chinese private and state owned enterprises act to secure raw materials to feed the country's expanding economy.

"Interestingly, this move comes from a Hong Kong-listed company with private ownership and no previous history in the oil industry and not by a state owned enterprise," Strachan added.

"Part of the deal's attraction to Fosun is likely to be the identification of Roc's operating skills, which it will most likely hope to retain and expand under new patronage."

StockAnalysis also warned that Fosun would experience some culture shocks as it came to terms with this Australian industry's high capital costs, long investment time horizon and management requirements.

Meanwhile rating agency Moody's has expressed concern due to the huge debt used to finance Fosun's overseas deals and warned explicitly of the risk of a downgrade if Fosun maintained its aggressive, debt-funded growth.

The conglomerate completed a $HK10.4 billion ($1.49 billion) deal to buy three Portuguese state insurers in May, and Moody's warned its financial profile had remained weak because of its large debt-funded investments.

While Moody's noted that Fosun's investments had exceeded its internally generated cash recurring ebitda was barely enough to cover interest expenses and tax payments, other analysts looked to the stable income likely to be gained from its move into the upstream sector.

Already the world's second-largest net importer of crude oil and petroleum products, natural gas use in China has also increased rapidly and the country has sought to raise gas imports.

producing assets in China, Australia, Africa and the UK, while the majority of its 2013 production of 2.7mmboe came from the offshore Chinese assets located in Bohai Bay Zhao Dong (1.5MMboe) and the Beibu Gulf (0.5MMboe).

"Roc Oil's two major development and exploration programs at the Balai Cluster in Malaysia and WZ 12-8 East in Beibu Gulf in China will undoubtedly benefit from access to the financing that the Fosun Holding Company brings in addition to its other complimentary investments in industrial operations, finance and insurance.

"Both projects are also located in countries with stable governments and long histories of oil and gas production, reflecting Fosun's desire to acquire an exploration and production company with a portfolio largely within low-risk countries."

Lacouture said the acquisition marked the entry of the Fosun Holding Company in the upstream oil and gas industry through the purchase of proven exploration and production firm with broad regional exposure, substantial daily production and a pipeline of upcoming projects providing growth opportunities.

"Such a business decision is in line with similar activities conducted by large Chinese firms in the last year," he continued.

"Kerr-McGee China and Anadarko China were bought out by Win Business Energy and Brightoil Petroleum, respectively, marking an ongoing trend of Chinese companies' desire to lessen foreign involvement in their nation's hydrocarbon production.

"The deal also indicates the desire of Chinese companies to have participation in the exploration and production industries of many of their neighbors, in this case, Malaysia, which has seen very limited upstream investment from Chinese corporations." 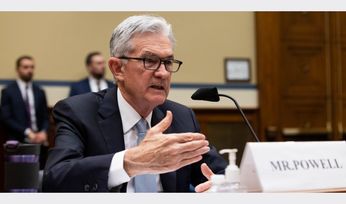 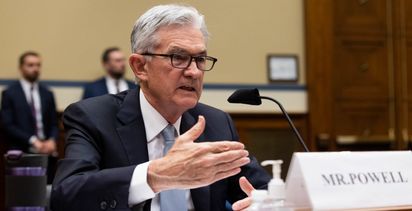