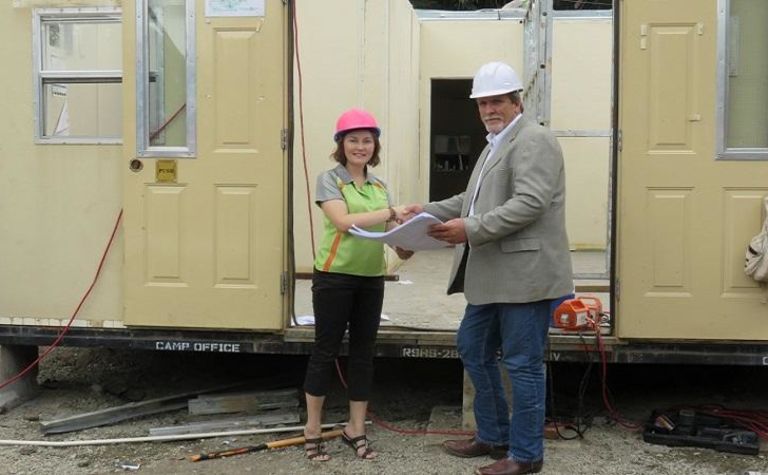 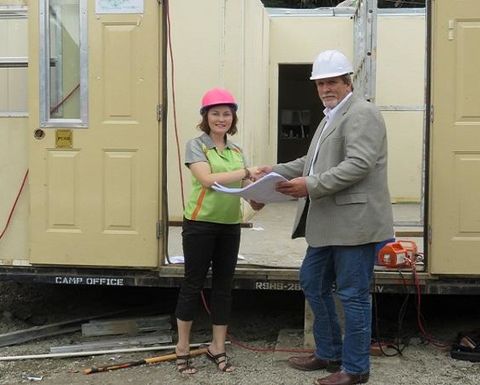 Michelle McGeorge and Kenneth Clinton during the presentation of the kitchen

ExxonMobil, a major sponsor of the Park since 2012, recently donated a disused camp office, while Red Sea Housing transported and re-constructed the building near Nature's Cafe, the park restaurant.
The project stemmed from the park's need to expand its kitchen area to provide better onsite catering to guests holding picnics in the park and for the increasing number of tour groups using the park for lunch.  The current kitchen is able to cater to cafe patrons only with big catering orders having to be prepared offsite.
"We are continuously looking at ways in which we can improve our customer service and we recognised that our current kitchen just cannot cope with the big crowds and catering requests," park general manager Michelle McGeorge said.
"Our caterers Fab! do a fantastic job at Nature's Cafe and to be honest, building a commercial kitchen seemed like an impossible dream until our generous sponsors ExxonMobil PNG and Red Sea Housing said they were able to help with their in-kind support."
Now that the building has been delivered, the park is now moving forward with the plumbing and electrical requirements along with the internal fitout of kitchen equipment.
As the park is a non-profitable charity which has committed itself to delivering a number of other projects in the park this year, all outstanding kitchen works will need to be completed through the generosity of corporate supporters.
Red Sea Housing general manager Kenneth Clinton said his company was happy to support the works of the Nature Park as it recognised the important role it played in public education, conservation and research programs.