PALEAONTOLOGISTS from Flinders University in South Australia have discovered a new genus of giant fossil kangaroo from the mountains of central Papua New Guinea. 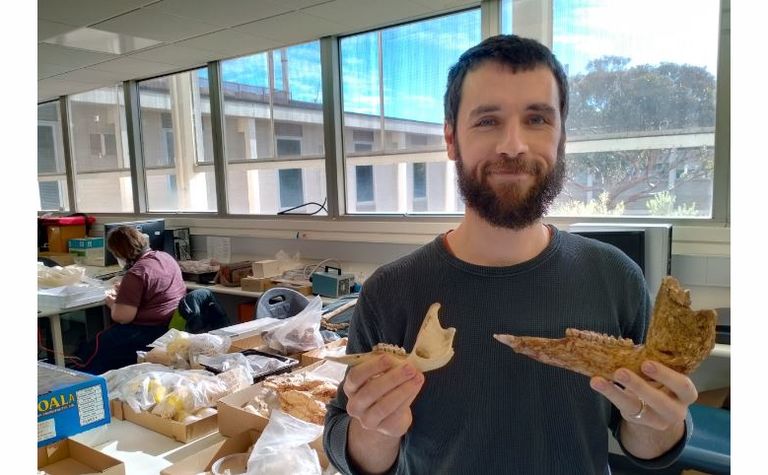 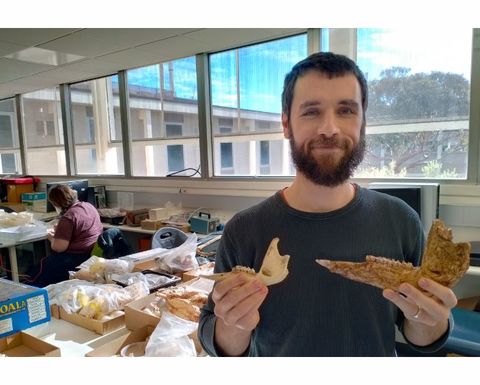 The new description of the fossil kangaroo has found that, rather than being closely related to Australian kangaroos, it most likely belongs to a unique genus of more primitive kangaroo found only in PNG.
The kangaroo, first described in 1983 by Professor Tim Flannery, is known from fossils around 20,000-50,000 years old. They come from the Nombe Rockshelter, an archaeological and palaeontological site in Chimbu Province, Papua New Guinea.
Nombe is already known as a location of multiple extinct species of kangaroo and giant four-legged marsupials called diprotodontids.
Flinders University researchers have renamed the animal Nombe nombe, after the location of its discovery - and plan to return to PNG for further excavations and research next year.
The squat, muscular Nombe lived in a diverse montane rainforest with thick undergrowth and a closed canopy. In this environment, it evolved to eat the tough leaves from trees and shrubs, developing a thick jaw bone and strong chewing muscles. Standing about 1.5m tall and about 50-60kg , it was considerably larger than existing forest wallaby Dorcopsis or the tree-kangaroos of PNG.
Much of New Guinea's distinctive animal life is little-known outside of the country, but this discovery breathes fresh life into supporting a more detailed exploration of PNG's faunal history.
"The New Guinean fauna is fascinating, but very few Australians have much of an idea of what's actually there," Flinders palaeontology PhD candidate Isaac Kerr said.
"There are several species of large, long-nosed, worm-eating echidna that are still around today, many different wallaby and possum species that we don't get in Australia, and more still in the fossil record.
"We think of these animals as being uniquely Australian, but they have this intriguing other life within New Guinea."
Using 3D imagery and other technology, the researchers have studied remains from the PNG Museum and Art Gallery. They now believe that the new species may have evolved from an ancient form of kangaroo that dispersed into New Guinea in the late Miocene epoch, around 5-8 million years ago.
During that time, the islands of New Guinea and mainland Australia were connected by a ‘land-bridge' due to lower sea levels, and was later separated by the flooded Torres Strait - as it remains today. This ‘bridge' allowed early Australian mammals, including various giant, extinct forms, to move into the rainforests of New Guinea.
When the Torres Strait flooded again, however, these animal populations became disconnected from their Australian relatives, and so evolved separately to suit their tropical, mountainous PNG home.
Nombe is now considered the descendant of one of these ancient lineages of kangaroos.
The full, academic paper may be found here: https://bit.ly/3a6qPRe