WHAT does the new government under the leadership of Prime Minister James Marape mean to companies like Mayur Resources, an Australian company which is developing projects on multiple fronts? 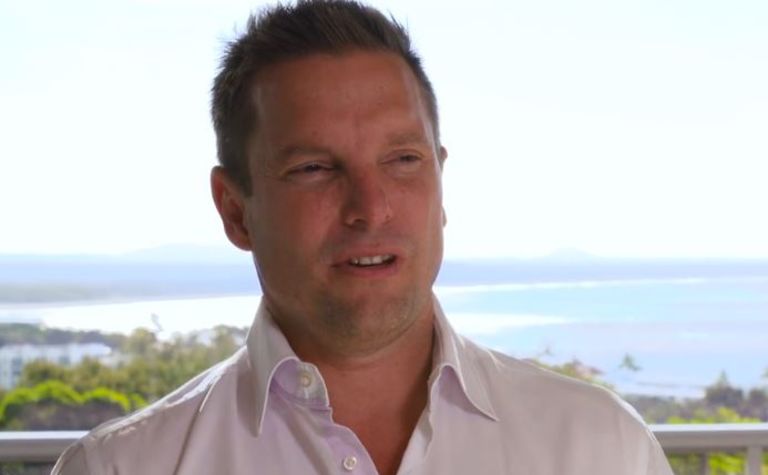 Mayur managing director Paul Mulder has written to the company's shareholders spelling out what he thinks of the way forward. This is an edited version of that letter.
Papua New Guinea has a new Prime Minister and Cabinet with a strongly focused agenda for nation building, import displacement, vertical integration and downstream processing. This provides unprecedented opportunities for Mayur as a first mover having anticipated PNG's inevitable growth trajectory with its industrial minerals and energy portfolio as a key enabler.
This month, I met with the new Prime Minister James Marape and several Cabinet ministers all of whom were extremely generous with their time in wanting to understand Mayur's journey to date and future plans.
Being asked to brief the Prime Minister and the new Treasurer Sam Basil, in the same room was a great opportunity to explain the years of dedication and about K125 million invested to date by Mayur in the establishment of our 100% PNG-focused industrial minerals and energy nation-building Platform.
It is clear that the Prime Minister's vision is to transform PNG into an independent economic powerhouse within the next 10 years, no longer reliant on donor aid funding but rather possessing a diversified economy with which to support its people.
The Prime Minister is committed to creating a supportive environment for industrial enterprise in pursuing his goals, with an approach of promoting small to medium scale projects with which to stimulate the economy.
Furthermore, a key objective is to remove dependence on imports and provide self-sufficiency in building materials and energy via use of in-country raw materials to diversify and mature PNG's economy rather than being beholden to the next resources mega project in oil, gas or mining.
Mayur is aligned with the above in three key areas:
Central Cement and Limestone (CCL) project: The new government has identified our flagship CCL project, 25km west of Port Moresby, as a high priority ‘pioneering project'. As such, it may be eligible for government support, namely tax and tariff concessions to be balanced with a greater share of benefits made available to PNG landowners.
The government is not only encouraged that the CCL project will reduce foreign exchange outflow, by replacing imported cement materials from Asia, but also deliver an added benefit of establishing a new industry to export these cement materials into Australia and the broader Pacific region.
The Prime Minister was particularly pleased that, in addition to the support of his cabinet members, led by the Treasurer and Central Province Governor Robert Agarobe, has also been providing guidance since the concept stage and is in full support of the project for his province. The project will contribute to the economic development of Central Province by delivering a wide range of community benefits, particularly in the areas of employment, education and health.
Lae Enviro Energy Park project: Mayur's proposed 52.5MW Enviro Energy Park in Lae has already received public government support from the Governors of both Gulf and Morobe Provinces, as well as other Ministers - including Finance, Treasury, Lands, Mining and State-Owned Enterprises. The power plant, which will take solar, biomass woodchip and coal will assist PNG in meeting its electrification target of 70% by 2030.
During our briefing, the Prime Minister noted, quite rightly, that currently PNG was essentially in a black out condition while the rest of its Asian and Pacific neighbours were lit up. The plan to source fuel from our proposed PNG coal projects in Gulf Province also added greatly to the project's appeal, given the use of domestic energy resources will displace the prolific and extremely costly use of imported heavy fuel oil and diesel that drain foreign currency reserves and are also far more polluting.
We are confident the Lae integrated EEP power project will also receive ongoing government support and we highlighted that New South Wales Energy Minister has just approved a 1400MW upgrade of the Mt Piper Coal fired power plant in Australia for the next 24 years. Noting this project has very strict environmental conditions and is very similar to the coal power plant that PNG Ministers (Mining and Lands) and SOE executives visited with Mayur just north of Sydney at Vales Point in December 2018.
Orokolo Bay Industrial Mineral Sands project: The government is also very supportive of Mayur's Orokolo Bay industrial mineral sands project in Gulf Province as another new enabling project given the following:
• As a first for PNG, it will produce and export iron sand (for steelmaking) and other sand materials vital for construction.
• It is aboput 300km north-west of Port Moresby in the Gulf Province where tax free zones are under consideration.
• It will create a new mining industry and provide much needed employment opportunities in Gulf Province.
• It provides an opportunity in the medium term to replicate this project elsewhere across other minerals sands tenements in the Gulf of Papua in PNG and also establish potential vertically integrated steelmaking facilities using domestic iron and coal resources.
Mayur is in the box seat to serve PNG's new era of economic growth and prosperity. Mayur has the projects and the people to achieve new levels of performance for shareholders, the PNG economy and very importantly the people of PNG. We look forward to delivering on your investment in Mayur.

34-page presentation spells it out 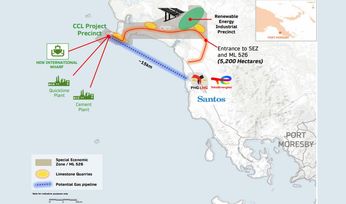 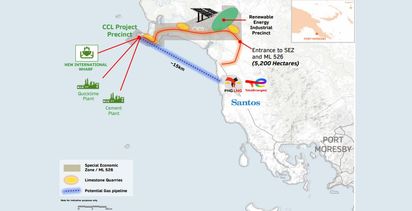