THE next few years will not be easy for Papua New Guinea, but the mining industry is ready and willing to help, provided government maintains a stable fiscal and regulatory environment that grows investor confidence and attracts to PNG the much-needed revenue. 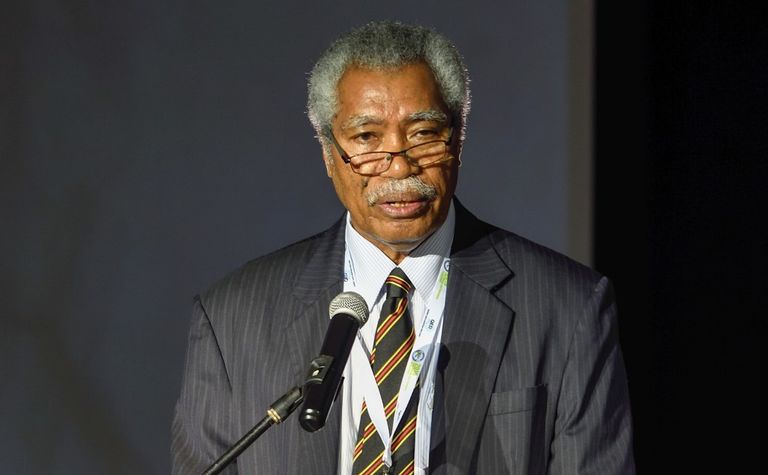 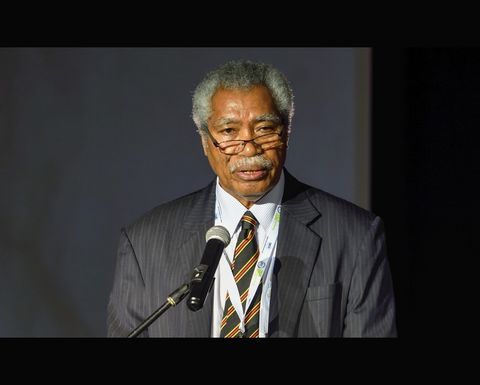 This was said by Chamber of Mines and Petroleum president Gerea Aopi when he made his welcome address at the Mining and Petroleum Investment Conference currently being held in Port Moresby.
"Institutional quality is a crucial factor for resource-dependent countries to achieve sustainable, development-orientated policies and sector governance. The credibility, quality, transparency, and accountability of policy making processes, public institutions, the legal and regulatory climate and sector governance are major determinants of how successfully countries can channel their resource wealth into sustainable development," Aopi said.
"This is what developing shared value is all about. We win together."
Aopi said that the spin-off from mining, oil and gas led to substantial business development, resulting in the establishment and growth of landowner businesses.
"It has supported small and medium enter activities of which some are household names today in the PNG economy such as the IPI Group, Anitua, NKW, Laba Holdings and Trans Wonderland. Many of these locally incubated companies now invest offshore in multimillion dollar investment projects.
"They all had their genesis from the flow on benefits from mining and petroleum projects. Mining and petroleum companies take their corporate social responsibility seriously in PNG and also provide services beyond their footprints of operations," Aopi said.
Aopi also highlighted the contribution mining, oil and gas companies made to the public purse. "Porgera mine has contributed over K4.3 billion in taxes and royalties to PNG since its operations began. Newcrest is also another huge contributor to PNG. It is one of the largest suppliers of foreign exchange to PNG, contributing $US361.5 million to the national account through acquisition of K1.22 billion of currency during the past year. The PNG LNG project since first gas production in 2014 has contributed around K5 billion.
"All in all, the mining and petroleum industry has contributed well over K27.579 million in export revenue according to the Bank of PNG's December quarterly report of 2018, and almost 29% of PNG's GDP according to the latest PNGEITI 2017 Report released in December 2018."
He said that more than 50,000 locals were either directly or indirectly employed within the industry as a result of the mining and petroleum sectors.
Aopi warned that in a world of mobile capital, countries were in competition for foreign investment.
"As such to attract and maintain the right kind of foreign investment, we need world-class legislative framework that offered fair distribution of returns between the developers and the state, ensured security of tenure to investors and stability of investment terms, and provides protection for the environment, employees and communities."
He said the Wafi Golpu project had the potential to create thousands of jobs for and inject substantial revenue into the country, "money that can then be well utilised to develop our districts, and improve basic services".
He pointed out that the two major upcoming gas projects, the Papua LNG project and the P'nyang gas field development were projects of substantial proportion which would contribute to PNG's growth.
Referencing some of the antagonistic debate in recent times between government and the resources industry, Aopi had this to say: "This conference is an opportunity for all of us to tone down the rhetoric, to better understand each other's perspectives and to work together to find the middle ground that will enable us to move forward as a nation.
"This is the role that the Chamber of Mines and Petroleum is trying to play where we want to strengthen relationship with the government and other key stakeholders and inform the people of PNG about the immense contributions of the industry and why it is critically important that PNG remains an investor-friendly destination."

US, PNG in biodiversity deal 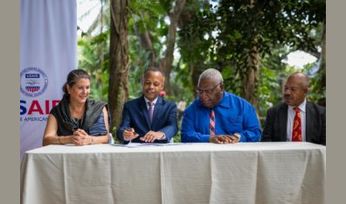 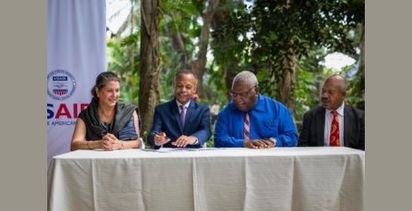