EXXONMOBIL PNG and Kumul Petroleum highlighted their downstream developments at the recent 27th Mining and Petroleum Conference in Port Moresby. 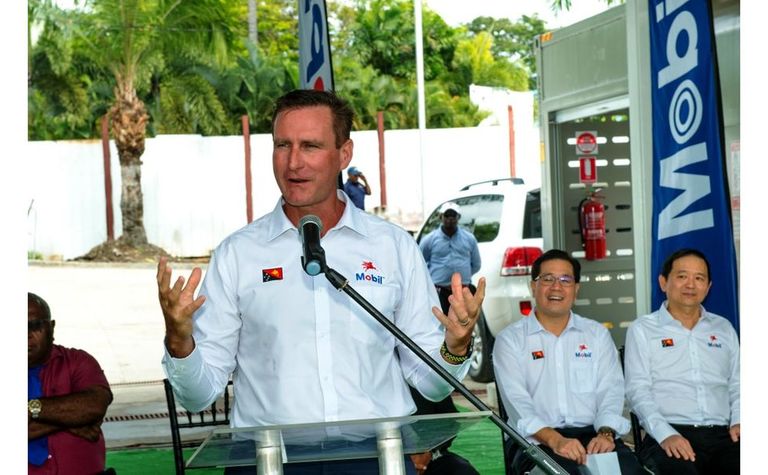 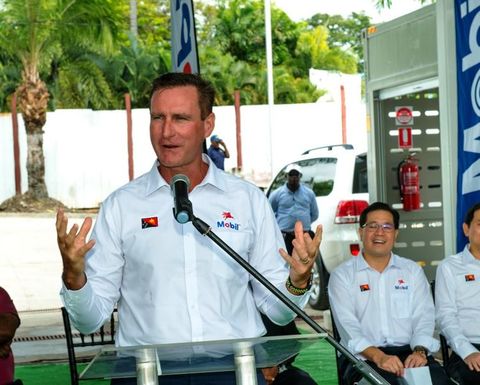 Andrew Barry at the official opening of Mobil fuel station

As the Exxon celebrated its fifth anniversary in PNG and 500 cargo achievement, Kumul Petroleum managing director Wapu Sonk was frank in saying PNG LNG's benefits to the local economy left a lot to be desired.
"The reality is we have just had over 500 cargoes exported with very little cash or other benefits flowing through to treasury or the local economy," he said.
"Meanwhile the power cuts in Port Moresby are more and more frequent."
Utility PNG Power has been forced to load shed across the country since October, as it struggles to pay its bills waiting for the national government to pay the millions of kina it owes in arrears.
Sonk said Kumul wanted to explore downstream developments to broaden the use of gas produced, such as in petrochemicals and the electricity sector.
"When the agreements were put together for the PNG LNG project, I think everybody was focussing on LNG export and we did not know what opportunities come with it. Now we are learning and learning fast as well, so it's really an evolving story."
Sonk said he believed five trains were sufficient for PNG's gas projects and that it was the right time to sharpen the focus on downstream activities.
The Port Moresby gas power station built earlier this year, a 50-50 joint venture Kumul operates with Oil Search via subsidiary NiuPower, is currently operating at a reduced rate but will be connected to the main grid in the first quarter of next year, according to Sonk.
ExxonMoblil PNG managing director Andrew Barry said PNG LNG had provided 20% of Port Moresby's domestic power demand, saving PNG Power and the government some K300 million in fuel costs which would be boosted by its gas supplied to the new power station.
"We are now providing gas to the new 58MW power plant which will add 40% more capacity to the Port Moresby market," he said.
"This project alone is expected to save hundreds of thousands a day in fuel costs."
As the sector continued to emphasise the local benefits it brought amid ongoing reviews of the Mining and Petroleum Acts, Barry invoked the multitude of benefits.
"Accessing reliable affordable energy is transformational in economic development," he said.
"The core focus of our expansion plans is to reduce the cost of energy in the country, across multiple different aspects, with gas fired power being just one of these."
As an example he said the construction of traditional petrol stations was timely and expensive, and said the company had found a solution in creating above ground tank systems for petrol stations making it more accessible for landowners and reducing fuel costs.
ExxonMobil plans to develop at least 20 of these stations by the end of 2021 throughout PNG, Barry said.
"This approach will drive down local energy costs and is just an example of part of our overall LNG expansion plans," he said.
"As the country's energy infrastructure continues to develop, so will the ways in which we encourage and support development."

'Downstream processing is in our DNA' 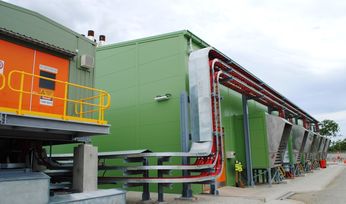 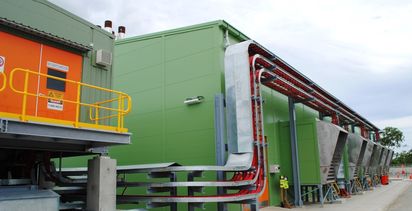 Ingredients for oil and gas winners