MOROBE Governor Ginson Saonu has refrained from commenting on the proposed coal-powered electricity plant in Lae, saying it will only complicate talks on other major projects. 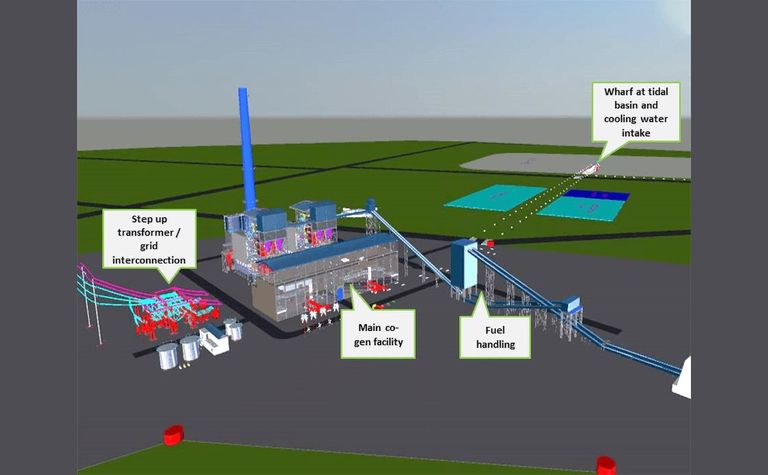 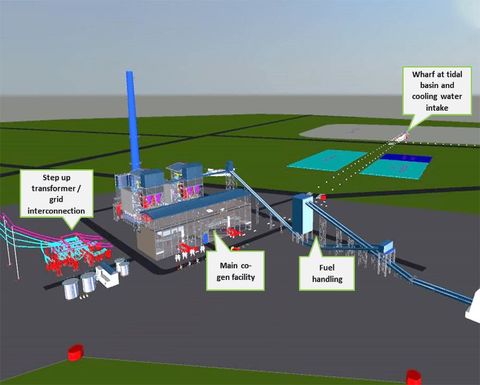 "We still have Wafi-Golpu discussions ongoing and I don't want to complicate the issues as it's all within the same impact area," he said.
The proposed K400 million Enviro Energy Park to be developed by Mayur Resources is expected to supply the Ramu grid's energy needs with a mix of energy sources, of which one is coal.
The National newspaper reports that while the Conservation and Environmental Protection Authority (Cepa) has approved the project, student environmental activist groups and independent bodies such as Nogat Coal are strongly against the idea.
A few individuals, with the support of the Morobe Evangelical Lutheran Church of PNG met recently in Lae, to discuss a recent report by Centre for Research on Energy and Clean Air on the health and economic impacts of the coal power plant.
The report highlighted air pollution as the second leading cause of death and disability in PNG.
CREA analyst Isabella Suarez alleged the estimated impact, should the 52MegaWatt station start, would expose thousands in Morobe and nearby Highlands provinces to elevated pollution levels.
Samantha Kuman, advocacy officer with Centre for Environmental Lae and Community Rights who established the Nogat Coal campaign, said there was need for more campaign against coal. Mayur Resources is awaiting a power purchase agreement from PNG Power before the project starts.
Mayur's managing director Paul Mulder completely rejects the NGO's claims. This is an edited version of his response.
• The Lae Enviro Energy Park contains, solar, renewable biomass, coal and by product steam as a range of energy related sources.
• The project has been paused and renewable projects being pursued, where the project proceeding or not is now up to the PNG government, if the PNG government wants to switch off the highest polluting and highest cost energy of imported heavy fuel oil and diesel used for electricity generation in Lae and reduce emissions scientifically by over 80% and more than half electricity generation costs, the Lae enviro energy park is one of the governments transition options.
• The statements made by Centre for Research on Energy and Clean Air are factually totally incorrect as the Lae enviro energy park would displace much higher polluting imported diesel and heavy fuel oil electricity generation in Lae with emissions reductions of more than 80% versus business-as-usual energy generation in Lae. The Lae enviro energy park will also be less than half the cost to generate electricity.
• Katestone, which the Australian government has used for many years on emissions verification, independently assessed and confirmed the Lae Enviro Energy parks total energy consist and technology including renewable and emission offset attributes versus Lae's factually measurable air quality and current energy generation practices. Katestone calculated from the technology proposed to be used in the enviro energy park where there will be a massive 97% and 72% reduction respectively in sulphur and nitrogen dioxides versus current practice of using heavy liquid fuel as well as an 85% reduction in particulate matter versus liquid fuel. Both sulphur and nitrogen emissions contribute to acid rain and respiratory problems. There will also be a 5% reduction in carbon dioxide.
• The Climate Change and Development Authority (CCDA) have validated the work and statements with a no objection approving per Article 12 of the Kyoto Protocol para 40(a) of annex to 3/CMP.1 the Lae project to participate based on detailed scientific assessment in the Clean Development and has acted in the capacity as PNG's designated national authority (DNA) in accord with article 12 of the Kyoto Protocol to the United Nations Framework Convention on Climate Change (UNFCCC).
• The article circulated by from CREA Isabella Suarez falsely claims 52MW of power coming from the proposed enviro energy park would have cumulative impacts on health and economic impacts without having any understanding or cognisance that it will cause the cessations of using heavy fuel oil and diesel power generation in Lae and use a mix of thermal and renewable energy as a transition to more renewable energy use in the facility - very poorly researched.
• Interesting the article is written by an analyst in Indonesia where they produce 400 million tonnes of coal per year where PNG with 52MW energy park would product around 250,000t of coal per year - Indonesia has 1600 times more coal production and therefore a 1600 times bigger problem and would suggest that a focus and effort be directed first where CREA resides before criticising PNG for exploration of a part thermal part renewable plan as part of a transition to full renewables. 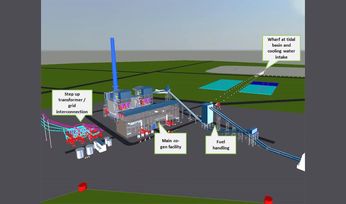 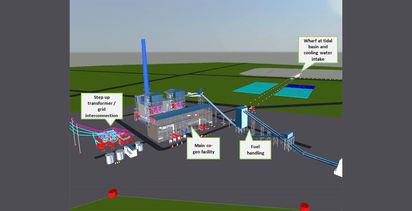