Expect the unexpected during PNG polls

NOW that the nation is gearing up for the eighth national elections  part of a process the political scientist Henry Okole refers to as a persevering third world democracy with uninterrupted parliamentary rule since 1975  the business sector should expect some unexpected twists and turns from the policymakers. By Brian Gomez

The quality of governance and leadership is likely to decline more than in most western democracies with only four months to go to the elections.

Concerns are being expressed over the availability of guns, especially in the Highlands Provinces, and the danger that hijacking of ballot boxes by election candidates could be a serious problem.

There is concern at grassroots level over changes to the voting methods and the limited preferential voting system being introduced for the first time in a national election, even though 10 by-elections have successfully used the process.

With something like half the population illiterate, there is concern that a ballot paper without the pictures of candidates would make it difficult for many voters and there is concern over the trustworthiness of people who help them.

However, the Government appears to have set aside adequate funding for the Electoral Commission and police and other groups to try and ensure a smooth election.

Some observers believe the best outcome would be guaranteed if elections are held on a staggered basis, especially in the Highlands, so that security would be at a very high level during the voting process and collection of ballot papers for counting. At this stage it is unlikely they will go down that route.

It will be interesting to see how much the resources sector comes up for debate.

The Somare Government introduced wide-ranging incentives to attract international explorers back to these shores. These measures have been highly successful in creating near-record activity levels.

There appears to be widespread acceptance that current trends are positive and for betterment of the country and its people. However, there is always an undercurrent of dissatisfaction and disenchantment.

This is understandable because mining and oil projects represent pockets of prosperity, or what some economists term as “economic enclaves”, like little ships adrift in a sea of abject poverty.

During the 2002 national elections, the rich Porgera mine experienced its worst power interruptions ever because people living along the route from the Hides power station decided that one way to bring attention to their plight was to disrupt this power supply. For them the strategy worked.

Because the Ok Tedi copper-gold mine is now virtually PNG-owned, except for an 18% stake held by Canada’s Inmet, that company is having a tremendous impact on villagers along the Fly River through various forms of financial and technical assistance.

True, many of those same villagers also suffer from the devastation caused by the dumping of tailings in the river system and the consequent dieback affecting hundreds of square kilometres of terrain.

Nevertheless, the people feel they are cared for and certainly want the mine to continue as long as possible, even though current reserves are scheduled to run out by 2013.

One of the dissident voices about Ok Tedi comes from Western Province Governor Bob Danaya, who is constantly calling for a better deal for landowners though it is not clear what exactly he expects. Landowners collect royalties – the levels are determined by government – from all resource projects.

From a broader perspective as politicians begin to focus more on the electioneering process, some aspects of governance can be anticipated to suffer. There is always the danger, as happened in 2002, that extravagant spending could create problems for future stability and growth.

But there are many who believe that PNG is entering this election period with the brightest prospects for the future – even though there has been an immense deterioration in living standards over almost three decades. 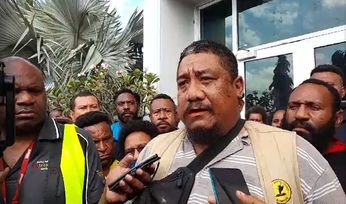 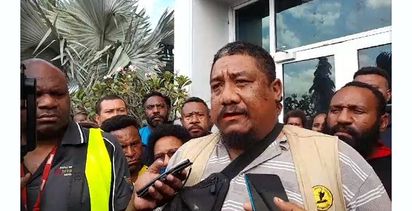