The media and the ugly face of corruption

ONE OF the great strengths of PNG’s enduring democracy has been provided by the freedom in which its mass media has continued to operate over the years.

Although the press generally appears limited in its scope and outlook, PNG journalists appear totally unafraid to leap into any controversy although, on balance, corruption probably does not get an adequate hearing.

The latter is probably due to inadequate training and professionalism on the part of journalists as well as the limited financial capacity of most media owners.

This may sound like a harsh judgement on a mass media that is much more alive to controversial issues than their counterparts in most developing countries, including relatively close neighbours such as Malaysia, Indonesia and Thailand.

But in spite of a high reputation it must be remembered that the Sandline affair, for example, was a story by a well-known Australian journalist for the Weekend Australian.

In recent times there has been the scandal about snake vaccines that disappeared from government hospitals and went on sale at private outlets that made exorbitant profits.

That story was broken by the Australian Broadcasting Corporation, which duly received some help from PNG's Minister for Health.

Since the story broke no one has been charged for any offence.

More recently the local PNG media has publicised a story about government drugs that have been gazumped for the enrichment of private Bougainvillean parties, at the expense of the ordinary people who have to visit public hospitals.

Such cases of theft for personal gain, generally with the connivance of government employees, are unlikely to be properly investigated.

There has been little or no meaningful follow-up - and no sign of anyone being charged - and the "thieves" will continue to benefit from slack government operations.

Another big local story that was broken by the foreign press in recent months was the scandal involving the lack of basic food items like milk for babies and little children admitted to the Port Moresby General Hospital.

That story was broken by the Age in Melbourne, possibly by a journalist who may never have stepped foot on PNG soil but made some phone calls on the basis of a tip off.

In response the Health Minister made a much publicised trip to the hospital to discover the truth for himself. On return to his office he decided it was too hard for him to resolve the problem.

A private pharmaceutical company came to the rescue by providing interim supplies, but as one local newspaper discovered one or two babies had already died for lack of food.

The lack of action emanating from such newspaper stories has to make one ponder the value of a free press. Or from another angle we have to wonder about public apathy.

hospital, and many other public facilities, were run by private parties as commercial-style operations that possibly were non-profit making.

Would a church-run medical facility in PNG ever have a situation where infants treated at the hospital could not avail themselves of their daily necessities?

These thoughts come to mind partly because of a brave news story on the front page of yesterday's Post-Courier that suggests a current PNG Cabinet Minister has amassed a US$40 million fortune in two Singapore bank accounts because of fees collected for the country's export log shipments.

Despite the proof the newspaper says it holds of these potentially defamatory and libellous claims, it is hard to expect any serious investigation to be carried out even by PNG's Ombudsman Commission.

These tasks just seem too hard even for them. 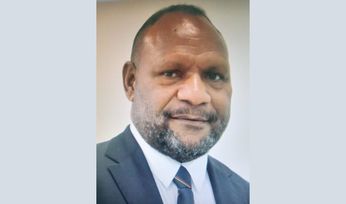 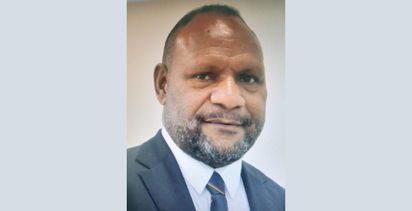