A PAPUA New Guinean parliament decision to hand over national control of mining and petroleum resources to customary landowner groups will create chaos for its economy, according to the PNG Chamber of Mines and Petroleum. 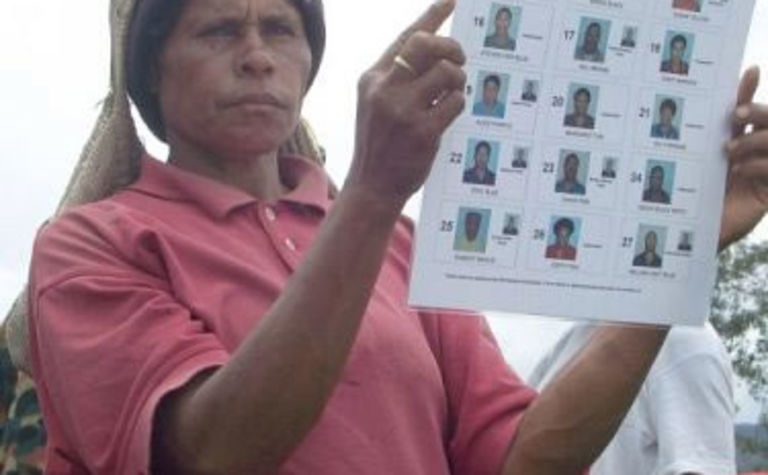 Prime Minister Peter O'Neill, who remains the effective PNG leader in spite of a Supreme Court decision which upheld Sir Michael Somare as the rightful PM in the last case before Christmas, has importantly reassured the chamber that the status quo will remain.

But the coalition of politicians behind him has been debating the introduction of an array of resource ownership amendments to mining and petroleum laws in parliament.

The proposed amendments date back to 2010 when Boka Kondra, who has the giant Ok Tedi copper-gold mine in his electorate, championed his Natural Resources Ownership Bill from opposition.

With the change in government in August, Kondra became a vice-minister for mining.

Kondra's bill has a simplistic approach to amend existing mining and petroleum legislation by substituting the word "state" with either "customary landowners" or "landlords".

With a scheduled election due midyear - which Deputy PM Belden Namah is lobbying to delay by 12 months - the resource ownership changes might be seen as a strong vote winner but the consequences could be far reaching.

In perhaps its most dramatic position paper ever, the chamber recently outlined its key concerns.

"The key resources issue in PNG today is the challenge facing landowners and government at all levels in converting the benefits generated by the mining and petroleum industry into real and tangible improvements in the lives of everyday citizens," the chamber said.

"This fundamental issue can only be addressed through good governance, accountability and revenue transparency.

"It will not be solved by converting the resources sectors to private ownership.

"The chamber believes such a move would create chaos in the resources industry and disrupt the national economy."

The chamber said the concept of landholder ownership of resources was a populist policy which was promoted without consideration of its impacts.

"In some cases, it can be interpreted as a form of cargo-cult politics promising a get-rich-quick outcome," the chamber said.

"If resource development was to take place under a regime of landholder ownership, it would enrich a few small groups of privileged landowners at the expense of everyone else.

"These elitist groups receiving the lion's share of the resource benefits would not be interested in the welfare of the rest of the country.

"This regime would promote selfish and separatist attitudes which are inherently at odds with the aim of nation-building."

Under the existing system, landowner groups already received considerable benefits but how they were managed was another issue raised by the chamber.

"There are widespread examples of misuse of these benefits and numerous ongoing disputes caused by jealousy and greed," it said.

"A change in ownership will greatly magnify these issues and lead to chaos.

"When large cash payments are made to landowners, there is a prevalence to spend for today and forget about tomorrow.

"In some cases, large chunks of the money are swallowed up in repaying outstanding loans and debts for extravagant expenses and luxuries, usually at exorbitant interest rates."

Determining the rightful landowners for any project in PNG has long been a complex challenge, perhaps best exemplified by the fact that tens of thousands of people have moved to live near Barrick Gold's Porgera mine over the years.

The chamber said a change in resource ownership would magnify the existing social problems manyfold and could ultimately make it impossible for resource industries to operate.

"Because there is no system of land title for customary land, the solidity and permanence of any agreement would be totally at the whim of the community or dominant individuals within the community, who could use their position at any time to blackmail the investor," it said.

"It would result in a plethora of agents, ‘consultants', charlatans and even ‘warlords' aspiring to represent landowners in access negotiations for exploration, as well as for development."

The chamber was of the view that the myriad of economic and social problems in PNG often had root causes that could be traced back to some form of corruption.

"Changing mineral ownership will not address these problems," the chamber said.

"It requires a fundamental shift in the way that governments and landowner leaders manage, utilise and distribute resource benefits and the way they report on this to their respective constituents.

"It requires a major shift towards transparency, integrity and openness."

PNG remains in a constitutional crisis with the Supreme Court wading through a torrent of cases relating to who is the legitimate PM, while key figures of the O'Neill-Namah coalition also face contempt of court proceedings.

The chamber's position paper is available as a pdf document under "downloads" to the right of your screen.