THE president of the once-dominant National Alliance party in Papua New Guinea believes parliament will inevitably attempt to defer the looming election.

"The writing is on the wall," NA president Simon Kaiwi said.

"For the speaker of national parliament [Jeffery Nape] to publicly single out the electoral commission and suggest that it is parliament that decides the date when writs are issued shows his group's intention to defer the 2012 general elections."

Kaiwi is calling on all candidates of the 2012 elections and their political parties to support a NA campaign to oppose an imminent deferral of the scheduled mid-year election by the O'Neill-Namah government.

"All intending candidates must recognise the intentions of the O'Neill/Namah group who consider themselves to be supreme by using their numbers to lengthen their days in office," he said.

"Our watchdog institutions have fallen asleep; consider this a wake-up call as these members of parliament cannot derail Papua New Guinea from our fundamental right to a general election.

"We have seen enough examples of abuse of the system by this regime and I caution PNG that they will stop at nothing to remain illegitimately in control."

O'Neill has stated that he wants to hold the election as scheduled in June-July.

But Deputy Prime Minister Belden Namah - who is widely believed to command more parliament numbers - argues it should be delayed by 12 months to introduce a biometric voting system to cut down on possible voter fraud.

The Australian High Commission has already warned that implementing this voting system, which uses fingerprint scanning technology, could take five years to implement in PNG.

There are also fears this voting system can be manipulated.

Under the PNG constitution, parliament is only allowed to alter the election date if there is a state of emergency. 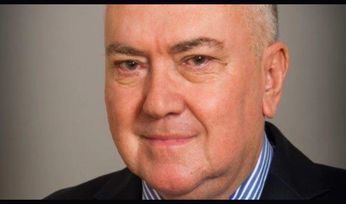 'Australia faking it over Digicel'