AS relations between Papua New Guinea and Australia improve, the 2012 PNG election faces law and order challenges – but any serious security threat to the PNG LNG project could be met with a response from both governments. 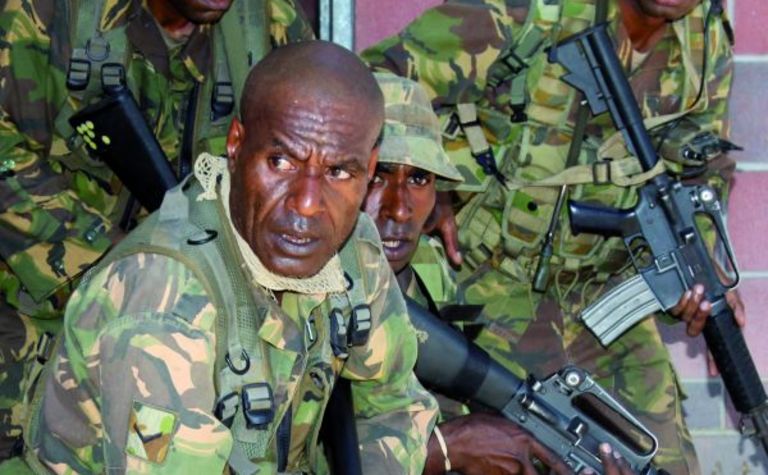 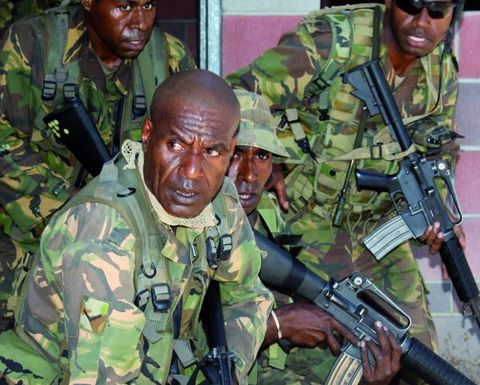 Resources boom-fuelled inflation, rising gun-related crime and a dramatic, time-consuming sequence of political events over recent months ensure that the PNG election in June will be an exciting contest.

Despite a failed cabinet attempt to suspend Chief Justice Sir Salamo Injia in November, the Supreme Court has finally addressed the outstanding matters over whether the formation of the O'Neill coalition government in early August followed constitutional processes.

In its December 12 ruling, Sir Michael Somare was upheld as the country's rightful prime minister. But as PNG Report went to press, there was uncertainty over whether Somare or Peter O'Neill would lead the nation.

While a further shake up of political allegiances cannot be ruled out, PNG parliament has made progress on two ground-setting bills for the next election.

Promised years ago, these bills included reforms that reserve 22 electoral seats for women* and the establishment of boundary changes to carve out the two new provinces of Hela and Jiweka out of two highlands provinces.

Another long-flagged policy matter was to cease the role of governor's seats, but this was swept under the carpet through a recent parliamentary amendment to defer the issue to the 2017 election (although Organic law changes to implement these changes also still need to be passed).

Going by the pace of setting up the electoral framework in parliament, there are understandable fears over the state of government preparations for holding the election.

One worrying indicator was the mess made of the national census. Starting up in July and scheduled to take just one week, logistical issues and pay disputes caused various delays and the results are not expected to be analysed until around mid-2012.

Institute of National Affairs PNG executive director Paul Barker told PNG Report the census was conducted very poorly and he did not expect a good calibre of results when they do become available.

The key election concern is the threat of violence due to the growing number and sophistication of the guns available in some Highlands provinces, notably in the Southern Highlands, which comes as police and armed forces remain under-resourced.

Anger over lack of action with law and order even triggered riots in Lae during November, when hundreds of local youths rose up against a crime wave they blamed on squatter settlements of highlanders in the port city.

Despite the amount of its construction activity in remote locations in the Southern Highlands, Barker believes the ExxonMobil-led PNG LNG project has played an indirect role by diverting much of the country's limited police on the ground away from Lae and other centres, while the government has failed over many years to keep police capacity in line with the growing population and urbanisation.

He said PNG nationally had about 3000 police operating in the field but about 1000 were basically doing security duties for the PNG LNG project, partly at the expense of the project developers.

"Having taken those police out, we need the replacements working with the community and providing a deterrent, rather than just making punitive raids, because that is part of the problem," Barker said of the situation in Lae.

"Gangs and petty criminals know that there are really no police in the local stations, they are mostly hollow, and there is very little community policing going on and dialogue."

Police units flown in from Port Moresby helped cool down the unrest over two days in Lae. But without support from the business community their effectiveness may well have been compromised as they lacked food supplies and relied on donated mobile phones for communications.

As for tackling a possible outbreak of fighting in volatile Highlands areas, notably during or following the elections, PNG police could face a vastly better-armed force than the mobs of youths during the Lae riots.

Barker said there are a lot of M-16 style assault rifles in the Highlands with military-grade weapons being held in the region for many years.

He said a lot of these guns seem to be used as a deterrent in tribe-based conflicts rather than for aggression but there were some pockets which were threatening and anarchic.

The Nipa area in the central Highlands halfway between Mendi and Tara was one of these troubled no-go zones dominated by criminal groups.

"They do love to do holdups on the road, and more, I understand, and it is certainly an area that has to be addressed," Barker said.

The PNG police is also backed up during elections by a small defence force of just around 2000 personnel, according to some estimates. Barker said strengthening capacity was a priority, but that must be combined with active community support or police numbers alone would be immaterial.

He added that any external support must be geared to supporting and strengthening the police's own long-term capacity, and not entail dual systems.

Australian Defence Parliamentary Secretary David Feeney, who has held high-level talks with O'Neill (as PNG's prime minister) and PNG Defence Force commanders this year, made it clear that the Australian government is willing to help address security issues for the looming election.

"There are extensive reports of arms trafficking and there are deep concerns in both the Australian and the PNG government about the extent and capability of weapons going into places like the Southern Highlandsin particular," Senator Feeney told PNG Report.

"There are concerns that could play into violence around the elections on the basis that it has been experienced in the past."

While acknowledging that ongoing law and order issues were well and truly on the maps of PNG and Australian defence officials, Feeney indicated that a timely request from the PNG government would maximise opportunities for PNGDF and ADF cooperation.

"We've made it plain that we are interested in assisting and I guess the earlier and the more concrete those requests for assistance come, the better able we will be to respond."

A key restraint to possible law and order assistance from Australia remains the PNG Supreme Court decision to refuse legal immunity status to the AFP in 2005 - resulting in the infamous exit of 150 AFP officers from the country.

But a joint effort to revive at least some aspects of the Howard government's Enhanced Cooperation Program to tackle law and order challenges in PNG is underway, as announced by O'Neill during his October visit to meet Australian Prime Minister Julia Gillard in Canberra.

The AFP only has 15 officers in PNG and they are expected to provide assistance with planning, police training and communications, along with command and control mechanisms for the next election. Yet there is the possibility the AFP will send over more personnel.

"In consultation with the Royal Papua New Guinea Constabulary, the AFP will continue to reassess its deployment throughout the lead up to, and duration of, the 2012 elections, and will continue to make resourcing decisions in line with fluctuating operational needs and requirements," an AFP spokesperson told PNG Report.

Despite credible concerns of violence ahead, Feeney downplayed recent sensational claims from Sydney's Daily Telegraph, which cited various sources claiming the ADF has drawn up plans to evacuate 15,000 Australian expats out of PNG if the election turns into a "shoot-out".

"It's a classic beat-up," Feeney said. "We have contingency plans for just about everything you can imagine."

Possible plans for non-combatant evacuation operations, better known by the foreboding acronym NEO, seem to have quite a large scope indeed.

"I don't think it's helpful or accurate to say we are building these giant NEO plans for PNG," Feeney said.

"We're even ready to rescue Australian citizens from Perth if you guys get fed up."

Having visited PNG in July and October as part of joint ADF and PNGDF exercises, Feeney said the PNG government needed to make some decisions on its air transport wing, which was important for the mobility of PNG's armed forces.

But he praised a PNG government decision to put two heavy amphibious warfare-classed landing craft vessels into shipworks for repairs.

Feeney said the craft would provide a very useful capacity to the PNGDF to support its election activities around various islands.

Yet Feeney's key concern remains as what happens in the Southern Highlands. And in what is encouraging news for PNG's key industries, the completion of the PNG LNG project is a strong Australian foreign policy consideration.

"I hope the project realises everyone's ambitions, which is to generate a lot of wealth, a lot of employment and opportunities for the people of PNG," he said.

"PNG does have a big future in the resources space and resource projects which are well run, supported by the population and are practicable and profitable will attract further investment.

The PNG LNG project, which will transform the economy, remains on target for first exports in 2014.

*This bill failed to get the final parliament approval earlier this year.

Not allowed to serve more than two terms as president 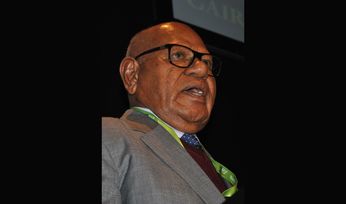 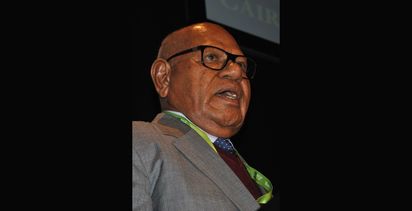