TREATABLE illnesses regularly claim lives across remote areas of Papua New Guinea due to a dire lack of medical resources. An Australian doctor shares her experiences from a six-month tour of New Ireland province. 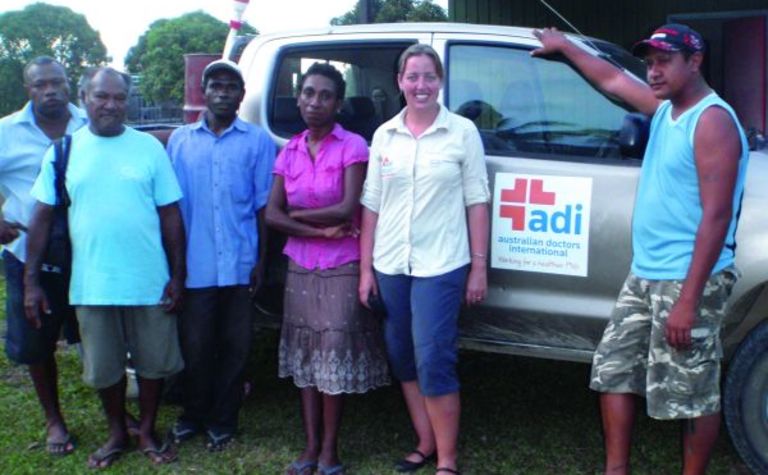 A volunteer for Australian Doctors International, a non-profit medical aid organisation which focuses on delivering primary health services to remote areas of PNG, Gitsham conducted regular two-week health patrols in New Ireland from when she arrived in July last year until she flew back to Australia for Christmas.

In a team of seven to 10 provincial and district health staff including a dental therapist, the patrols would visit each remote health centre and surrounding area for three days at a time. Gitsham would help patients suffering from the more challenging medical conditions and also train health workers.

"The most memorable experiences definitely happened on patrol," Gitsham told PNG Report. "We visited some absolutely beautiful areas and experienced the finest of PNG hospitality.

"From a medical point of view, I saw many fascinating tropical diseases that I had only read about. There were some seriously ill patients that I was able to cure - who probably would have died without medical assistance.

"One middle-aged woman I saw had such bad, undiagnosed diabetic neuropathy [pain and decreased sensation in the feet] that she had been bed bound for six months. Hopefully now that I've started her on treatment she will improve and be able to mobilise again.

"Unfortunately there were patients I couldn't help because of a lack of resources and those broke my heart. These cases are so emotionally challenging because I knew that if they were in Australia I would be able to help them."

Shortages of medical supplies always seem to be an issue in PNG and the general state of the health system is enough of a worry to make long-time expats plan for a retirement in Australia.

"We regularly ran out of basic medications, including paracetamol, and often could not access life-saving medications such as insulin, anti-malarials, antibiotics and glyceryl trinitrate for treating heart attacks," she said.

To help address these issues - which really should be a matter for national, provincial and local governments - ADI is collecting donations of vital medical equipment for distribution to health centres and hospitals in New Ireland.

"This includes both diagnostic and emergency items - cardiac defibrillators, foetal ultrasounds and Dopplers, diabetes glucometers, stethoscopes, aurioscopes and much more, which were donated by Device Technologies, Roche Diagnostics, The Church of Jesus Christ of the Latter Day Saints and Rotary," Gitsham said.

While she was glad to see there were only "very few" malnourished people during her time in the province, there were signs that poor nutrition was behind some of the medical conditions she helped treat.

"I did see many cases of goitre [enlarged thyroid], which may be due to dietary iodine deficiency," she said.

"Unfortunately, many people sell the fresh fish they catch only to buy tinned fish because of the money they can get from fresh fish. The tinned fish is far less in iodine than fresh fish and that may be a contributing factor.

"I also saw many cases of lifestyle disease such as type 2 diabetes, hypertension and ischaemic heart disease. This may be attributed to the limited diet in the region. "On one island the only food available locally was pumpkin, paw paw and seaweed, which is very high in salt and may be contributing to hypertension. This island's poor food supply was due to drought and it relied on items donated from the main island."

Malaria, which is estimated to have infected 44.7% of people in New Ireland, and pneumonia were the most common medical issues the patrols dealt with, but the other PNG illness mainstay of tuberculosis was becoming more serious.

"I was surprised by the high rates of TB in New Ireland province - because I'd been told there was very little there," Gitsham said.

"The fact is it exists in epidemic proportions, but is just not being reported. Fortunately, World Vision is rolling out a TB project in New Ireland province in 2012.

"I was also surprised by the number of patients I saw with lifestyle diseases. Unfortunately, many of the health workers have not had sufficient training to diagnose and treat these conditions. Therefore, the ADI doctors are making a big difference in this area by training health workers and treating patients."

PNG is known for the wealth of its natural resources, such as gold, copper, oil, gas and hardwood timbers, but the potential of its vast biodiversity remains an uncharted frontier.

During her various patrols, Gitsham came across a lot of locally used traditional medicine. She said it was mostly plant-based and "cured everything from rashes to headaches".

"It would be a wonderful research project for someone to document and investigate all these remedies. Perhaps there is a new drug in the jungles of PNG."

The new national government led by Peter O'Neill has big plans to improve health services, including the provision of free health care.

While Gitsham did not want to comment on whether it was possible in PNG, she did suggest another approach.

"What I do know is that the cost of travelling to the health centre and/or being admitted for treatment is often cost prohibitive for many people who live in remote villages off the main island.

"Also, the only government-employed doctors in New Ireland are all based in Kavieng, thus making it difficult for people to get to see a doctor.

"For example, I conducted one patrol to the small islands of Murat ... which from Kavieng takes at least eight hours by ferry. The ferry fare is 120 kina one way - an impossible amount formost villagers.

In six months of patrols Gitsham made a difference to many lives yet one case stood out profoundly during her time in New Ireland.

"On the remote island of Djaulwe did a clinic at a village where the aid post had closed due to disrepair," she said.

"When we announced our arrival and invited the sick people to our clinic, one woman asked if she should bring her 16-month-old baby boy who'd suffered fever and nine seizures over the last three days - ‘good idea' we said!"

We gave him some intramuscular injections of antibiotics and anti-malarials and took him back withus in a banana boat to Kavieng General Hospital.

"The next day he was up and playing and his mother had a wide smile on her face.

"These cases certainly made our work feel worthwhile.

"However, beyond any acute medical care that we provide, I believe that the training we provide to rural/remote health centre staff is even more beneficial because they will then have the skills to deliver the necessary care for the other 362 days of the year."

As to how teachers can learn more about themselves from their jobs, Gitsham left PNG as a different person.

"Volunteering with Australian Doctors International in New Ireland was certainly an experience of a lifetime and has left lasting impressions with me.

"ADI has been working in Western Province since 2000 and started working in New Ireland in March 2011 - I was their second only volunteer doctor to work there, so there were lots of firsts for us both.

"Professionally, it was the hardest job I have ever had."

She said this was because the patients were generally far more ill than those she encountered in Australia and the resources to treat them, including drugs, pathology investigations, radiology investigations, allied health support, and the availability of specialists, were so limited.

"I will never complain about the Australian health care system again."

Despite the hurdles, Gitsham said her volunteer work was an incredibly rewarding experience.

"Despite their poverty and endless hardships, the patients I saw were generally happy and got on with life without complaint.

"Occasionally my clinics were so busy that patients waited hours to see me and yet never complained. They were just so grateful to see a doctor. It really made me appreciate how lucky we are in Australia - and how disadvantaged some people are elsewhere.

"I worked with a great team of dedicated local people, who did a fantastic job of providing health care in a resource-poor environment. They taught me a lot about their culture and they taught me to laugh loudly and often as they always did.

"The hospitality I received was always warm and so wonderful. The fond memories I have of volunteering in New Ireland will be with me forever."

An ADI spokesperson told PNG Report: "Apart from our doctors who started working in New Ireland in 2011, according to the PNG National Department of Health in 2007 a mere 3% of remote health facilities received a doctor supervisory visit and by 2009 this figure was down to zero." 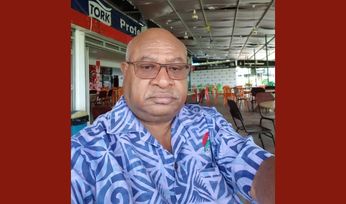 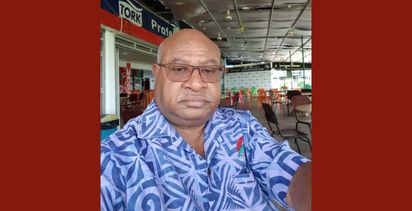