MORE than 1200 people, many in their 80s and 90s, braved a chilly Canberra morning to attend the dedication of the Rabaul and Montevideo Maru memorial on the 70th anniversary of the sinking of the unmarked Japanese prison ship. By Don Hook 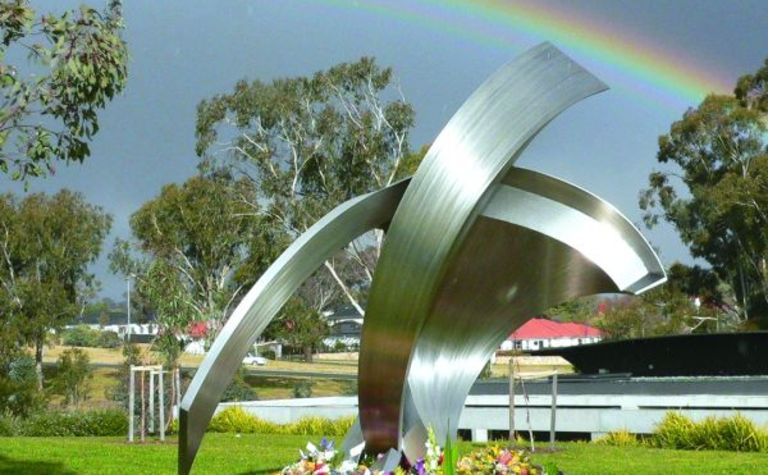 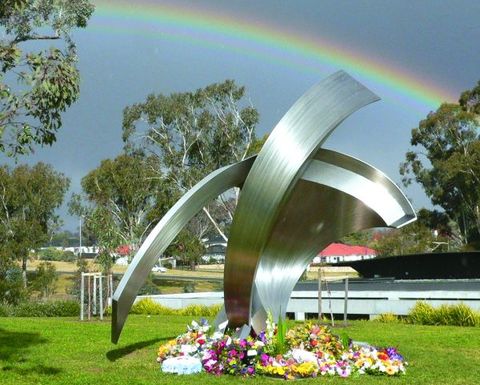 The tragedy remains Australia's worst maritime disaster with the loss of 1053 Australian prisoners of war and civilian internees.

The POWs were loaded onto the Montevideo Maru at Rabaul and were en route to work as slave labour on Japanese occupied Hainan Island in southern China when the ship was sunk by an American submarine off the Philippines on July 1, 1942.

The dedication service, held at the Australian War Memorial, was attended by Governor-General Quentin Bryce who gave the keynote address and laid a wreath at the sculpture commemorating the sinking of the Montevideo Maru.

She said that on one night in 1942 nearly twice as many Australians lost their lives as did in the 10 years of the Vietnam War.

"The men who died will always be in the hearts and minds of their loved ones but now, in this special place, we have a tangible reminder of their story in the form of a splendid new memorial by the artist James Parrett," Bryce said.

She said Parrett's sculpture brought together abstract form and concrete loss. Large sweeping curves conveyed the power of the sea and the magnitude of the tragedy.

Margaret Henderson, of Adelaide, spoke on behalf of the relatives. Her father, the Reverend Thomas Simpson, was a Methodist minister based in the New Guinea islands.

Initially, it was thought he was on the Montevideo Maru but in fact he was beheaded soon after capture by the Japanese at Kavieng on New Ireland.

Henderson spoke of the difficulties, uncertainty and hardship faced by civilian evacuees who were not eligible for the financial and other support that was available to the relatives of servicemen.

She said mental illness and suicide were not uncommon as relatives waited more than three-and-a-half years before they learned whether their sons, husbands and fathers were alive or dead.

"For me and my family and many like me, today is of great significance. Our great loss and the sacrifice (of our menfolk) are now formally recognised in this hallowed place," she said.

"Today's stately ceremony is their funeral and this magnificent symbolic sculpture is their headstone."

Norm Furness, aged 90, a corporal in the 2/22nd Infantry Battalion and Lark Force Association president said he "thought of his mates every day". He was one of about 400 Australians who managed to escape from New Britain.

Lorna Johnston, aged 97, an army nurse in Rabaul, spent three-and-a-half years as a POW, mainly in Japan. She remembered the young Australians on the Montevideo Maru as "only 18, 19 or 20".

Her hope after surviving almost a century of conflict and violence is that humanity will change its ways.

"I'd hope for peace and love," she said. "If the world has peace then it will always have love."

One of the highlights of the weekend was a flypast at the start of the service by three types of aircraft that were based at Rabaul in 1941-42.

The flypast was led by a Hudson bomber followed by a Wirraway armed trainer and a Catalina flying boat.

The Hudson and the Catalina aircraft had several roles in the defence of the New Guinea islands, including reconnaissance, attacking enemy ships and the laying of mines. They were also used to evacuate civilians and military personnel.

Wirraway training aircraft were obsolete for the purpose with which they were used.

On January 20, 1942, wing commander John Lerew's Number 24 (Wirraway) Squadron had only eight airplanes to defend Rabaul against a raid by more than 100 Japanese planes operating from four aircraft carriers.

The Wirraways were hopelessly outclassed by the Japanese Zeros in speed, manoeuvrability and firepower. Of their eight two-man crews, six airmen were killed and five badly wounded in an action that lasted less than 10 minutes. However, the bravery of the crews was inspiring and their loss sadly predictable.

The flypast was a fitting final salute to those young airmen.

Members of the Salvation Army's Melbourne Staff Band had a vital role in the weekend events. They played at the dedication service, the war memorial, the Saturday luncheon and at a major concert on the Saturday night.

Music written by Arthur Gullidge, renowned bandmaster of the ill-fated 2/22nd Battalion/Salvation Army Band, figured prominently in their performances. Twenty-four of the 25 band members were on the Montevideo Maru.

Chief of Army lieutenant general David Morrison was the guest speaker at the Saturday luncheon attended by 640 people. He said it was folly to send token forces to Rabaul to wave the flag and far too many brave young Australians paid the ultimate price for it.

"The dead of the Montevideo Maru silently rebuke Australia and remind us some 70 years later of the consequences of neglect of the nation's defence - the paramount obligation of the state to its people," Morrison said.

He explained how we could pay them no greater homage than in ensuring that young Australian soldiers were never again sent overseas - especially into our near region - with inadequate training and equipment and no plausible strategic concept justifying their service.

Summing up the weekend, Rabaul and Montevideo Maru Society president Phil Ainsworth said relatives of those killed in the invasion of the New Guinea islands or its aftermath had left Canberra with a sense of peace and healing, confident that the sacrifices and memories of their men had been duly recognised and honoured by the nation. 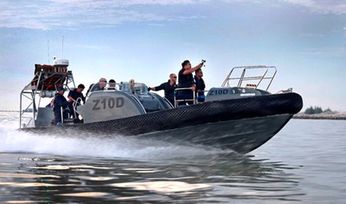 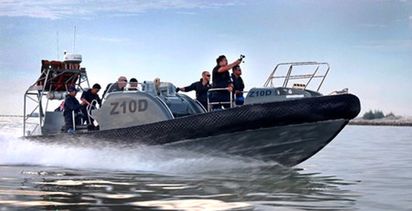 Worst is yet to come, says IMF