THE Dutch disease phenomenon combined with uniquely Papua New Guinean business constraints are choking the margins of industries not linked to the bustling mining and petroleum scenes. 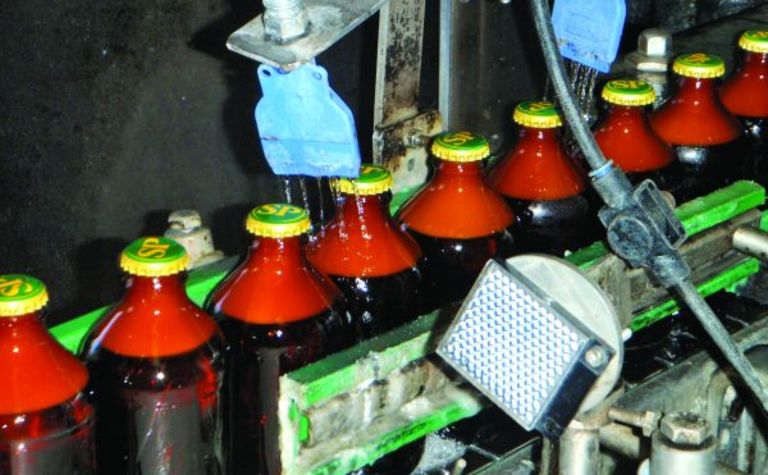 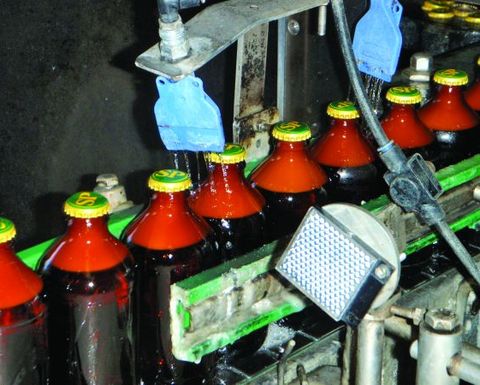 Key sugarcane species are native to PNG, yet its leading sugar producer is threatening to wind down operations.

Yet the business conditions of today are making this sugar sideline go sour.

"They put a submission to government to maintain or increase the tariffs on [imported] sugar or cited they will get out of it all together.

"Sugar is actually indigenous to PNG - it's the one country in the world that sugar actually came from, and we [PNG] are some of the known first cultivators of crops in the world yet we may soon likely lose this commodity, and it comes down to labour productivity, the high cost of labour and failing infrastructure resulting in the very high cost of doing business in PNG."

Scovell, who grew up in Port Moresby, helped set up the Australian government's Future Fund and played a role in overseeing the T3 issue of Telstra shares before he returned to PNG.

As someone who understands the mysterious machinations of government bureaucracies and the demands facing the private sector, he is trying to convince PNG ministers of the need to protect local industries from a tidal wave of unbeatably cheap imported goods.

While so-called "free market" proponents will always scoff at any protectionist measures, it's clear that many key PNG employers are struggling to keep pace in one of the world's most unfair playing fields.

The most notable change to long-established business constraints is the rising kina - which is buoyed by strong copper prices and the surging level of resources-related investment in the country - especially the $US15.7 billion PNG LNG project construction work.

"Over the last couple of years you have had about a 32-40% appreciation of the kina against the US dollar," Scovell said. "So that's been a big offset."

The stronger kina makes imported goods far more competitive, while some Asian countries are further taking advantage of this by subsidising exports.

He said Pepsi and Coke products made in Indonesia and Malaysia were coming in at prices that were even below the manufactured cost from their point of origin.

These exporters also benefit from not being as involved with expensive PNG freight networks, unlike Coca Cola's PNG operations which employ more than 900 people.

"An importer just puts it to the wharf and the retailer looks after it," Scovell said.

"But a manufacturer has to pay to ship the raw material from the wharf in and then move the finished product around. I have one member who pays K27,500 (about $13,000) to ship one 20-foot container up into the highlands, whilst K10,000 of this is for security required for each single container. Even at K17,500 its grossly beyond freight costs in other countries."

There are a variety of other PNG businesses in the FMCG space which are getting crunched by overseas importers.

He used the case of PNG's poultry industry, which he said was on pretty shaky legs at the moment, as an example of how tariff protection was important at a time when Australian producers were exporting to PNG what they would normally dispose of.

"There has been talk about all of this Australian cheap, low-quality chicken meat flooding into PNG from Australia and it is true.

"The volume of product imported into PNG is huge but in terms of the Australian market I'm hearing it's less than 0.2% of their market.

"If the government banned all imports of fresh chicken from Australia, the Australian industry wouldn't even complain about it because it is not significant to them.

But it has hurt our local industry and in particular the small to medium enterprises which PNG desperately needs to encourage.

"So this is the context I am trying to get across to the trade minister. The volumes for these other countries are insignificant but for PNG it is about whether or not you close a K100 million-plus business or even a K10 million investment or not."

Domestic producers of finished palm oil products, with PNG being a considerable consumer of cooking oil, are also facing a trade war.

"Indonesia is now subsidising its finished oil palm products by about $100 a tonne and they are penalising people exporting the bulk oil," Scovell said.

"So in the last three months since they have introduced that policy they have had about a 40% increase in the volume of imported Indonesian palm oil product."

He said the damage was huge, especially when coupled with quality issues from New Britain Palm Oil.

"Consumers are quickly developing a preference for this imported oil which has got more of a chemical in it that makes it look clearer, under colder temperatures, to stop it from cloudiness. With the imported supply having more, it's creating a double blow to those whom have invested in large and small scale pack-off businesses of palm oil."

In regards to the forestry and related sectors, PNG plywood manufacturers are feeling the heat from a rapid ramp-up in Chinese plywood imports into the country.

This local manufacturing niche was already impacted by rising labour and other domestic costs in recent years and a submission for an increase the tariffs on imported plywood has been made to Trade Minister Richard Maru.

He said demand for wood worldwide has declined with PNG log exporters being one of the more exposed businesses.

"Exporting sectors are really caught in the middle from a worsening domestic cost pressure but also weakening demand and prices for export commodities," he told PNG Report.

But Tate observed that PNG's timber processors were still travelling better compared to raw log exporters and were likely to survive a lot better due to their diversified markets and far less exposure to the Chinese situation.

In relation to domestic cost pressures, the electricity woes in PNG are coming up high on this list of problems.

While power outages for plant maintenance are an annoyance, the rates charged are murderous when compared to coal-abundant Indonesia.

"Indonesia is paying between 3.5-12 US cents per kilowatt for their power, whereas our boys are paying 45c and above," Scovell said.

Then there are the long-discussed issues with PNG's overly congested ports, which are in dire need of expansion work.

While the new government aims to lift investment into PNG's roads, ports and other critical infrastructure, Scovell believes that any significant improvement would be five to seven years away under a best-case scenario.

In that timeframe he expects that businesses will go from PNG.

While Scovell admitted that not many businesses had closed up shop over the past two years, he cited a number of businesses that, while having increased output, had lost both market share and gross profit.

Agribusiness players Mainland Holdings and food giant Goodman Fielder International had significantly changed their operations, including wrapping up some of their businesses in PNG.

Even though Majestic Seafood's new tuna cannery in Lae was generating a lot of interest, Scovell pointed out that the South Seas Tuna cannery in Wewak had gone.

It is part of Scovell's job to lobby the PNG government on behalf of local manufacturers but it should be noted that foreign governments are playing an opposing game.

He was recently shocked by a significant change in Maru's stance after he came back from a trip to Russia.

The minister had earlier supported an industry assistance framework. Scovell said the minister, with a private sector background, would be well aware of the need to urgently address the imbalances.

However, after two weeks at the side of career public servants, apparently the minister, citing the Asia-Pacific Economic Cooperation target, said we needed to have all imported good tariffs removed by 2020. Trade officials had advised the minister it was too hard and that it would be bad for the economy and our reputation.

Scovell said the minister was a staunch supporter of local industry and had ambitions to grow the formal economy, but Scovell also had concerns that these new influences might lead to grave outcomes for PNG.

"Certainly, the consultants will do well and we will likely have another strategic document in our hands, but how many jobs will be lost in 2013 or 2014 and how many years will it be before they find new meaningful employment?

"I have shown him that the WTO provides for members to apply safeguards and corrective actions, I have shown him that PNG has, on poor advice, raced forward with reductions despite their own policy noting that reductions needed to be made in line with improvements to infrastructure and regulatory service delivery, and he seemed to come back to centre.

"However, New Zealand is really encouraging him to not increase anything and to decrease tariffs. And he has gone off to spend another week there and see how they have built their economy so that's why I'm not going to tell you it's not going to happen."

Scovell simply views that industries not linked to the resource industries in PNG will be gone if the import tariffs are lifted.

He said that while many argued against tariffs, the same people suggested subsidies, and the countries that were telling us to liberalise offer huge subsidies. "How many hundreds of millions of dollars have the Australian and New Zealand governments given to their own local industries, how much have Australian car manufacturers received over the past three decades?"

"How can it be inefficient to manufacture bottled water for a country with an abundance of water, or process food products with an abundance of fertile soil and a population of more than 7 million people? Right now it doesn't make commercial sense because the platform for doing business is upside down. Our government isn't in a position to subsidise industry, not even the few that have been really hit by surges in imports due to the imbalance, but he says they can put a few tariffs back up, within their bound rates, for a few years until the playing field is a little more level."

Scovell is concerned that all those opposing this course of action offer no alternatives. He said they seemed to believe that they could lose businesses and in 10 years time when things are better new ones will come.

"What happens in that time, and isn't this more ludicrous a position?"

What is the big concern about these industries is that they are typically large employers.

Scovell estimated that if the palm oil scene in PNG disappeared then about 200,000 people would be impacted, as workers often support eight to 10 other people.

On how much time is left for something to give, he wasn't optimistic.

"I have been telling people we are really on the brink, but I don't mean to be a doomsayer.

"In three to five years time we will be paying 30-40% more for our energy, which is already amongst some of the most expensive in the world.

"The PNG ports constraints, the storage fees and the costs for ports services are ridiculously expensive.

"Big companies that have massive investments in PNG now - even something like a Coca Cola or SPP brewery - their cost of manufacturing here is higher than in any of the other countries they are operating in.

"They would make more money if they close up shop and just export their product from somewhere else in PNG and let someone else distribute it.

"And that's the reality of where we are now. Despite the commercial realities, the reasons why these companies are still here is, all jokes aside, they have a strong commitment to PNG and its people. And everybody knows if those people don't have jobs you won't have a functioning society or social economic development."

Exxon on the brink

Indonesia: clawing back from the brink

Gallagher on the right track