IN A NATION where the status of women tends to be undermined, how does the resource sector respond to the fact that they are at greater risk of violence and disempowerment in project areas? By Wantok

A recent visit by a high-profile Canadian government delegation to the Porgera gold mine was underscored by the meetings held with various community leaders.

Porgera has had the unenviable task of dealing with trespassers to its mine pit. However, it's the company's relationship with local women that has been most troublesome, attracting widespread international attention, including from the United Nations.

In its 2011 report, Gold's Costly Dividend, international human rights group Human Rights Watch detailed claims alleging violence against women in and around the Porgera site by employees of the PJV Asset Protection Department, the unit responsible for ensuring the security of the mine and its employees.

A subsequent investigation led to some 700 interviews, including nearly every member of the APD and Porgera's community affairs department, which revealed evidence suggesting multiple instances of potential criminal conduct, including sexual assaults, by former and then-current members of the APD, who had since been terminated.

Barrick has since set up a remediation framework in response to specific incidences of sexual violence against women in the Porgera Valley, perpetrated by men who were employed at the mine.

But company's experience is not unique. There is recognition amongst various industry stakeholders that women experience a disproportionately negative social impact of resource extraction.

Even in matrilineal societies, women can find themselves marginalised in decision making processes while women in resource project areas often experience greater levels of violence.

A 2002 report by the international NGO Oxfam however warned against oversimplification of the problem.

It stated: "Critical discourse surrounding mining in developing countries usually oversimplifies the political complexities of the projects by failing to recognise the agency of local community members and governments.

"Multinational mining companies are regularly portrayed as ruthless foreign boards of directors, responsible for deliberately defrauding 'backward' villagers in order to plunder their country and destroy the environment," the report continued.

"In Papua New Guinea, this patronising and neo-colonialist perception of indigenous communities is undermined by the political reality of the mining projects established over the last twenty years."

In recognition of what it saw as a "gender vacuum" at resource projects, the World Bank spearheaded a Women in Mining initiative that has received widespread industry support. In 2003, the first Women in Mining conference was held in Madang, bringing together various stakeholders.

A follow up conference was then held in 2005, leading to the development of a five year Action Plan for Women in Mining Impacted Areas.

In 2008, the government of Japan, through the Japanese Social Development Fund provided a three year grant for World Bank program that aimed to improve the capacity and life skills of women in mining and petroleum areas.

The PNG Chamber of Mines and Petroleum has been the implementing partner since. The renewal of funding last year is testament to the many successes of the program.

However, successful implementation of initiatives advancing the role of women in the resource sector is not always straightforward.

Ok Tedi for instance has been hailed for its innovative approach to tackling the gender gap by including women community leaders at the negotiating table. Around 10% of the compensation funds earmarked for mine impacted communities are set aside for women and children's projects.

Any attempt by resource companies elsewhere to emulate Ok Tedi in bringing women to the decision-making table may be seen as patronising or against local customs. As such, there is a role for state agencies to intervene through legislative or policy initiatives.

The role of women in landowner organisations also needs to be legally defined and backed financially by setting aside funds from payments to landowners.

There are important historical and cultural reasons for improving the status of women. In the highlands, men have traditionally fought tribal wars over three things - land, women and pigs.

With an increasing number of highly educated PNG women taking up various roles in the resource sector, the industry also respond appropriately to gender issues as they arise in the workplace.

There are enormous social and economic benefits for PNG's mining and petroleum sector in being innovative about addressing gender issues in Papua New Guinea and contributing to growth and development of the nation.

As such, initiatives such as the Women in Mining program being implemented by the PNG Chamber of Mines and Petroleum needs broader support from all industry participants. 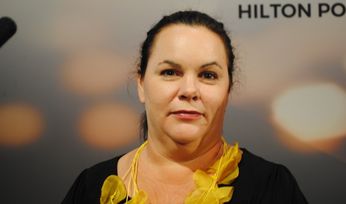 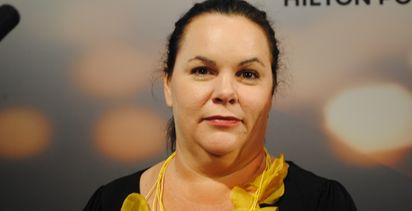