HUNDREDS of protesters have gathered in Port Moresby – despite Papua New Guinea police revoking permission for a protest march – calling for the resignation of Prime Minister Peter O’Neill. 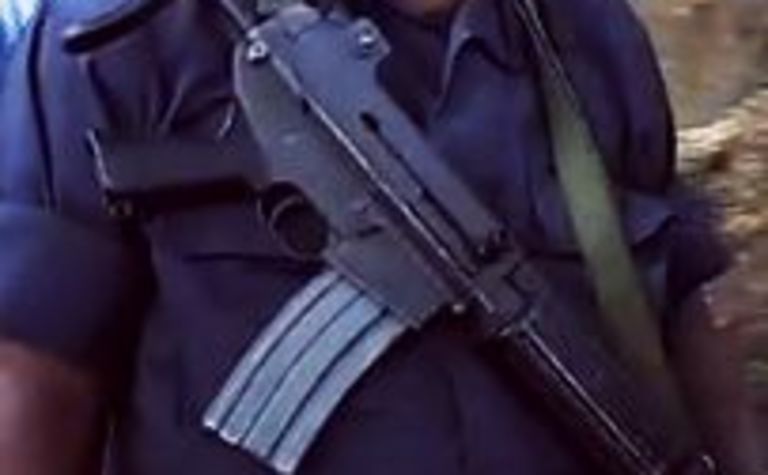 Protesters have rallied at Unagi Oval calling for the prime minster to surrender himself to police, and reinstate anti-corruption body Task Force Sweep and Sam Koim as chairman.

Port Moresby Metropolitan Superintendent Perou N'Dranou gave permission for today's march to go ahead, but Acting Police Commissioner Geoffrey Vaki has since banned the action saying the potential for violence posed too great a risk.

Reports from the ground have confirmed police were present at the event, but participants had said it was unclear whether officers were present to take part in the march or to arrest protestors if the situation escalates.

Planned to coincide with today's sitting of parliament, Vaki told a news conference yesterday the protest could be a recipe for disaster adding that "Papua New Guineans did not know how to behave at a protest".

Busloads of students have since arrived at the scene carrying banners, while police have confined protestors to Unagi Oval.

Meanwhile, as crowds rallied to call for his reinstatement, Koim was in Canberra today to meet with Australian Foreign Minister Julie Bishop.

Koim is understood to briefing Bishop about the allegations of misappropriation, conspiracy to defraud and official corruption surrounding PM Peter O'Neill.

"Because of the move to arrest Mr O'Neill to face the evidence we have gathered, he is striking back,'' Koim told journalists.

"Mr O'Neill is branding almost every institution that is involved in the law enforcement arena as compromised and that is a very dangerous and serious allegation by the Prime Minister of PNG.

"The time has come that Australia has to take a stand." 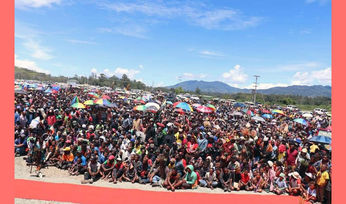 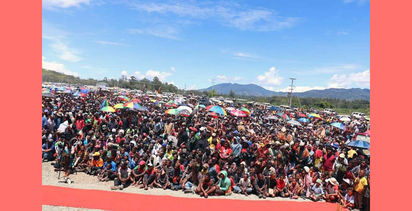