THE Inter Government Agreement to start the process of granting greater autonomy to the New Ireland, East New Britain and Enga provinces was signed last week. 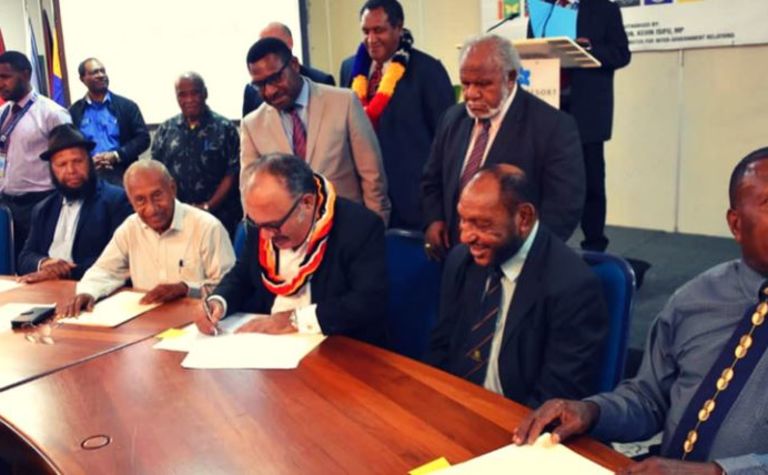 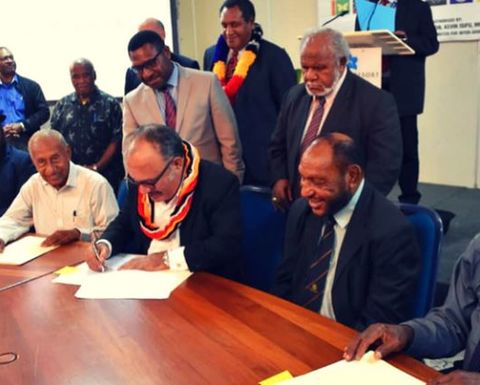 Prime Minister Peter O'Neill said it was another step forward from 2012, where the government in the last term of Parliament commissioned the review of the Organic.

The Post Courier reported that at the event in Madang Province, O'Neill said Alotau Accord ll made a commitment to give financial and administrative autonomy to provinces.
"In signing this agreement with the three provinces, I want to say that everything that we do must be within the framework of our national constitution. And let us be clear ¬- the constitution does not provide for independence or political autonomy. We do not have political identity problems."
O'Neill said that as provinces prepared and were ready, substantial powers could be transferred to them with matching funds to ensure they provided quality services to their provinces.
Declarations will take place this year on the respective Provincial Days;
• New Ireland on July 27.
• East New Britain on August 15.
• Enga on October 22nd of October. 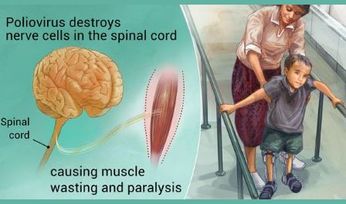 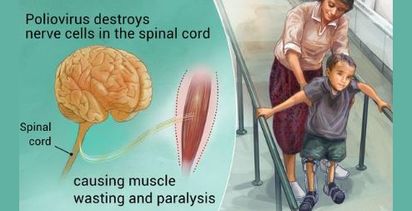