AIR safety investigators have found two Air Niugini pilots ignored as many as 13 alerts before their plane crashed into a lagoon in the Federated States of Micronesia. 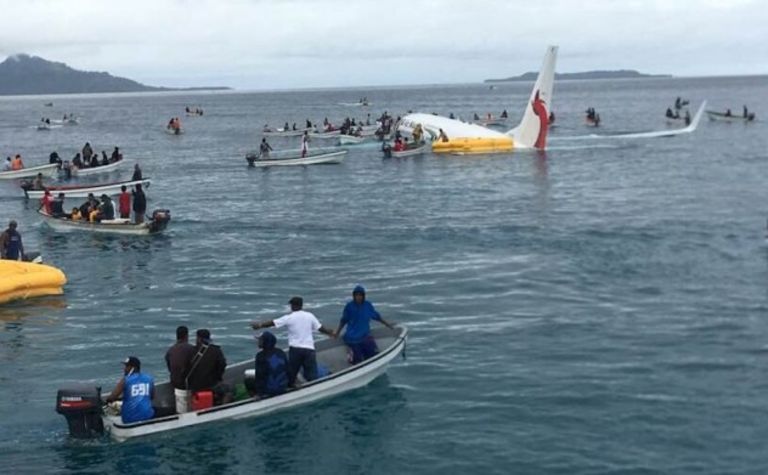 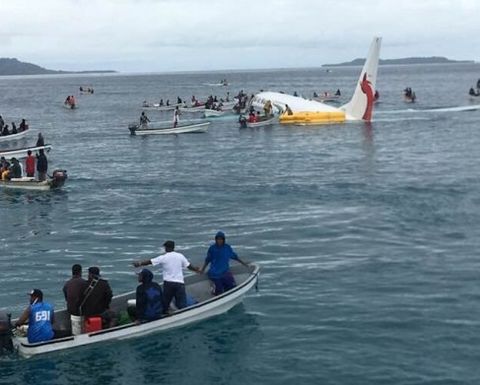 A passenger was killed and six seriously injured when the Boeing 737 crashed into the water 460m short of the runway at Chuuk International Airport in September last year.
In its final report into last September's crash, PNG's Air Investigation Commission (AIC) stopped short of blaming the accident on pilot error, instead saying that "human factors" contributed, the Australian Broadcasting Corporation reported.
"Both pilots were fixated on cues associated with control inputs for the landing approach," the report found.
"[They] were not situationally aware and did not recognise the developing significant unsafe condition of an increasingly unstable final approach."
It concluded there were a total of 13 cockpit alerts during the failed approach of flight 73.
AIC chief commissioner Hubert Namani said the recorded information from the CVR (cockpit voice recorder) showed that a total of 13 aural alerts sounded after the plane passed the minimum descent altitude.
"The investigation observed that the flight crew disregarded the EGPWS (Emergency Ground Proximity Warning System) alerts, and did not acknowledge the "minimums" and "100-feet" advisories or respond to the EGPWS aural alerts; a symptom of fixation and channelised attention," he said.
Air Niugini said it would continue investigating the crash, agreeing that it was a case of "human factors" and not pilot error that contributed to the crash.
"What we have to understand here is the pilots didn't purposely fly that plane into the water," Air Niugini's managing director Alan Milne told reporters, after the findings were handed down.
He said both were experienced pilots, and something else "was a factor there that all came together to make that accident happen".
The surviving 12 crew members and 34 passengers who exited the aircraft were rescued and brought to shore by locally operated boats and US Navy divers.
The report found one passenger could not be found before the aircraft sank in about 30m of water before settling on the sea floor.
He was found several days later still inside the sunken aircraft and not wearing a seat belt.
Videos posted to social media after the incident showed small boats helping people to safety. 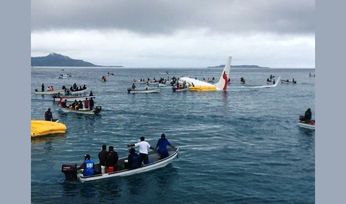 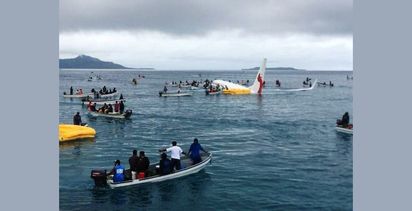