CELEBRATIONS will be taking place across the nation today as Papua New Guinea celebrates 44 years of independence from Australia. 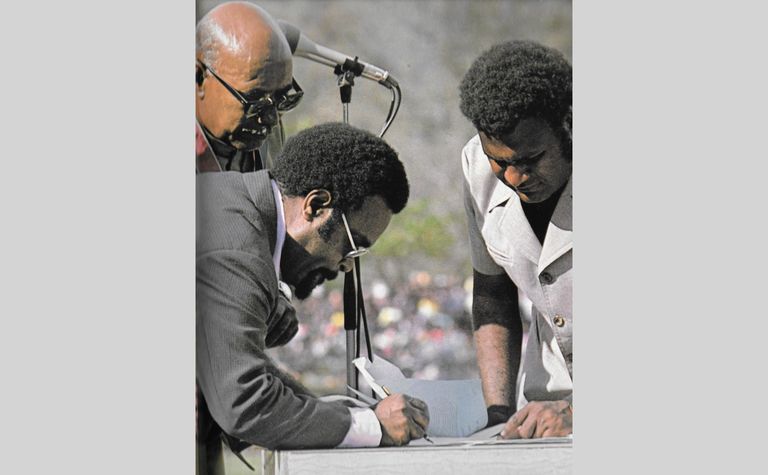 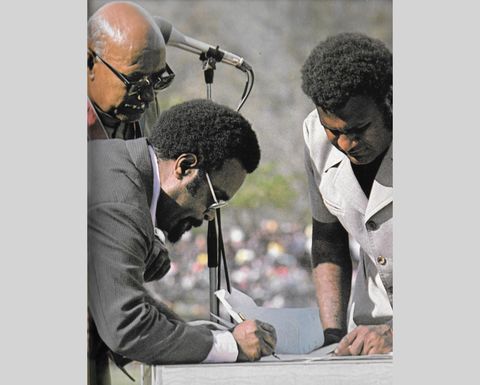 On the evening of September 15, the Australian flag came down for the last time and the national flag of Papua New Guinea was raised in Independence Hill in Port Moresby.
Michael Somare's title of Chief Minister was changed to Prime Minister while John Guise was appointed the Governor-General to represent Queen Elizabeth as head of state.
Prime Minister James Marape congratulated the people of PNG for building the nation over the past 44 years in his first independence address since taking the top job.
"I extend my wishes and regards to development partners, diplomats and members of diplomatic missions, investors, tourists, business houses, and many of you from other nations of the world who have made PNG your home and a country of destination," he said.
"We are not an impoverished Pacific nation as misrepresented by international media and global perception irrelevant for PNG's national prosperity goals. But we are a rich Christian nation with development challenges that will be addressed."
Papua New Guinea adopted its own constitution which begins by stating five goals and eight aims for the country, which base life upon the traditions, culture and need for the future. The five goals are:
Freedom and human rights
Equal opportunities and benefits
Independence and self-reliance
Wise use of natural resources
Papua New Guinean forms of social, political and economic organisation.
PNG Report wishes everyone in Papua New Guinea a happy, safe and peaceful Independence Day today!

But celebrations will be muted because of the pandemic 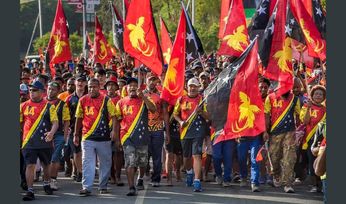 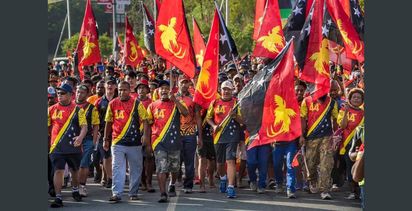