AFTER 20 years, the big day finally arrived for the people of Bougainville. 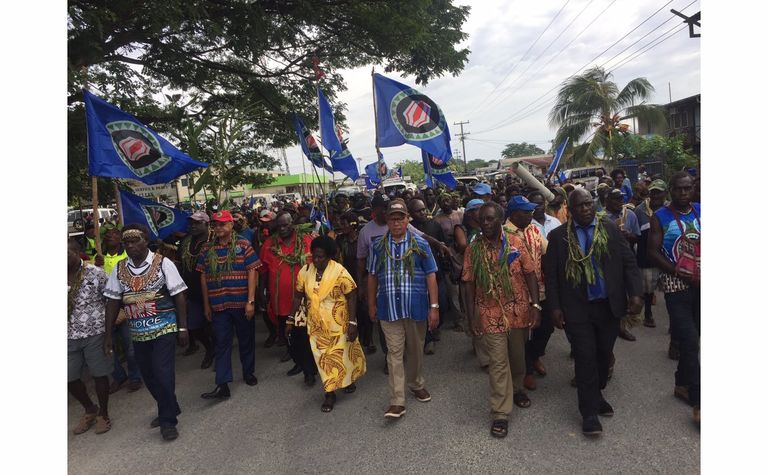 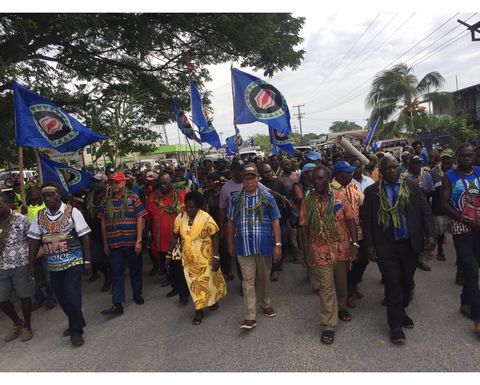 Large crowds gathered on Saturday at the aptly named Bel Isi (Peace) park in Buka for the first day of a two-week referendum to decide whether the archipelago should become independent from Papua New Guinea, The Guardian newspaper reports.
Amid a strong security presence, hundreds of Bougainvilleans marched through the streets as they followed the autonomous region's President John Momis, as he arrived at a polling booth to cast his vote.
Momis, accompanied by Bougainville Affairs Minister Puka Temu and the referendum commissioner, Ruby Mirinka, was the first to cast his vote.
The jubilant crowd cheered on as groups danced to the beat of bamboo pipes, singing songs of freedom that described the crisis of the past and a peace process that started at the end of the civil war 20 years ago and which paved the way for the referendum.
As he exited the polling booth after casting his vote, Momis waved to the crowd who replied with shouts of support as they waited for their turn to vote.
"It's obvious that the people are now in the mood for celebration and I join them as they have every right to celebrate," Momis told a media conference. "This is a forecast or beginning of good things to come if we collaborate and work as trusted partners to implement something that both parties have contributed to."
The Guardian reported that, with tears in her eyes, Justina Panu, a voter from Arawa, said that it was thrilling to watch her president vote. "We are excited and emotional," she said.
Janet Chigoto, from Buin, waved her large Bougainville flag and said: "I am proud and happy. The time has come for us to vote for what we've been waiting for. Blood has poured on our island. We want our own powers to run our country so I am going for Box Two."
"It's a great moment for me," said Barnabas Matanu from Buka. "It's been long overdue and we've been waiting for years. We are enthusiastic and on cloud nine."
Over the next two weeks, everyone over the age of 18 will have the option of requesting greater autonomy within Papua New Guinea, or full independence. Voting will take place in select towns and stations around the island of Buka and mainland Bougainville, The Guardian reported.
A young voter, Tanya Okia from Kieta, hoped that her generation would see a free and independent Bougainville. "Bougainville will rise. For me and the other 365 youths here, we are all heading for number 2 box."
"I will be putting my ballot in box 2," said Moses Seropa from Arawa. "I want to see Bougainville become our own country, in my lifetime. I want to see us producing our own products. We have tonnes of natural resources, good lands and great farmers so we need to take ownership starting with this vote."

BRC to translate and disseminate 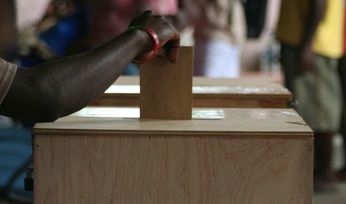 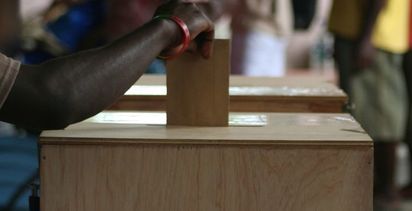