THE people of Bougainville have chosen overwhelmingly to become the world's newest nation in a referendum to break away from Papua New Guinea. 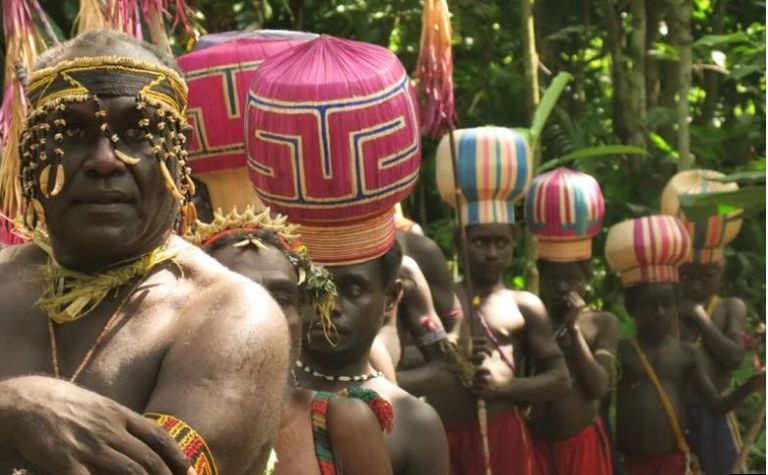 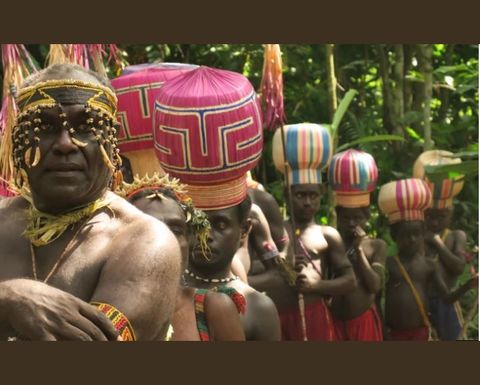 Young men in their Upe initiation hats, the symbol of Bougainville, line up to vote in the independence referendum in Teuapaii village. Picture by Ben Bohane

Results announced on today had the case for independence backed by 97.7% of the 206,000 registered voters.
The two-week referendum period began on November 23 and closed on December 7. It involved nearly 1500 polling officials across 829 locations in PNG, the Solomon Islands and Australia.
Results were announced at the central counting centre at Hutjena on Buka island, by Bertie Ahern, former Irish prime minister who was appointed chairman of Bougainville's Referendum Commission (BRC) which has overseen the referendum process.
The Speaker of Bougainville's Parliament, Simon Pentanu, a highly respected local leader said the region's leadership had come under ridicule and criticism but were "the ones that make the hard decisions. It is the hard decisions, and the pains and rewards that has got us thus far".
"My thoughts today are with the President and all members of our Bougainville Parliament who have been steadfast in their resolve that no one drops the baton on the home stretch after the voting and counting and the announcement of the results today.
The referendum is non-binding and the vote for independence will now need to be negotiated between leaders from Bougainville and Papua New Guinea.
The final say will now go to lawmakers in the Papua New Guinea Parliament. The process of becoming a separate nation could take years to achieve.
"I have confidence that both PNG and Bougainville leaders will proceed with consultations from hereon with the same resolve for a peaceful outcome and decision guided by the people's decision through the ballot and the results as announced today," Pentanu said.
Sir Puka Temu representing PNG government, said "on behalf of the PNG Prime Minister James Marape I wish to acknowledge this historic day in PNG.
"This is a transformative political statement and I ask for some time for the people of PNG to absorb and process this result." He said the government of PNG was committed to adhering to the letter and spirit of the agreement.
"The biggest task beings today," he said.
The United Nations Resident Co-ordinator for PNG, Gianluca Rampolla said the UN was "fully committed to continue providing support to both governments in the post-referendum process".
The referendum was a key part of a 2001 peace agreement that ended a civil war in which at least 15,000 people died in the cluster of islands to the east of the Papua New Guinea mainland.
That agreement calls for "consultation" and a negotiated outcome reached between the Autonomous Bougainville Government (ABG) and the PNG government once the referendum result is known. Although it is difficult to imagine PNG ignoring an overwhelming vote for independence, the outcome must be ratified by 111 MPs in PNG's Parliament and that is not certain in a country famously known as "the land of the unexpected".
Bougainville's President John Momis said the territory remained guided by principles of democracy and fair play.
The violence began in the late 1980s, triggered by conflict over an enormous open-cast copper mine at Panguna. The mine was a huge export earner for Papua New Guinea but many in Bougainville felt they received no benefit and resented the pollution and disruption of their traditional way of living.
The mine has remained shut since the conflict. Some believe it could provide a revenue source for Bougainville should it become independent.
Experts believed Bougainville would vote overwhelming in favour of independence ahead of the other option which was greater autonomy.
Eleven Australian MPs and observers took part as election monitors during the referendum period, led by Jane Prentice. Other observers from the Pacific Islands Forum, the Commonwealth Secretariat and some Pacific nations gave unofficial indications they thought the referendum was conducted peacefully and in a largely free and fair manner.
Two Australian Federal Police officers were seconded to a New Zealand-led police operation to maintain security for the poll.
Ben Bohane has reported the Bougainville referendum as part of a collaboration between the Walkley Foundation, The Age and The Sydney Morning Herald. 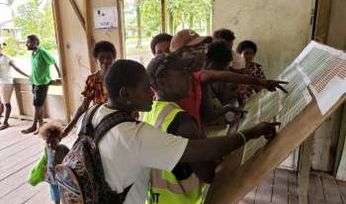 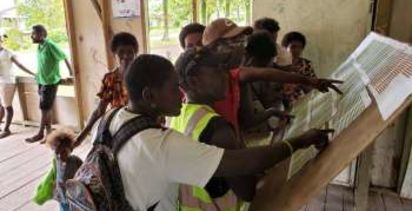 'Provincial days' to get the chop