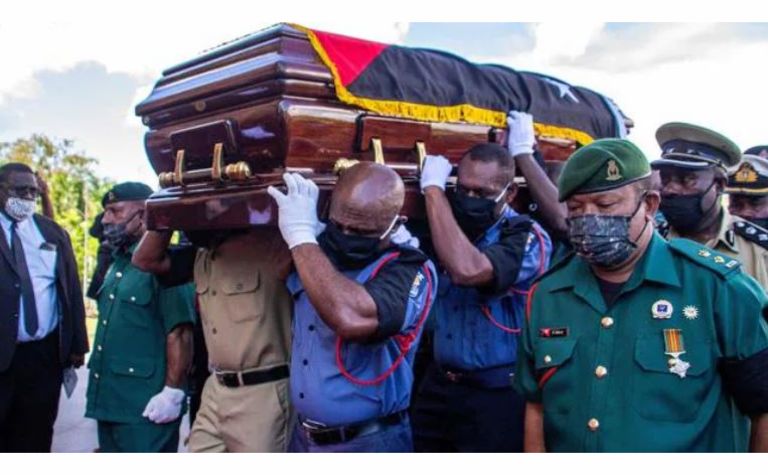 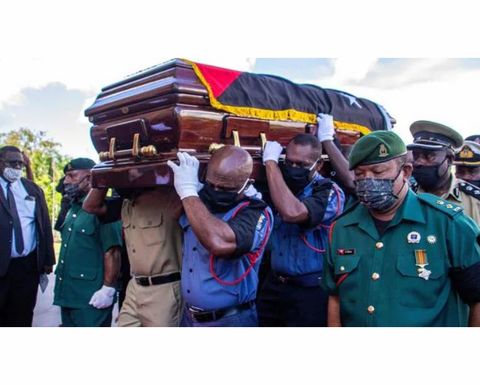 The father of the nation died of pancreatic cancer on February 26 aged 84, with the government declaring two weeks of mourning, ending with Friday's four-hour service at the Port Moresby stadium.
PNG's Post-Courier newspaper reported on Friday morning that the stadium was packed to capacity with more than 20,000 people, with one group storming the gates and overpowering marshals to force their way in.
The funeral service, led by Cardinal Sir John Ribat, was due started at 1pm and ended at 5pm.
Sir Michael's wife, Lady Veronica, arrived at the stadium in a wheelchair with her sons, daughters and grandchildren, the Post-Courier reported.
There has been a recent surge in coronavirus cases in PNG, prompting the Somare family to urge people to stay Coved-safe and watch the service from home live on television.
"Sir Michael would have wanted us all to keep each other safe, especially during these unprecented times. Stay home if you can and follow the directions of health authorities," Sir Michael's daughter Betha said in a statement.
Sir Michael was PNG's first prime minister following the nation's independence in 1975 and had later stints in the top job, serving 17 years in that role.
He also served as foreign minister, opposition leader and governor of his home province of East Sepik before retiring from politics in 2017.
Sir Michael's body is to be flown to East Sepik for burial at Wewak.
East Sepik Governor Allan Bird said the country had just witnessed the "passing of a great light in the world", Asiapacificreport reported.
"And while this brings us great sorrow, it should also bring us renewed enthusiasm to meet the challenges we face.
"Children are supposed to do better than their parents. Somare and his team of founding fathers did a tremendous job, let's not leave it there.
"Somare led a group of great men and women. They did their job and now we are here. They tried to be better, they were better, they were the best," he said. 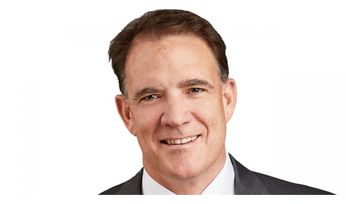 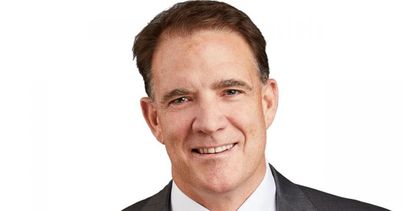