HEALTH authorities in Papua New Guinea have urged the public to not panic about coronavirus as the global death toll continues to mount from illness which originated in China. 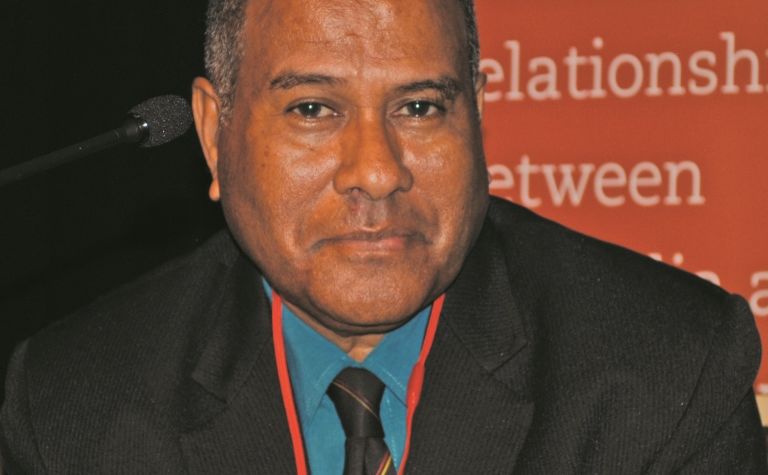 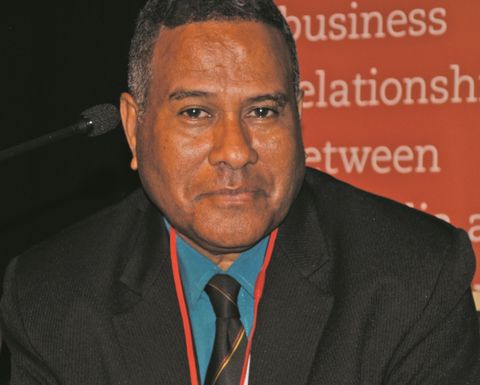 Newspapers and radio stations have reported that PNG has introduced restrictions on travellers coming to the country from Asian ports in a bid to prevent coronavirus infections.
However, public concern about the virus has grown over reports that passengers reached PNG in recent days despite the restrictions.
Health secretary Paison Dakulala held a press conference last week in Port Moresby where he addressed the concerns.
"Some maybe saying, oh maybe some people have come in, and we don't really know. But technically speaking, there is no coronavirus yet in our country. That's technically, from the point of view of those that we have been able to test. And so that's the bottom line for us."
Dakulala said relevant agencies in PNG were taking the coronavirus threat most seriously.
"It might come and if it does, we are there to help with the issue," he said.
He added that the World Health Organisation was bringing its extensive expertise in outbreaks to enhance PNG's efforts to prepare for coronavirus.
WHO PNG representative Luo Dapeng, spoke alongside Dakulala at the media briefing.
Dapeng said there was a lot of uncertainty about the new virus, but cautioned the public to stay calm and be wary of misinformation.
"It is normal to be worried, but we have a lot of rumours and misinformation. In the context of Papua New Guinea, those rumours can spread quickly and much faster than the virus itself," he said.
Dapeng said the PNG government was doing its best to respond to the virus threat, but admitted it was far from perfect.
Meanwhile the government's proposal to ban travellers from China and Asia, and stopping flights originating from Asian cities to Port Moresby did not make sense, said former prime minister Peter O'Neill.
The National reports that O'Neill said the government should instead have a careful and considered management of the coronavirus threat "through sensible and real action to protect our people".
"This includes border protection measures being properly implemented, the monitoring of potentially at-risk travellers after their arrival, and co-operation with our partner countries to share information and resources and to assist our citizens in China," he said.
O'Neill said almost every country in the world had already put in place screening measures to check for infected travellers at their borders.
"But I have been advised by travellers arriving in Port Moresby that there are no checks in place, and if they sign a declaration stating their travel history, there are no border officials assigned to collect the forms," he said.
"We do not need more government talk and promises. We need action before it is too late. We need the health department to confirm that isolation facilities are ready in case they are required to treat virus carriers."
"It is nonsensical to talk about banning Chinese and other Asian travellers and stopping flights from Asian cities. Any traveller, regardless of their race, could have contracted the virus if they visited affected areas in China, or if they had come into contact with someone with the virus."
And the Post Courier reports that East Sepik Governor Allan Bird says anyone arriving from China would not be allowed into the province.
He said this included everyone - Chinese or East Sepik people - arriving from China and transiting through Port Moresby.
"We will have a checking process at Boram airport for all passengers before allowing them into the province," he said.
We have to observe medical protocol, because if they are allowed in and get sick with that virus, we won't be able to help them."
He claimed that the National Airport Corporation and Health Department had allowed more than 100 people into the country from Hong Kong on Monday without any medical clearance.
Provincial administrator Dr Clement Malau is liaising with the Health Department to set up a health checkpoint at Boram Airport. He said a committee would develop a protocol on the screening of individuals who could bring the virus into the province. 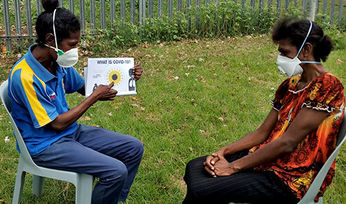 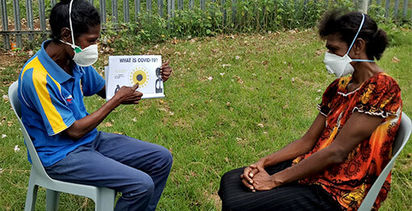