THE Ethanol binge drinking death toll at the village of Kainantu in the Eastern Highlands on September 10 has risen to 16. So far, three of about 240 people who drank a methanol-ethanol mix have gone blind. They consumed the mix after the liquid was siphoned from five drums at the Coffee Institute Corporation (CIC) centre in Aiyura.
Kainantu Rural Hospital chief medical administrator Dr Enename Susuke told The National newspaper that at least 240 people sought medical treatment at the hospital after falling ill from consuming ethanol.
"We managed to get everyone to recover after the victims were advised to drink beer and other beverages to counteract the toxic effects of ethanol." he added.
Of the 16 deaths, nine were reported in Kainantu Hospital, three from Obura-Wonenara, three in Goroka Hospital and one in Madang's Modilon Hospital.
Susuke said the Madang case was reported because the man who died was a bus driver.
"He allegedly drank the ethanol in Aiyura, before driving to Madang where he was rushed to the hospital," he said.
"However, he died from organ injuries due to ethanol. Since last week, no one has come in with medical conditions related to ethanol drinking.
"The media and social media have been helpful in assisting with the awareness drive the hospital took to ensure people were aware of what they were drinking."
In relation to reports of people going blind, Susuke said the injuries sustained varies from person to person.
"However, those who came in of being visually impaired felt better after drinking beer and vodka to counter the toxic effects of ethanol. Those who became blind, little could be done. We only had three cases of blindness that we could not do much (to reverse the effects)," he added. 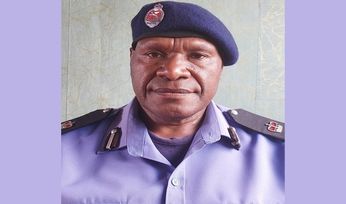