SCIENTISTS say the powerful Indonesian earthquake that killed more than 300 people has lifted the island it struck by as much as 25cm. 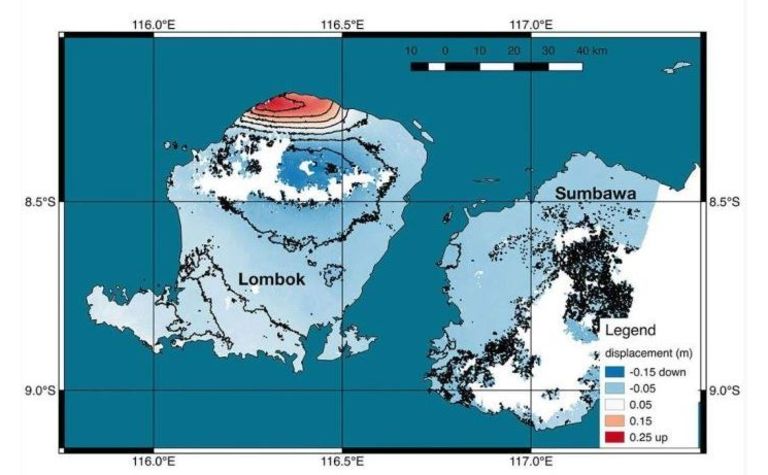 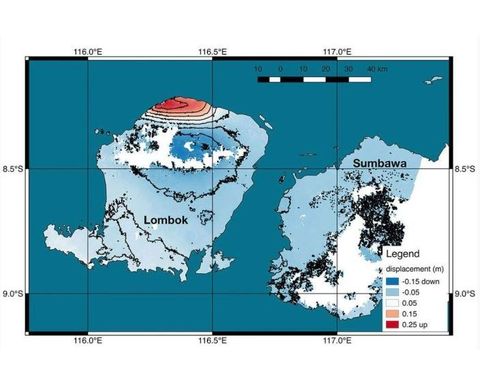 The map shows ground deformation from the earthquake beneath Lombok. Image: NASA

Using satellite images of Lombok from the days following the August 5 earthquake, scientists from NASA and the California Institute of Technology's joint rapid imaging project made a ground deformation map and measured changes in the island's surface, the Australian Broadcasting Corporation reported.
Most large earthquakes occur on or near Earth's tectonic plate boundaries, such as the ones which have occurred recently on Lombok. However, there are some unique conditions around Lombok.
In the northwest of the island near the epicentre, the rupturing fault-line lifted the ground by a quarter of a metre. In other places it dropped by five to 15cm.
About 270,000 people are homeless or displaced after the earthquake, which damaged or destroyed about 68,000 homes.
NASA said satellite observations could help authorities respond to earthquakes and other natural or man-made disasters.
Nearly a week since the earthquake, Lombok is still reeling but glimmers of normality are returning and devout villagers are making plans for temporary replacements of mosques that were flattened, the ABC reported.
In Tanjung, one of the worst-affected districts in the hard-hit north of the island, a food market has opened. Some shops also opened for business despite being in damaged buildings.
Lombok, a popular and less developed tourist destination than neighbouring Bali, was hit by three strong earthquakes in a little over a week and has endured more than 500 aftershocks.

Second earthquake in a week 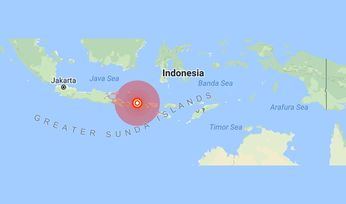 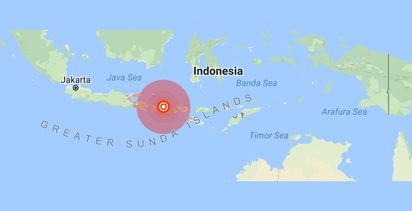