Researchers sought to learn systematically whether women tend to do better when they stand for election more than once in Papua New Guinea. 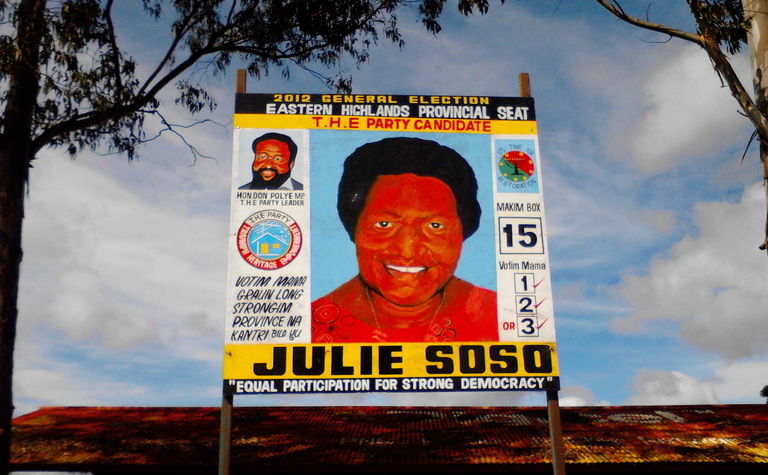 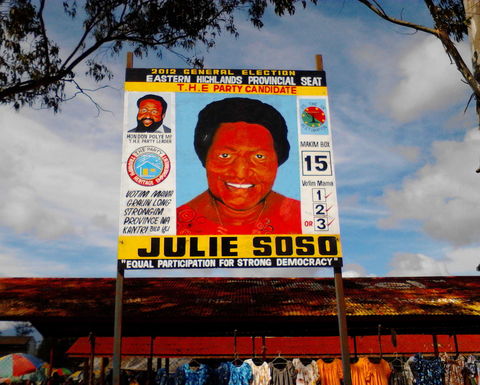 In 1997 Julie Soso stood for the first time as a candidate in the Eastern Highlands provincial seat in PNG.
She finished fourth, with just 5 per cent of the vote. The winner won nearly three times as many votes. That wasn't the end of the story though. Soso stood again in 2002 and 2007, losing both times. Then in 2012 she tried again and won, becoming one of only seven women to have been elected to Papua New Guinea's parliament.
Persistence paid off for Soso.
Elections are often busy affairs in PNG. Soso won in a field of 40 candidates. Some electorates in 2012 had more than 70 candidates. Electorates are usually larger in Papua New Guinea than in most Pacific countries. More than 420,000 votes were cast in Eastern Highlands in 2012.
Given the circumstances, it's easy to see why standing many times might be necessary for victory. Candidates have to work hard to make a name for themselves.
Yet Soso's experience is not necessarily typical. Five of the seven women who have won elections in PNG since independence won on their first attempt. And there are candidates like Margaret Loko, who has stood in Moresby South open seat or the National Capital District (NCD) provincial seat in almost every election since 1982. Her best result was 5th in NCD provincial in 1992. In 2017, when she stood in the same seat, she finished 18th.
Obviously, Soso and Loko are just two of many female candidates. Their experiences may be unusual. We sought to learn systematically whether women tend to do better when they stand more than once in PNG.
To do this we faced a major challenge: the spelling of candidate's names is not standardised. Candidates' names are often spelled differently from election to election. This hampers automated attempts at comparing electoral fortunes over time.
To overcome this problem one of us (Thomas) took data from the PNG Election Results database, found all the women who competed in either the 2012 or 2017 elections, and standardised the spelling of their names across every national election they had stood in.
Thomas didn't just focus on women candidates in his work. He also standardised the spelling of all winning candidates whenever they won.
This enabled us to answer other questions, not covered in this blog, including whether longstanding MPs are more likely to be re-elected than first time MPs. Answers to these questions are in the discussion paper accompanying this blog post.
In the case of women, owing to the newly standardised spelling of those women who stood in 2012 and 2017, we were able to examine the histories of the women who stood in these two years whenever they had previously stood. As we did this, we were able to compare pairs of elections and see whether women's rankings tended to improve across elections.
Most of the women who stood in 2012 and 2017 only stood once, so our dataset was not huge, but we were provided with 55 cases of women standing in two consecutive elections. The chart below shows change between pairs of candidacies.
Most women got worse across pairs of candidacies. This remained true even when we limited our analysis to just the differences between the first two times individual women stood, to reduce the risk our findings were being driven by candidates at the tail end of their political careers.
Most of the time, women candidates did not improve as they stood more often. Of course, most of the time is not the same as always. Some women did improve.
Because of this, we have two pieces of advice for women candidates and the people advising them in PNG.
First, don't assume your results will improve if you stand again next election. For most women they won't.
But, second, don't assume that just because you lost this time, you're destined to fail next time. It's always possible that you may be part of the group of women whose performance improves.
If you're thinking about standing again, the real question you have to ask yourself is whether there's anything about your situation, and the nature of the seat you're competing for, that means you might be one of the small group of women whose electoral fortunes do get better.
For researchers, and for people involved in candidate training, there's also another obvious question: what more can be learnt about the factors that differentiate those women who improve over time from those who don't?
This article was originally published in devpolicy.org 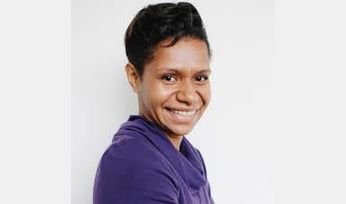 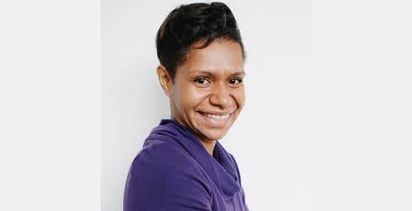