THE larger countries of the world must take responsibility and be more proactive in dealing with global issues that impact developing countries, particularly on issues such as climate change and refugees. 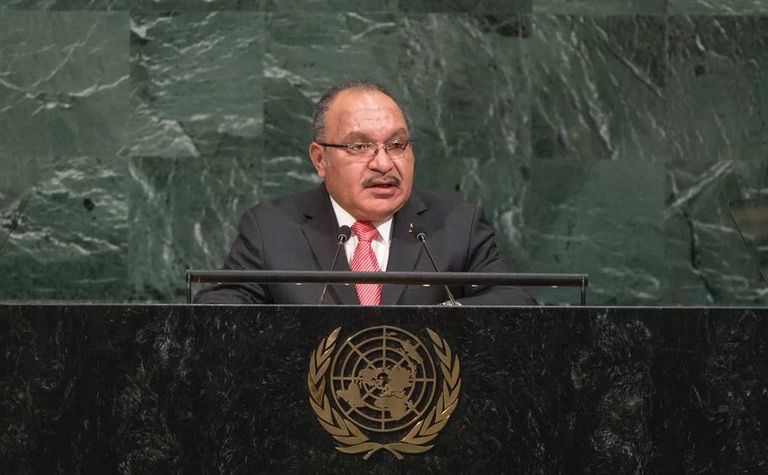 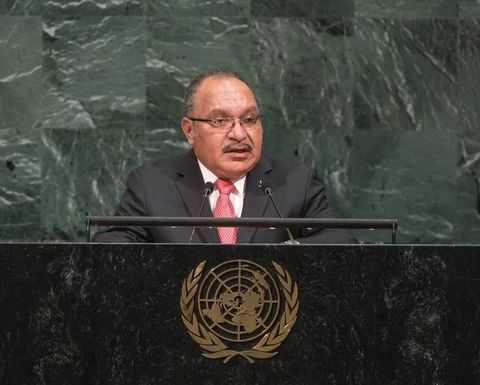 Peter O'Neill addressing the UN General Assembly at the weekend

This was the message delivered by the Prime Minister Peter O'Neill when he addressed the United Nations General Assembly on Saturday in New York.
"Many of the challenges that confront us today are not of our making, but we bear the consequences of actions by other larger and developed countries," O'Neill said.
"We live in a rapidly globalising world, where many events and influences are beyond national borders. The challenges that we face are unlikely to be overcome by any individual country on their own.
"All nations, large or small, rich or poor, weak or strong, must strengthen our resolve and work together," O'Neill said.
The Prime Minister said global factors had undermined growth in developing countries, and this has to be considered by larger countries.
"One of the biggest threats to humanity comes from within our global community of nations.  Climate change is real, and it is taking lives and destroying communities. PNG and other Pacific Island nations remain highly vulnerable to the adverse impacts of climate change.
"This includes extreme tropical storms, severe droughts and seawater inundation in coastal communities. The chances for development in smaller countries have been harmed by the mess created by the now powerful nations.
"In Papua New Guinea, and around the world, our people are dying as a consequence, and living standards are being eroded and opportunity denied.
"The world needs increased action now, to make further commitments to reduce emissions, and to help communities to respond effectively to climate change challenges."
O'Neill said the destruction caused by climate change extreme weather only adds pressure to global refugee movements caused by conflict.
"Another major challenge we face is the dislocation of people from their homes and communities. We are facing a refugee crisis in the world today. People are being pushed out of their homes because of war, natural disasters and the loss of livelihood.
"This is the plight of millions of people from developing countries, who face dismal futures if they survive at all. The responsibility for accommodating these refugees, people who through no fault of their own are suffering, is with the countries whose actions led to their displacement.
"We only have one planet, we all share that planet, and people should be free to travel and settle when their homes have been taken away from them. We talk about greater freedoms for the people of the world. We talk about freedom of speech, we talk about democracy, transparency, good governance and human rights. But talk is easy. All too often the concept of human rights is just the theme of convenience. We need to make the process of migration less complicated and more humane." 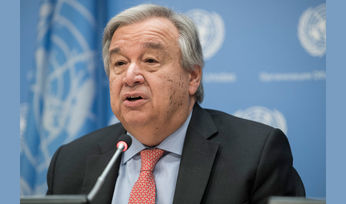 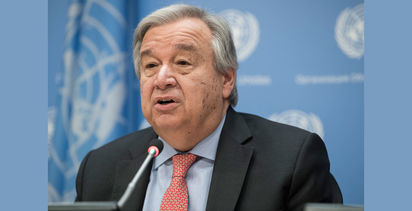 Push on climate from UN in Fiji